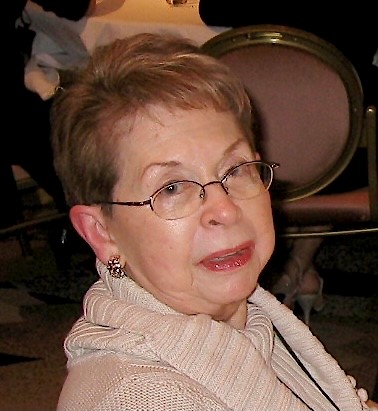 Nylda Estrella Mitchell, beloved wife of the late William (Bill) Bertram Mitchell, passed away at Scarborough General Hospital on Thursday, June 3, 2021 at the age of 90. Nylda was born on March 26, 1931 in Santurce, Puerto Rico. When Nylda was 14, her father Felix passed away. She then moved to Miami with her mother, Julia Correa Estrella, her sister Lydia, her brother-in-law Walter Hanchett and her nephew Roberto.
Soon after graduating from Miami High, Nylda went on to explore the world as a flight attendant with Pan American Airways, making New York her new home. After meeting Bill on a layover in Puerto Rico, she moved back to Puerto Rico marrying Bill. They went on to have 3 children: Laura, Patty and Bill.
The family moved to Toronto, Ontario in 1970. During the next 40 years she moved and lived in Thornhill, Markham and Ajax, Ontario. Nylda spent her early years in Canada as a stay-at-home-mom. As the kids grew, she took on work outside the home and spent many years working alongside Patty.
Nylda visited Puerto Rico several times over the years, including trips with Andrea and Bill, Laura, and Patty, where she shared many memories and stories. She loved Puerto Rico. She treasured her many family and friends relationships some of which were Roberto and Ivy Hanchett and Pan Am friends Sophie and Betty.
Nylda is survived by Laura, Patty, Bill (Andrea), and grandchildren Lucas and Samuel. She was pre-deceased by her sister Lydia and her loving parents Felix and Julia.
Nylda will be cremated with some her ashes being returned to Puerto Rico. There will be a small, private service on June 9 for close friends and family. The service will be video recorded for those unable to attend. Donations can be made in Nylda's name to the Canadian Cancer Society.
**A Live Stream Event for the Celebration of Mom's life on Wednesday June 9 will be available for all to see. The link, shown above or beside Mom's NAME, here in this obituary will be placed at 12:25 to 12:28 PM. The funeral will begin at 12:30 PM. Please click on this link: "To view Webcast please click here." to see the live stream.