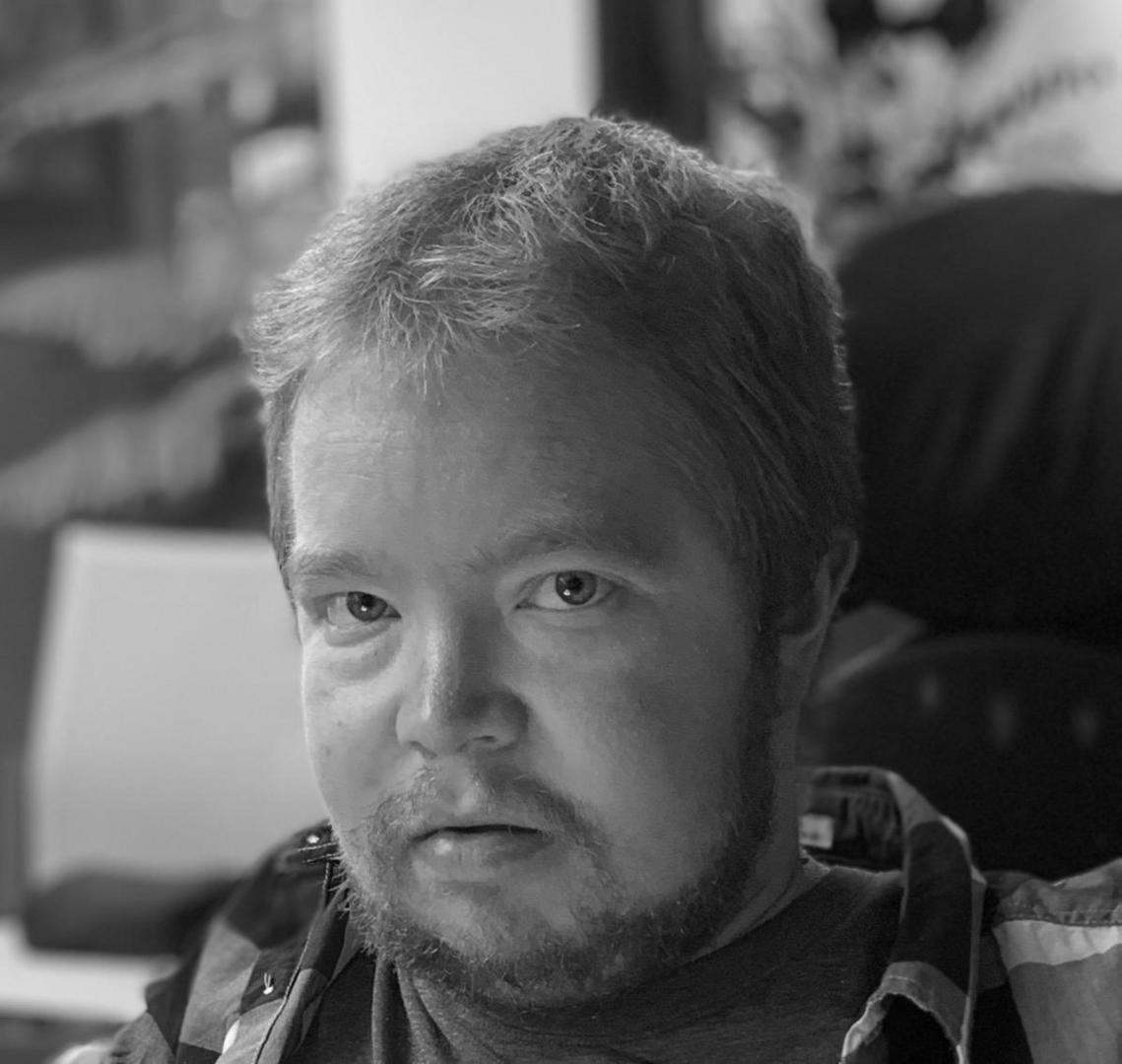 It is with profound sadness that Wilson’s parents, Marianne and Wil Verheyen in Toronto, and his sister Amanda in New York, announce his passing on August 30, 2022, in Toronto. Our much beloved son and brother has left us after living with Duchenne Muscular Dystrophy his whole life. Wilson also leaves behind aunts, uncles and cousins, most of them living in the Netherlands. Despite his disability, Wilson was strong; perhaps the strongest person we have known. He never lost the drive to pursue his goals with enthusiasm, courage and perseverance. However, a recent COVID-19 diagnosis left him weak and suffering from intolerable pain, which was too much in the end.

Wilson was an alumnus of the IB program at the York School and an alumnus of York University where he studied graphic design and music. Against many odds, and with what limited physical strength he had, he learned to play the guitar with a special interest in flamenco. Music became Wilson’s joy and his life line. During his four years at York University, he was a member of the York University Guitar Ensemble and continued to compose and produce his own music upon graduation. As his legacy, he has left us with three beautiful albums of his own guitar music (Solace, 2011, Shorelines, 2017, and Horizons, 2021). His two most recent albums can be heard on Apple Music, Bandcamp, Spotify and YouTube.

We are deeply saddened by Wilson’s passing and will miss him forever.

A visitation will be held at the Mount Pleasant Funeral Centre (375 Mount Pleasant Road, Toronto) at 5 p.m. on Thursday, September 1, followed by a service at 6 p.m. The actual burial service will be private.