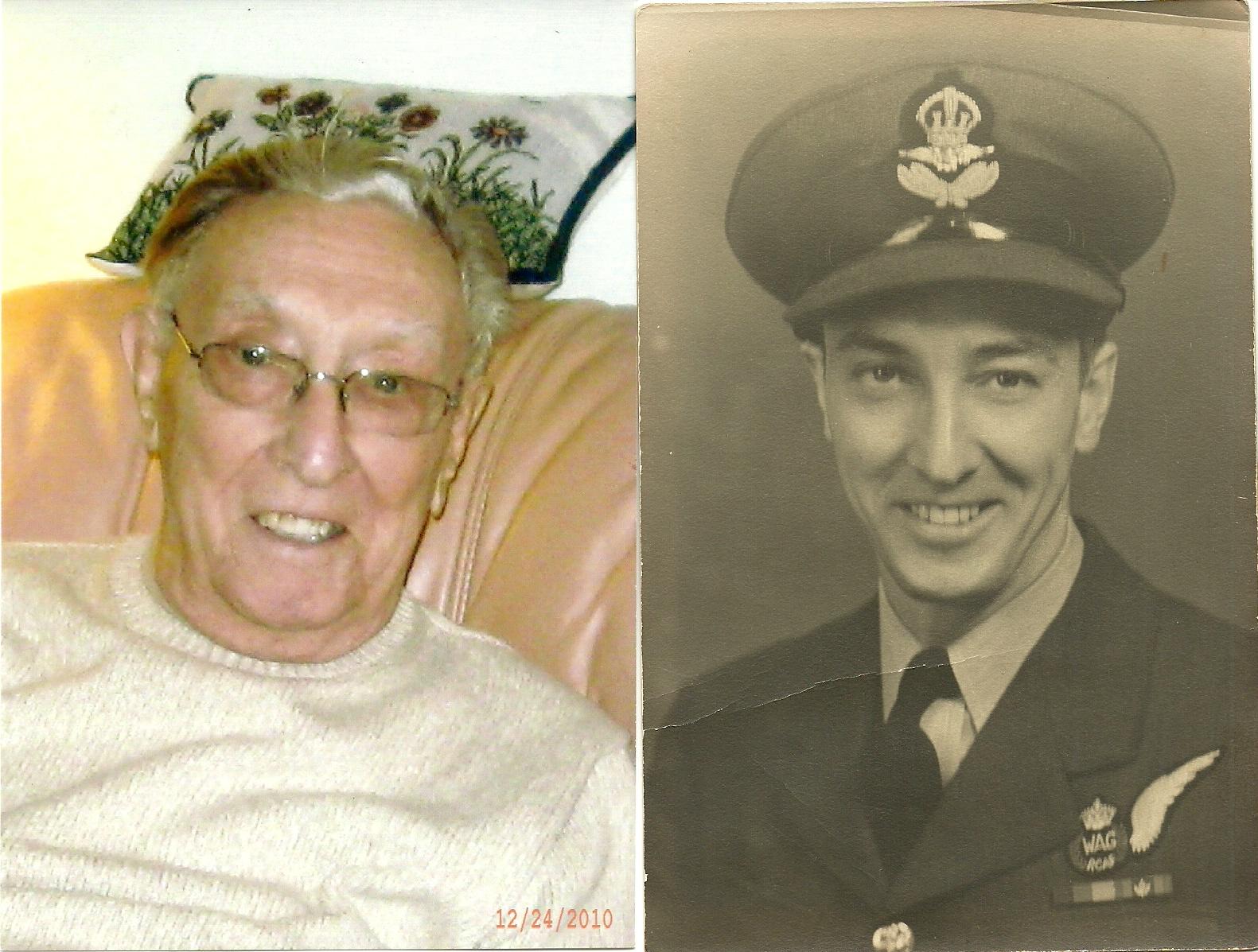 Flying Officer (RCAF, EAC, 145 Sqdn, Retired), William John Groves, has departed on his final flight. He joins his beloved wife, Eileen Eleanor Emmett (2017) and infant son John (1951). Left with a gigantic hole in their lives are daughter Judy Iles (Terry – deceased 1991) and son, Steve Groves (Jayne); adored grandson Scott (Anne) and the three shining stars in Pa’s life, great grandchildren Dorothy, William and Gwyneth. Jack also leaves many nieces, nephews, cousins and friends who all held a special place in his heart.
Jack was a very humble, quiet, gentle and selfless man, but also had a wickedly dry sense of humour. Jack never thought that he had done much with his life, but the huge crowd that attended his 100th birthday party proved him wrong. He lived 100 years, 6 months and 3 days and always put the thoughts of others first before his own.
During World War II, he served his country in both the Canadian Army (Royal Regiment) and with the RCAF (145 B.R. Squadron) under Eastern Air Command. He started his service in 1941 with the Army, but was soon transferred to the RCAF as this had been his preferred choice. Jack was stationed in both, Torbay, Newfoundland and Dartmouth, Nova Scotia from 1942 – 1945. Flying in Hudson and Ventura bombers escorting convoys against the German U-boat threat, he served as a wireless/air-gunner with fast Morse code fingers. After the war Jack worked at Canada Post until he retired in 1979. He always joked that he was retired much longer than he had ever worked!
Our family would like to thank the wonderful staff at Grace Manor in Brampton who kept him happy, laughing and safe (especially during the COVID-19 pandemic). We know that all of the staff cared for him like he was family.
A private service will be held. In lieu of flowers, the family asks for donations to the charity of your choice or from the list in the donations heading.