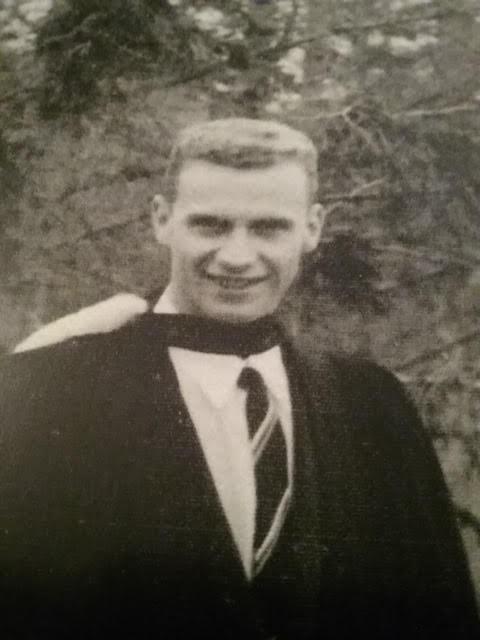 Bill died peacefully at Mount Sinai Hospital in Toronto from complications of Lewy Body Disease. Bill was surrounded by his family, his beloved wife and soulmate Dale Robinette, his son Rob and wife Kerry and son Geoff and wife Sherry. Survived by his loving sisters Bea Rusk and Linda Hull, Bill was predeceased by his parents Dorothy and Jim Neish, his sister Lorna Harrison and his first wife Audrey Mason.

Bill grew up in Banff, Alberta part of a rugged family, many originating from Glasgow’s Gorbell’s (toughest) area, yet he somehow morphed into an elegant and urbane gentleman with a wicked sense of humour. He was certainly influenced by the artistic Grandmaison family and in particular their son Rick who was Bill’s best friend and often partner in crime.

Bill briefly attended UBC Business School before finding his real niche in Architecture at The University of Manitoba, graduating in 1957. Bill married Audrey in 1959, immediately setting out on a 5-month architectural tour through Europe and the Middle East. Upon their return he joined the Winnipeg firm of Smith Carter Searle, later opening their Toronto office. In searching for office space, he met Gordon Gray who introduced him to a circle of friends who quickly befriended him. The camaraderie of these work hard / play hard friends has lasted to this day.

He joined Parkin and Associates which later became Neish Owen Roland and Roy, and then NORR Partnership Limited, a firm which has expanded into a worldwide enterprise, including offices in the Middle East. While Bill was there, they completed projects such as: the TD Centre, IBM Head Office, Simcoe Place, Toronto Airports Terminal 2 and many more. He was particularly proud of forming the RAN (Robbie Adjelan NORR) Consortium with architect Rod Robbie and engineer Mike Allen which won the contract to design and build the Toronto Skydome. He also delighted in the friendship with Carlos Ott who he brought to NORR shortly before Carlos won the competition for the new Paris Opera Bastille.

Bill was a generous and loving father and grandfather (to Robin and Oliver Neish), passing along his sense of humour and love of travel. The Neishes travelled and gathered often as a family, especially with Sue and Bill Crerar’s family. He met Dale on a project for the law firm of McCarthy Tetrault and they were married in September 1995. When Bill sold his interest in NORR, Dale retired too, spending many years travelling the world, falling in love with New Zealand where they wintered for 16 years in Gulf Harbour on the Whangaparaoa Peninsula, making more lifelong friends including the Littles and Webbs, and their intrepid and wonderful hiking group from Pukekohe.

Bill became a tour guide and driver to more than 25 couples that came to visit him and Dale in New Zealand, some more than once. In the summers he became a popular addition to Dale’s group of friends in Southampton Ontario and helped in the rebuilding and restoration of the Chantry Island lighthouse keepers’ home. Bill sat on several boards including the Ontario College of Art and Roy Thompson Hall, but his favourite gatherings were the more social, Citation and 4872 Clubs, Saugeen and Gulf Harbour Golf Clubs and HIBILI (NZ) hiking group.

In his last few years Bill suffered from Lewy Body Dementia, affecting his physical and mental capacities but never his kindness or wonderful sense of humour. He was charming, with a gentle temperament and inquiring mind, always a true gentleman.
Thanks to the many fine medical professionals at Mt. Sinai Hospital, especially Dr. Eric Kaplovitch, that cared for Bill in his last days and to all those that cared for him at The Bradgate Arms, especially Elizabeth and Thea. We also thank everyone for the outpouring of kindness, prayers and wishes from numerous friends of many decades and continents.

As is fitting for Bill, a celebratory cocktail reception will be held from 4-6 pm on Saturday January 18th at the Mt. Pleasant Cemetery Funeral Centre. A further celebration will be held in Southampton Ontario in the spring.

In lieu of flowers, memorial donations may be made to Parkinson Canada, 4211 Yonge Street, Suite 316, Toronto ON M2P 2A9