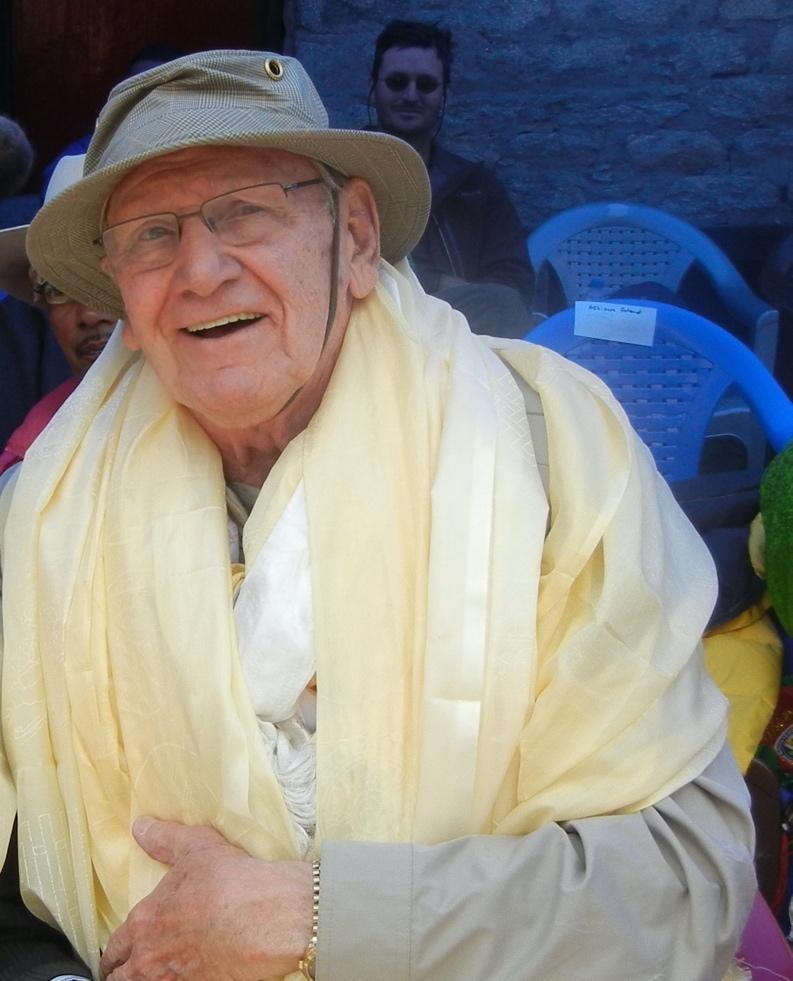 Without question, William (Zeke) O’Connor was a giant among men both in physical stature, and in the impressive way he chose to live his life. He gave more in life than he ever took and loved his family over all else.

Born in New York City in the midst of the Great Depression, the 6’4” Zeke O’Connor was a recognized athlete at an early age. He attended Mt. St. Michael Academy where his football career began. He received his undergraduate degree from the University of Notre Dame and his MBE from Columbia University. Zeke played football from1944-1946 at Notre Dame, and went on to play at Great Lakes Naval Station in 1946. In 1948, Zeke was selected to play for the US College All Stars before going pro. His NFL career started in 1948 with the Buffalo Bills’ (All American Conference), followed by the Cleveland Browns (All American Conference Champions) in 1949, and finally in 1951 with the New York Yanks.

In 1952 Zeke moved to Canada to play pro-football for the Toronto Argonauts, and was proud to have had a hand in helping the Argos secure the 1952 Grey Cup by catching the game-clinching touchdown.

After retiring from football in 1953, Zeke began a long career with Sears Canada. From 1956 to 1981 Zeke was cast as color commentator on the CBC RADIO Grey Cup Series Broadcast, and between 1960 and 1972 he worked with CFRB, broadcasting commentary during Argo Football games. Later, in keeping with his affinity for sports, Zeke was named Honorary Coach for the 1986 Canadian Special Olympics Team. He had meanwhile founded Nepal’s 1st Special Olympics Team, using his own funds.

In 1973, Zeke met Sir Edmund Hillary, the first man to summit Mount Everest, with whom he travelled while on merchandising assignments with Sears Canada. Their experiences inspired Zeke to establish The Sir Edmund Hillary Foundation of Canada, which became his life’s passion, to help the Sherpa’s help themselves. Since inception in 1976, the SEHF has raised millions to build much-needed infrastructures related to health, education, and the environment in the Solo Khumbu region of Nepal.

In 2011 Zeke coauthored ‘Journey with the Sherpas’, The Story of Zeke O’Connor, and the Sir Edmund Hillary Foundation, published by Wintergreen Studios Press. With his daughter Karen at the helm as President, the Foundation continues its important work, raising funds to support projects in the region today.

Throughout his life’s journey, Zeke was bestowed many well-deserved accolades and awards, including receiving the Governor General’s Sovereign Medal for his work with Special Olympics in Canada, the Ontario Sports Hall of Fame Sandy Hawley Award, the Life Time Achievement Award from the Rotary Club Toronto West , Inductee into The Etobicoke Sports Hall of Fame; the Harvey Foster Award from University of Notre Dame ; the Man of The Year Award from The University of Notre Dame Monogram Club; the Special Olympics Honorary Life Member; the Golden Jubilee award from Himalayan Trust and the SEHF Nepal; the Paul Harris Fellowship for Humanitarian World Rotary Club Canada Award and the Presidents Award Variety Club Canada.

Zeke would say, none were so humbling as the recent naming of ‘The Zeke O’Connor Beyul Healing Garden’ located behind the Kunde Hospital in the High Himalayas. This honor was conferred in recognition of Zeke’s work with the Sherpas in administering medical scholarships to local recipients who have gone back after their studies abroad to work in their communities as doctors; and for the over 40 years his Foundation has funded the Hospital’s Operation. The Zeke O’Connor High School, named in his honor, was built in 2010 with funds raised through the SEHF. The school teaches approximately 150 boys and girls from grades 8 through 12, allowing local students to complete their secondary education close to home and family, and is the only school in the region offering a STEM curriculum.

He is predeceased by his parents, William Francis O’Connor and Ada Klausman, and 5 siblings Jimmy, Ada, Charlie, Marie, and Ed, and is survived by one sister Ruth Hanretta, and he will be dearly missed by his companion of 10 years, Jeanne Cornacchia, and long-time close friend and wing man, Bob Kolbuc; as well as so many others, whose lives have been touched and continue to be enriched by the memory of Zeke and the legacy he leaves behind.

If you wish to make a donation to support the Zeke O'Connor School in Phaplu, Nepal, please visit: https://www.canadahelps.org/en/pages/zeke-oconnor-school-fund/
------
A celebration of life will be held at a future date.
Condolences Mt Pleasant Cemetery online www.etouch.ca