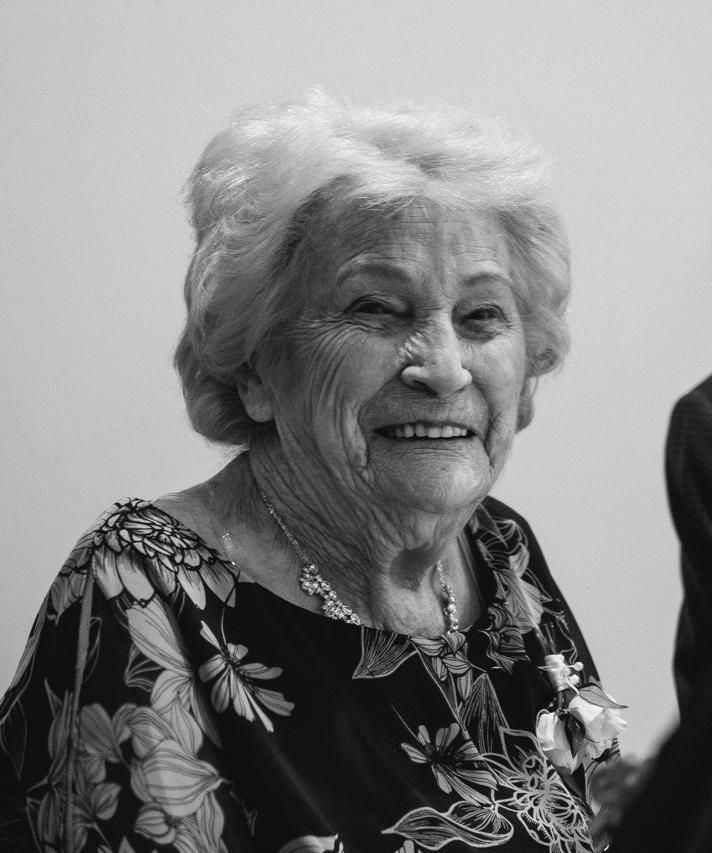 POLLARD, VIOLA "MICKEY" Viola "Mickey" Pollard (née Thornton) died this week, aged 101, at Villa Forum nursing home. She was born on November 25, 1919 in Toronto, where she would live her entire life. Her early years were shaped by Depression-era Parkdale. She left school at age 12 to find employment. After her mother died when she was 21, she turned to running a household that included her father, who was left troubled by the First World War, and three brothers, one of whom was blind. She was resilient, frugal and devoted to her family, traits that became emblematic of her generation. Eventually, life got better. During a visit to Sunnyside Pool in 1940, she became enamoured with Horace "Bill" Pollard while watching him on the diving board, a brief courtship led to a happy marriage. They raised their family of five children in the same house on Sheridan Avenue in which she grew up; three imposing and funny boys and two energetic girls joined her father and brothers under one roof. Mickey managed them all. She tolerated her husband's love of the outdoors but put her foot down when he suggested selling their home and moving to the family hobby farm outside of the city. An idyllic Torontonian of her era, she rode the streetcar, used a wagon to get her groceries, loved the Toronto Maple Leafs, and pronounced her hometown as "Trawna".

Once their children had families of their own, she and Bill moved to retirement in Mimico. They had a happy retirement life there, hosting family gatherings and joining the darts league at the local Legion Hall. Mickey's family eventually grew to include nine grandchildren, three step-grandchildren, and 19 great-grandchildren. She was very loving and kept up with them well into her 80s, playing horseshoes, frisbee or catch. She pretended to be stern - their misbehaviour would prompt her to warn them about a lickin' that never came. Mickey's resilience proved necessary in her later years as she survived the deaths of three of her children, Ray (Anne), Diane (Terry Edgington) and Jim (Sharon), as well as her beloved husband Bill. Her last ten years were spent at Villa Forum. She is survived by Ken (Janice) and Marilyn (Eugene Sweeney). Her iron will never subsided. Born into a year of the Spanish flu, she survived a bout of COVID-19 more than 100 years later in 2020. She was the ultimate model of strength and good humour, a wonderful matriarch who will be greatly missed by her loving family and friends.

Mickey's final years were spent at Villa Forum Long Term Care in Mississauga. There was not a person in that building who did not have an affect on the love and support she received during the close to 10 years that she was a resident. Mickey's family is forever grateful to the entire staff who made her days so bright. They made it home for Mickey and it was perfect that she passed peaceful in her home. She was treated with dignity, kindness and love. There are so many to thank over the past 10 years and they know who they are. You were very special to Mickey and we hope you realize how special you are too. Thank you for showing up to work during this pandemic to care for Mickey on behalf of our family. We will never forget your dedication and support. We love you.
God bless you all.

Meadowvale Cemetery, Cremation & Funeral Centres
7732 Mavis Road, Brampton, ON, CANADA, L6Y 5L5 Get Directions
Saturday, 8 May 2021 11:00 AM - 11:30 AM
Info: Due to COVID-19 restrictions, this event is by Family Invitation Only.
Make a Donation
Help Extend the Memorial
Order a Keepsake Book