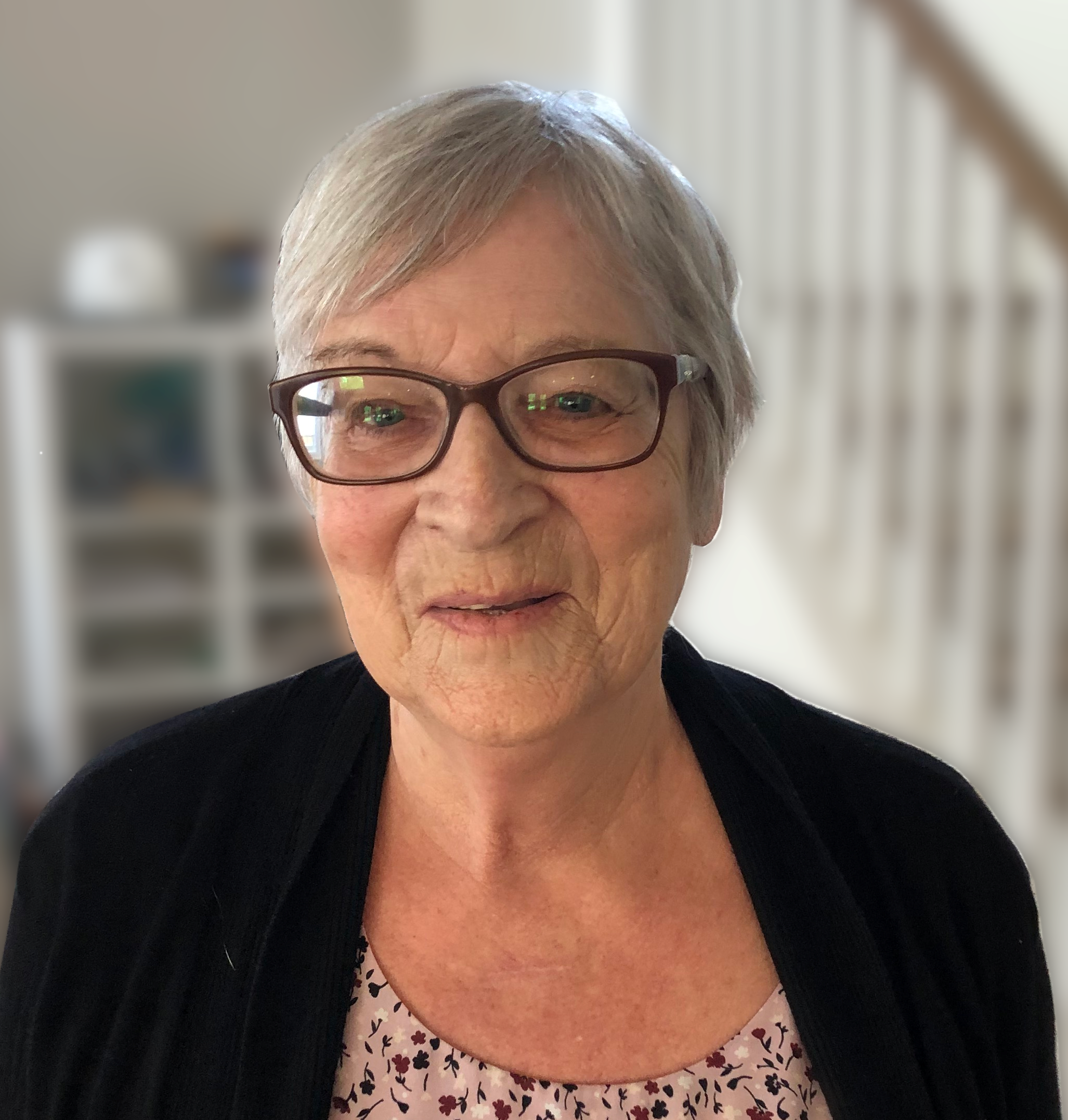 Veronica Harbinson, aged 71. Died peacefully at home with Shauna, Victoria and Patricia by her side in the early hours of Monday March 22, 2021.

Dear cousin to Pat, the late Colin and Aunt to their children Ian (Emma), Helen (Scott), Stuart (Andrea) and Michael (Jessie) and their families. Dear cousin to Peter (Janet).

Loving friend to Donald & Alice and family, Maureen & the late Peter and family, Sylvia & Dave, Bobby & Dee, John & Jackie, the Teachers of St. Basil Elementary School and all those who hold a special place in our hearts as extended family.

Born on August 24, 1949 in Birkenhead, England to Jack & Peggy Connolly, Veronica was the youngest of 3 children. ‘Ron had a special relationship with her older brother Michael (d. January 2021) and her sister Bernadette (d. Oct 2002).

Veronica and Alan met in 1968 and they were married in July 1973. They immigrated to Canada in 1974 and spent 5 years in Brampton. They went back to England in 1979 and then returned to Canada in 1982 with their daughters, Shauna & Victoria, where they built a life together in Brampton based on love and always laughter. Together Alan and Veronica worked hard to provide for their family and instilled values of integrity, empathy and importance of family in their daughters’ upbringing which have supported Shauna and Victoria in all their endeavours.

Veronica’s teaching career continued upon immigrating to Canada. She taught at Cardinal Newman Elementary School and Father C.W. Sullivan School before making a home at St. Basil Catholic School in Mississauga, where she taught for 24 years until retirement. Veronica’s career as a SK, Grade 1 and Grade 2 teacher spanned 40 years, throughout which she positively impacted the lives of many young minds.

Veronica retired in June 2011. In her retirement, ‘Ron happily tagged along to once-in-a-lifetime vacations that Alan took great pride in organizing. These included memorable trips to the Redwoods of California, Bahamas, British Columbia, Alaska, Australia and New Zealand. She also enjoyed trips back to England to spend time with her brother Michael and Riv, and trips with the 55 Club at Church.

Veronica had a deep-rooted faith that brought her much solace when she lost Alan in 2018 and when she herself was diagnosed with the same cancer in August 2020. ‘Ron will be remembered for this faith, her strength, her independence and her great sense of humour that she brought to everything. She is loved unconditionally and will be missed by all who knew her.

In lieu of flowers, donations can be made to Diabetes Canada or the Canadian Cancer Society.

Due to COVID restrictions, there will not be a visitation for Veronica.

Veronica’s funeral will be held at St. Marguerite D’Youville Parish in Brampton on Wednesday April 7th at 11am. Again due to COVID, we have to stay within the capacity of the Church. If you plan on attending in person, please email Victoria at tori321@hotmail.com by Saturday April 3rd to indicate your intent to attend and we will confirm if you are able to do so by Monday April 5th.

The funeral will be live streamed as well via St. Marguerite D’Youville Church. Link to the live stream Is listed under the Funeral details tab.

When it is safe to do so, Shauna and Victoria will arrange a celebration of Mum's life for us all to get together to honour Mum as she deserves.

St. Marguerite d' Youville Parish
2490 Sandalwood Parkway East, Brampton, ON, CANADA, L6R 3A4 Get Directions
Wednesday, 7 Apr 2021 11:00 AM - 12:00 PM
Info: For those viewing online, the link to Mum's funeral is https://www.youtube.com/channel/UCZysm9ZXZdYHgK7P9OCzx1Q It will be live streamed on St. Marguerite D'Youville's YouTube page.

https://www.youtube.com/channel/UCZysm9ZXZdYHgK7P9OCzx1Q
11:00 AM, EST, ON, CANADA, L6R 3A4 Get Directions
Wednesday, 7 Apr 2021 11:00 AM - 12:30 PM
Info: Mum's funeral will be live streamed from St. Marguerite D'Youville Parish's YouTube channel. Please copy & paste the link above into your browser. We will do a sound and video check prior to the start of the funeral. The Order of Service can be found under the Media tab above > Documents