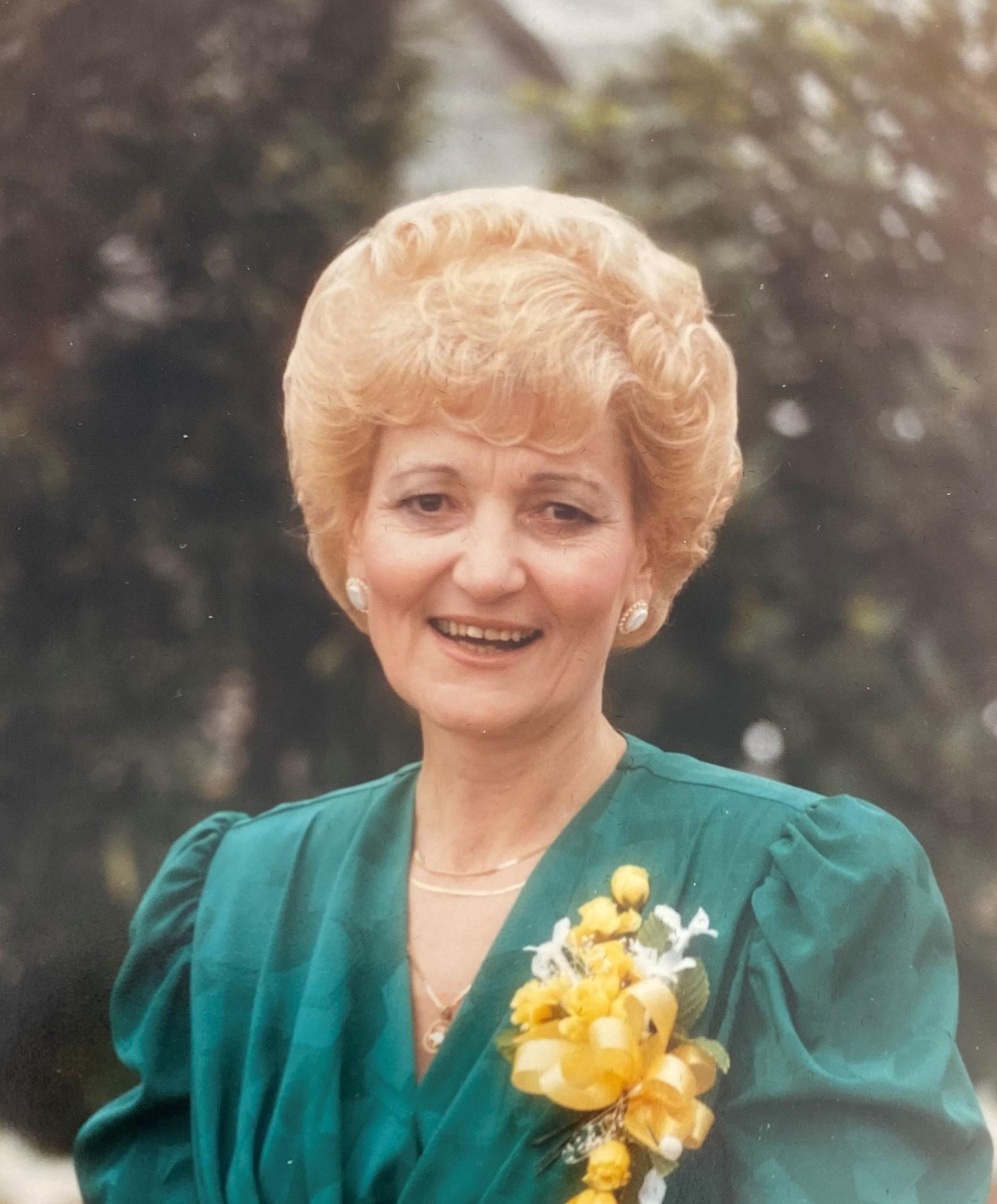 Vassiliki Bourikas
July 23, 1935 – June 18, 2022
It is with great sadness that we announce the passing of Vassiliki Bourikas on June 18, 2022 at the age of 86 years old.
Vassiliki was born on July 23, 1935 in Douneika, Greece and was one of seven children (Nicolitsa, Frances, John, Ana , Andonis, and Irene). She travelled to Canada in 1956 where she soon after met her beloved husband George. Vassiliki and George married in 1958 and spent 64 wonderful years together. They raised their two children (Nicos and Eve) in Toronto, Canada, instilling Greek roots into them along the way.
Vassiliki enjoyed having family and friends over for a meal, and would never let anyone leave her home without a full belly stuffed with souvlaki, spanakopita and her famous cookies, along with a hefty container of leftovers for the next day. She loved dancing to traditional Greek music.
Vassiliki is survived by her husband – George, siblings – Nicolitsa, and Andonis, two children – Nicos (Susan) and Eve (Spiro), four grandchildren – Joanna (Marc), George (Jenifer), George (Irene), and Nino (Samantha), and her three great grandchildren – Spiro, Sammy, and Niko. Visitation will be held at Pine Hills Funeral Centre on Friday, June 24th from 10-11am. Funeral Service at 11am. Burial to follow at Pine Hills Cemetery.