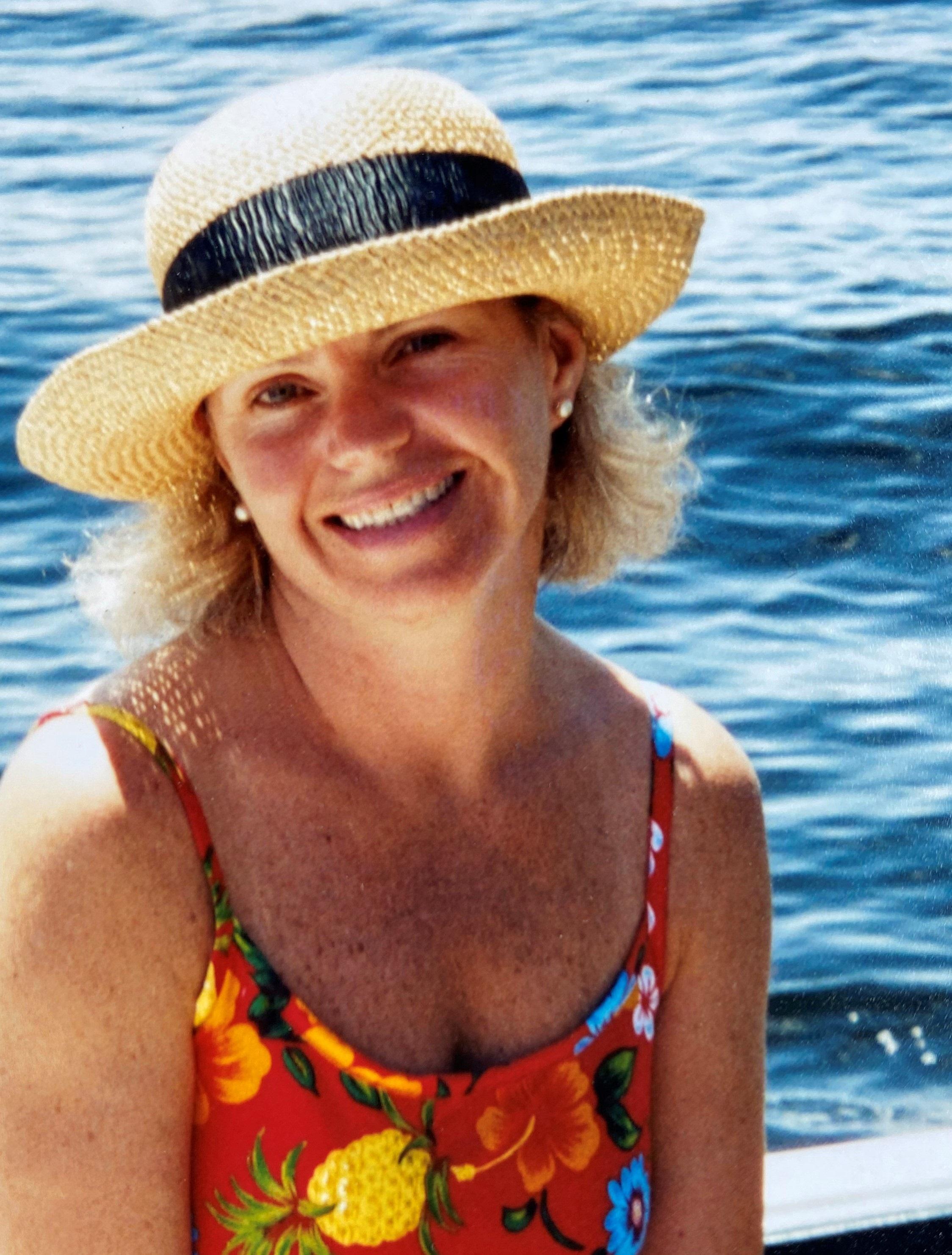 At home with family at her side, Terri passed away peacefully on July 15 after a long battle with cancer. She leaves behind sons Marshall and Evan, husband Don Hogarth, brother Sean and parents Dianne and David Cunningham. Her loss is also deeply felt by aunts and uncles Anne Panter, Linda and Dan Evans, and Eileen Robertson; cousins Diana, David, Natasha, Megan and Jeremy; brother and sisters-in-law John, Susan and Jane Hogarth; and stepmother Anne. Terri adored her nieces and nephews Mia, Mariana, Liam, Mattie, Georgia, Renée, Henry, Richard, Lauren and Jack. Her dear brother Kevin, who predeceased her, was never far from her mind.

Terri knew what she wanted, and she had the confidence and determination to be uncompromising in its pursuit. She rarely backed away from a challenge, whether personal or professional. Terri began her career in advertising. Later as a teacher and private tutor, she encouraged students to achieve excellence. In her design business, she drew clients to her creative vision for inspired spaces. She was good at it all.

Terri had a deeply rooted sense of right and wrong, and a rare instinct for common sense solutions. People on the “right” side of that divide earned her enduring loyalty, and she was always there when they needed support.

Terri began her schooling on the University of Michigan campus, and then moved to London, Ont. She graduated from Sir Frederick Banting Secondary School and Bishop Strachan School. She earned a Bachelor of Science (Geology) degree at Western University and later a B.Ed. degree at University of Maine. Terri worked as a camp counsellor, swimming instructor, nursing home assistant and in other jobs. In high school, she excelled at competitive swimming and badminton, and later took up tennis and skiing at the B&R and Georgian Peaks. Her love of the arts and music was reflected in her support of local artists. Her community work included Parent Council President at Rosedale Public School and volunteering for Mayfair and at RSGC.

Marshall and Evan were at the center of Terri’s life. At home, the door was open to the boys’ friends, and Terri and Don were regularly rewarded with their presence. They both loved hosting family occasions and parties with friends. In earlier years, Muskoka was Terri’s “special” place. More recently, she discovered St. Andrews, NB, where she and Don spent much time and formed strong friendships. Terri loved travels with Don, family and friends, especially to Italy, Eleuthera, the UK and New York.

Terri’s determination was never more apparent than in her 18-year fight against breast cancer. She was brave throughout, and over time found an inner peace, opening her heart wider to the love of family and close friends.

An online memorial service will be held on Friday, July 23 at 11am via Zoom, please cut and paste this link into your browser: https://us06web.zoom.us/j/84489038479?pwd=Z2R6UnBoQnVYckJ4L1BPTUszeVNhZz09. Please note: The Zoom room will open at 10:30am on Friday, July 23rd. There will be a zoom recording made available after the service for those who cannot attend on the day of the service.