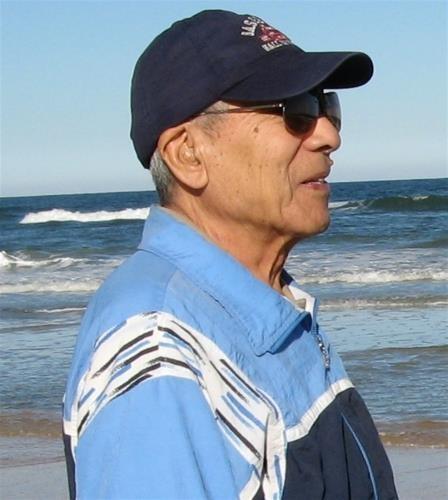 Buzz, nicknamed by friend Stoney Sora, was born in Cumberland, BC. He worked as a teen lumberjack with his brother Tak at the Deep Bay Logging Company near Duncan, B.C. He played baseball with the Hillcrest Giants and also loved playing and coaching hockey. During WWII he was moved to Hasting Park, then was sent to a Northern Ontario lumber camp near Dalton Mills, Algoma and then to Toronto where he met his wife Mae. In Toronto he upgraded his education to include bookkeeping and was involved in many school construction projects with the Cullen Construction Company. He played hockey in 1944 at Ravina Gardens with a JC team called Young Canadians. He also volunteered as a linesman for the Toronto Nisei Hockey League. He championed with his friend Bill Fujimoto a Japanese Canadian softball team in a Toronto league during WWII, and played and coached semi-pro baseball for the Toronto Westerns at Coronation Park during and before 1953, and the Buzzers in the Toronto Sunday league. He continued to coach for 25+ years, mainly at the East York Baseball Association, coaching 9–12-year-old including his sons. He was also the East York Convener for a number of years and was inducted into the East York Hall of Fame. He also volunteered at the Toronto Buddhist Church with boys club and driving his daughters to odori and other activities. In his sixties Buzz found the game of golf and enjoyed it immensely. Golf vacations with the boys and his many friends were a highlight. He also enjoyed bowling and watching his kids and grandkids play baseball with his wife Mae for many years.

Buzz was the sixth of nine brothers in the family of Asaji and Maki (Tokimitsu) Ogaki. He is predeceased by his eight brothers that passed before him: Hajime, Takashi (Tak/Jack), Hiroshi (Ross/Rosie), George, Sueyoshi (Ron/Chops), Chips (Tsuyoshi), Charlie (Katsumi) , and Toshiaki (Tosh). They can now be reunited to continue their Field of Dreams.

Thank you to the staff of Momiji for the wonderful care and support at their retirement apartment In lieu of flowers, donations may be made to the Momiji Health Care Society, or the Toronto Buddhist Church. A Celebration of Life will be held in the spring of 2023.
Order Flowers
Make a Donation
Help Extend the Memorial
Order a Keepsake Book