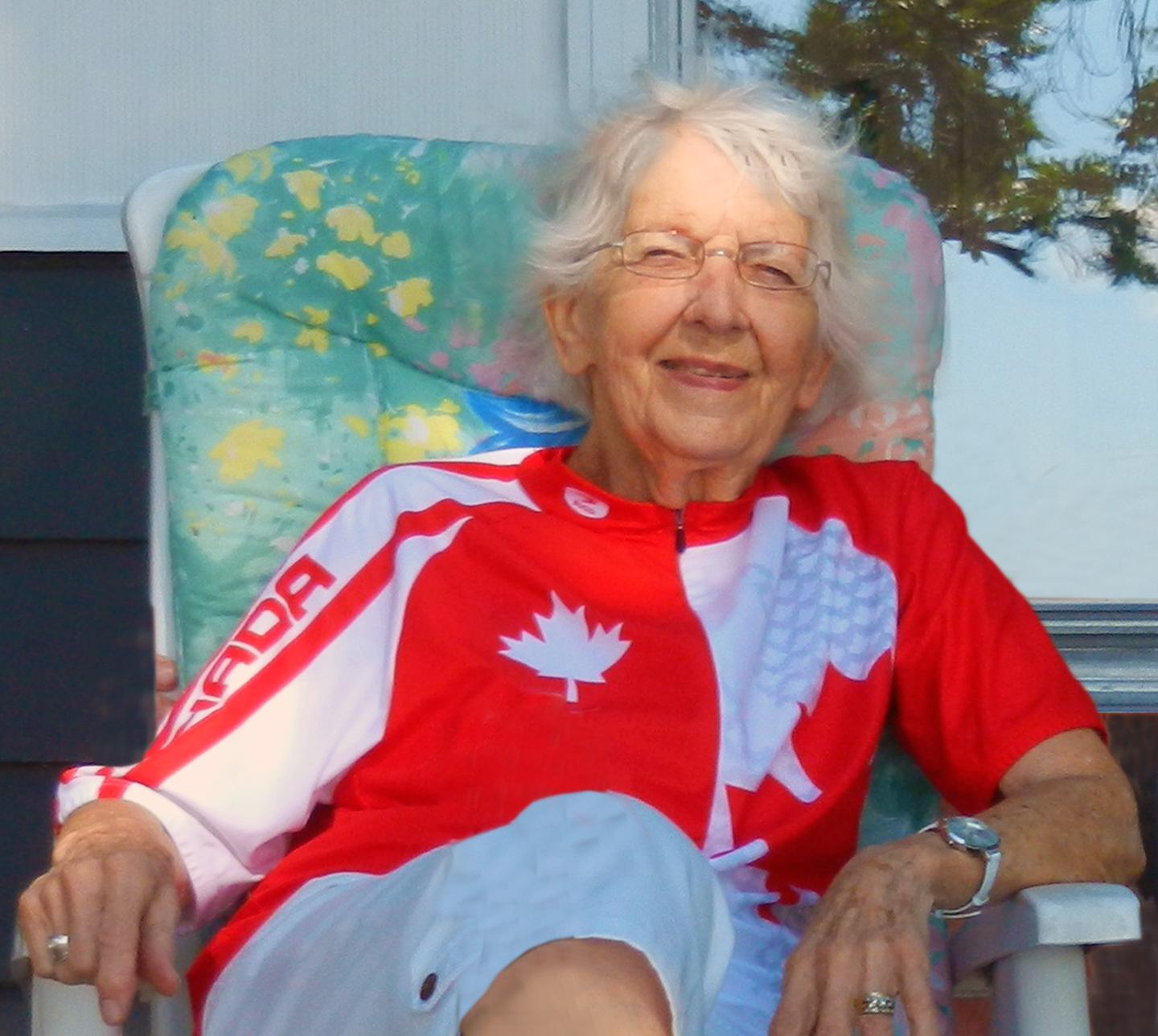 Susan (Sue) Ellen Palmer, passed away peacefully on Thursday, December 9, 2021 in the Palliative Care unit at Michael Garron Hospital. Susan was born on Wednesday, September 19, 1928 to Andrew and Ellen Elliott in Toronto, Ontario and was the eldest of 2 children. She attended Earl Haig Public School as a child and continued her education at Riverdale Collegiate Institute. Although they actually met in grade 3 of public school, Susan and Albert George Palmer became a couple years later and eventually married in 1949.

After working for City Buick Pontiac car dealership, Bell Canada, Imperial Oil, Prudential Insurance, then many years with Scotiabank Chargex/Visa, Susan decided that she’d had enough of the working life and retired when she turned 60. She then began to spend summers at the cottage in Fenelon Falls with husband Burt while enjoying the lakeside life, walks along the Victoria Rail Trail, and often entertaining guests. Susan loved a bargain and if she heard of a good sale in the area, chances are you would see her there. She also spent many winters working part time at William Ashley’s so she could get a staff discount and an even better price on the sale items.

Susan had a zest for life, was a fun-loving person with a positive outlook, enjoyed the Theatre, and loved to learn. She took many night school courses but her favourite pastime would be to read the newspaper, front to back, and on Saturdays would read all 3 circulations. Even if the newspaper was days old, she would want to get caught up even if it meant staying up late and nodding off on the couch while reading it. She always thought of others. Even while reading her newspapers, if she came across an article she thought you might be interested in she would cut it out. The next time you visited, there would be a bundle of clippings with your name on it and other bundles with various other people’s names as well.

Susan and Burt were fortunate enough to have travelled many places. Thailand, Hawaii, Russia, China, Italy and Alaska to name a few, as well as camping across Canada when their sons were young. In addition to the world travel, Susan was a big supporter and attended all of her son’s / grandson's hockey games and out of town tournaments as well as her granddaughter's dance recitals. Along the journeys, she saw incredible sights, had many stories to tell, met many wonderful people and developed friendships that lasted for many years.

Susan is survived by her 3 sons, Steven, David, and Michael (Karen); grandchildren Ryan, Nicholas, Samantha and Zachary; aunt to Kim, Mark (predeceased), Janette, Karen, Leslie, Greg, Steven, and Barry. Susan was preceded in death by her husband Burt, her sister Mary, bother-in-law Bob and her parents Andrew and Ellen Elliott.

In lieu of flowers, donations may be made to the Alzheimer Society of Canada. Family and friends may share memories or express condolences on this website.

Get Directions
Date and time to be determined.
Info: As per Susan's wishes, arrangements for cremation have been carried out and a “Celebration of Life” gathering will be held at Mount Pleasant Cemetery & Visitation Centre at a later date. Due to the current COVID-19 restrictions and the recent surge in cases of the new variant, we thought it would be safer for everyone involved for us to defer the celebration until a date can be determined later in 2022.
Order Flowers
Make a Donation
Help Extend the Memorial
Order a Keepsake Book