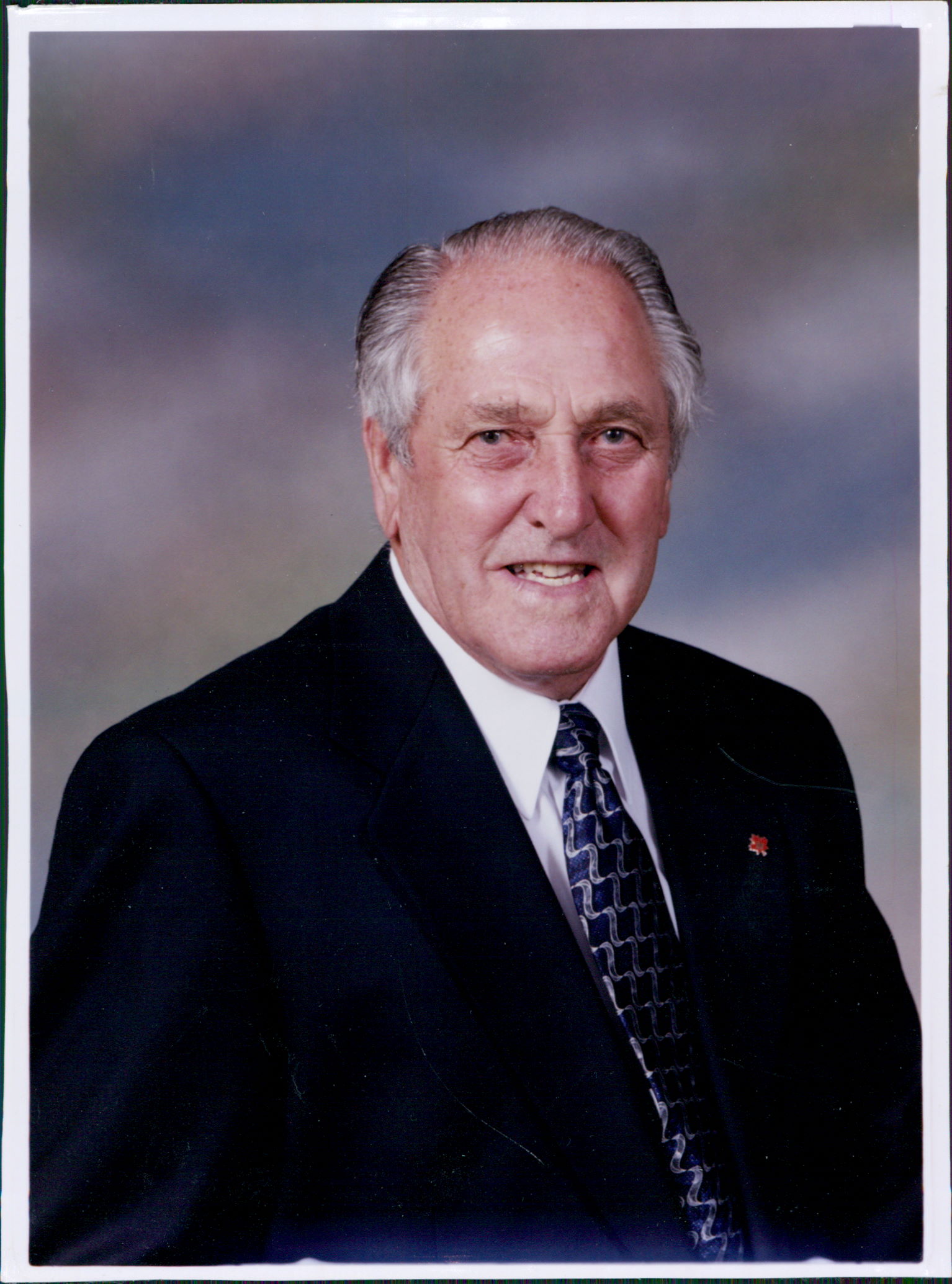 Norm passed away peacefully on September 28th 2021 at Unionvilla Long Term Care home in Markham, at the age of 96. His final days were spent surrounded by the family he loved so much. Norm is survived by his loving wife of 35 years Jean. Beloved father of Suella McGrew (David) and stepfather to Carol Fair (Lyle) and Pauline Coathup. Pre-deceased by his first love and wife Ella, his son Grant, step-daughter Rhonda McLaren and Arden McLaren. Cherished Grandfather to his ten wonderful grandsons: Brady and Nolan McGrew, Joel (Josie), Connor and Devan (Nicole) Fair, Andrew (Ildara), Trevor and Jeremy Coathup, and Michael (Sarah) and John (Laurie) McLaren. Norm will be dearly missed by all of his family and friends, including his furry companion Garfield the cat.
A celebration of Norm’s life will be held at a later date.
For further information and on-line condolences please visit www.etouch.ca

Norm got the most out of life and, in return, gave so much to others. He was a gregarious, well-travelled, friendly and trustworthy man. Norm was a loyal Australian; born and raised “Down Undah.” He gave much to his country as a Coastwatcher with the Australian Army in Papua New Guinea during WWII, all of this before the age of 21.

After the war, Norm married his sweetheart, Ella, and became a loving father to Suella and Grant soon thereafter. With his young family, he immigrated to Canada.

Norm was a well-respected and sought-after builder of houses, apartment buildings and high rises around southern Ontario. He often told work site tales. One story was of encouraging his workers to get moving on a job by showing up early on the site and, “Showing them what a day’s labour looked like,” by wielding a hammer himself. As Norm said, “Work moved along a lot faster after that!”

Norm and his family lived many years in a home built by Norm at King City. In the early 1980’s, Ella became ill, and Norm returned from a work site in Sudbury to care for her. Ella passed away in 1984.

Norm, with typical straight-forward and determined character, launched a new chapter in life. He met and married Jean, through the tenacious match-making skills of their mutual friends, the Darlings. Norm and Jean travelled the world together, with regular visits to Norm’s home of his heart, Australia. He loved to reconnect with his mates from his wartime years and with his Australian family.

Norm and Jean resided in King City first, then Unionville. In later years, they built a country home at Dornoch. And, in the mid 1990’s, moved to Eastern Gate, Stouffville. More recently, Norm and Jean retired to Stouffville Creek Retirement Residence. It was in Stouffville that Norm took his citizenship and became a proud Canadian.

Wherever Norm lived, he continued to gather friends around him. Some of the lasting bonds that he forged were with his new-formed family. His stepdaughters, Rhonda, Carol and Pauline and their spouses are all so grateful that Norm took up the task of surrogate father and full-fledged grandfather.

Altogether his children/stepchildren blessed Norm with 10 grandsons whom he adored and who thought the world of Norm (Pa).

Norm Sumner lived a full and generous life. He is affectionately remembered by those whom he loved, and who dearly loved him. We remember, with fondness, his jovial and hearty laugh; his many gifts of woodwork /garden projects; his quirky and fun sayings (much repeated by his grandsons); his connection to family and life-long friends though prolific letter- writing; his love of cats. Most of all, Norm will be remembered for his generous gift of time and companionship; his unwavering support for his friends and relatives; and his presence in our lives. He was always ready to visit, lend a hand, listen without judgement and to be a part of whatever was going on. We are so honoured and blessed to have known Norm. He so enriched all our lives. We love you, Norm!
Order Flowers
Make a Donation
Help Extend the Memorial
Order a Keepsake Book