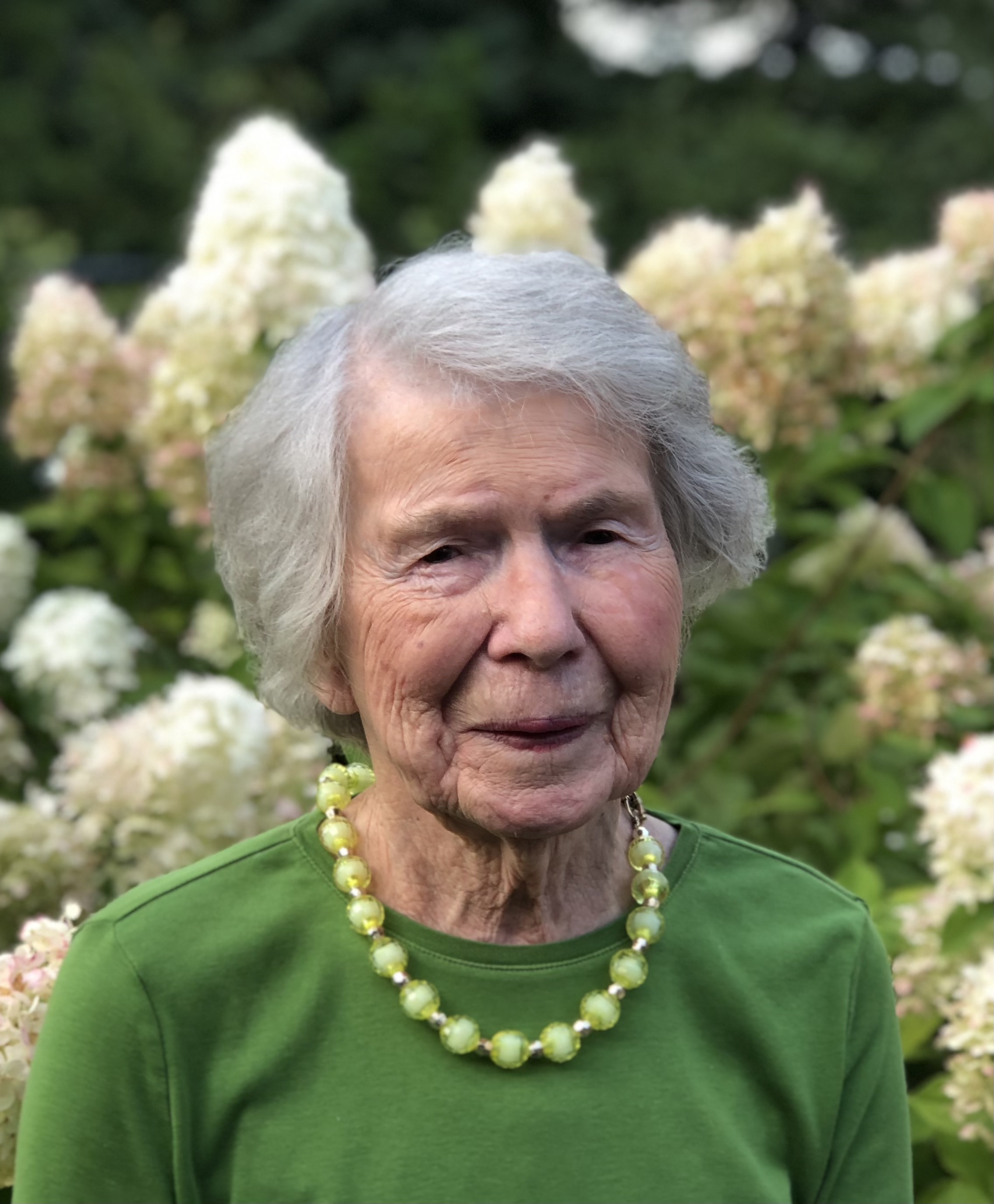 Peacefully, in the early morning hours on the first day of May 2021, surrounded by her family, Sophie Joan Peterson (nee Chenkie) passed away in her ninety-seventh year in Richmond Hill, Ontario. Sophie was predeceased by her beloved husband of 70 years, Gudmundur Peter Peterson in 2018, her parents John and Catherine, her sisters Mary Linklater and Helen Drysdale, and her brothers, Peter, Mike and Bill.  Sophie is survived by her children Sandra (Clifford Smith), Susan, Glenn (Peggy Ann Turner) and Kristin, her grandchildren Harrison, Alanna (Sabrina), Arne, Jacob, Evangeline and Freddy, and her great grandson Sabastian, her sister Janet Voyer of Wiinnipeg, MB and  her brother John Cienki (Correen) of Meaford, ON, many nieces, nephews, relatives and friends.

Sofia’s life journey began on August 28th 1924  in Milkow, Poland - the second child to Joanne and Catherina  Cienki - she immigrated to Canada at the age of 3 with her mother, older sister Mary and younger brother Mike. They landed at Halifax Harbour and travelled by train to Winnipeg where they were reunited with her father who had immigrated one year earlier to establish a home in East Selkirk, Manitoba. Sophie enjoyed her childhood growing up on the family farm with her siblings, attending grade school and especially going to the cinema. At the age of 13  - to help out the family- Sophie set out to work. From that time on her life was dedicated to helping others.  In 1946 she met Gudmundur -a recently returned World War II veteran- firstly serving him breakfast at the Waffle Shop in Winnipeg and then weeks later they met at a dance- a romance blossomed and they married on September 25th 1948. Sophie supported them while Peter studied engineering at the University of Manitoba. Sandra was born during Peter’s final year of school-then following Peter for his career- Susan, Glenn and Kristin came along in different cities: Toronto, Stafford Springs-Connecticut and Montreal. In each location Sophie took charge of the task of establishing a family home. In 1960 they built a home in an apple orchard on the slopes Mont St Hilaire, Quebec  and settled for the next 40 years. She enjoyed tending the garden-growing vegetables, fruit and flowers- taking long walks and skiing on the mountain. Her home was open and welcoming for all- her apple pies were world class.  She headed west again in 1999 this time a corner townhouse-backing up on to a nature ravine - in Richmond Hill, Ontario. All her homes were new, uncluttered and modern.

Sophie was “Mamou” to her grandchildren and just like her own children she loved and supported them as they grew up and pursued their passions. Sophie will be forever remembered for her generosity, compassion, wisdom, elegance and for her joyous laughter.

As per Sophie’s wishes a cremation  will take place. The family would like to thank caregiver Analiza, the staff at Hill House Hospice and Dr. Berger for the exceptional care and compassion they provided Sophie .  For those who wish memorial donations will be gratefully accepted at www.hillhousehospice.com or a charity of your choice.
Order Flowers
Make a Donation
Help Extend the Memorial
Order a Keepsake Book