The portion of Shirley Hoult memorial that you are trying to access requires an extension in order to become active again. Would you like to contribute to the memorial?s extension?


Shirley was born to Charles (Pal) and Katie Baker and grew up with her younger sister, Barbara, in downtown Toronto. As a young woman Shirley was a talented softball pitcher playing alongside her sister Barb, and after retiring from playing, became Commissioner of Ladies’ Softball in Canada. She was also a legal secretary for several years in a leading Toronto law firm.

Shirley met the love of her life, William (Billy) Hoult, as a teenager but the fireworks didn’t ignite until they met again as young adults. Shirley became Billy’s biggest fan and supporter as he won provincial and national 5 pin bowling championships, and she became a driver in the creation of the Canadian Five Pin Bowlers Assoc. Hall of Fame. She was a member of Meadowbrook Golf and Country Club where she was a Board member for several years, and a co-owner of a trophy company (Hoult-Hellewell Ltd.). She was independent and enjoyed working well into her 80s.

Shirley and Billy lived a life of excitement and enjoyment – always planning the next vacation or event – from Royal View Lodge to Fern Resort, Las Vegas to Disney World, cruises and many a large house party. Wherever there was fun and action, they made sure that everyone had a great time.

Shirley loved animals, bingo, golfing, the Blue Jays, Leafs and Raptors, and shopping for her kids and grandkids. She had many sides to her and could fit in anywhere. Well spoken, intelligent, kind hearted with a great sense of humor. She was known to be a practical joker at times, and she would be the sharpest dressed woman at an event.

She and Billy were extremely generous as they never forgot where they came from and did all they could to make their family’s lives, vacations and Christmas holidays special beyond their wildest dreams.

Shirley enjoyed spending winters in Titusville, Florida, golfing with her husband Billy and their large circle of close friends and summers in Canada with her family.

Shirley and Billy’s love story lasted for 56 years until Billy sadly passed away in 2016. Shirley will be forever missed by her daughters, Karen, Vicki, Debbie and Sherry, her step-sons, Bill and David, her grandchildren – Kris, Kari, Blair, Tyler, Sara, Nicole and Natalie.

** Our Mother has now gone to join the love of her life, Billy, and as hard as this is for us knowing she won't be here to share our story any longer… we also know that she felt very much that her life had completely changed when Dad passed away. So after having a stroke in 2018 and a broken hip in 2021, a part of us is thankful that she is finally at peace.

Due to the pandemic, a celebration of her life will be scheduled in the summer 2022.
In lieu of flowers, donations may be made (if desired) to Haven of the Heart at:

Sad to hear of Shirley's passing. Always loved to see her and Billy in Titusville when visiting my parents. Nobody (save Hester Garside) was quicker with the question/answers on "Jeopardy" than Shirley! Will miss her laugh and friendliness and keen interest in all things. R.I.P.

Words cannot describe how much I will miss my nana, she was the best a girl could ever have. I am so thankful for all of the times we had together. From vacationing in Florida, to eating her delicious cottage rolls or catching up on the latest Bachelor/Bachelorette, I will miss every moment. I will never forget you nana. RIP.

Shirley was like a second mother to me. I will think of her and our times together with love and laughter. She always treated me like a member of the family and I'll miss her. She was a beautiful soul inside and out. 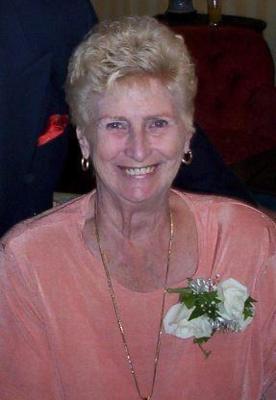