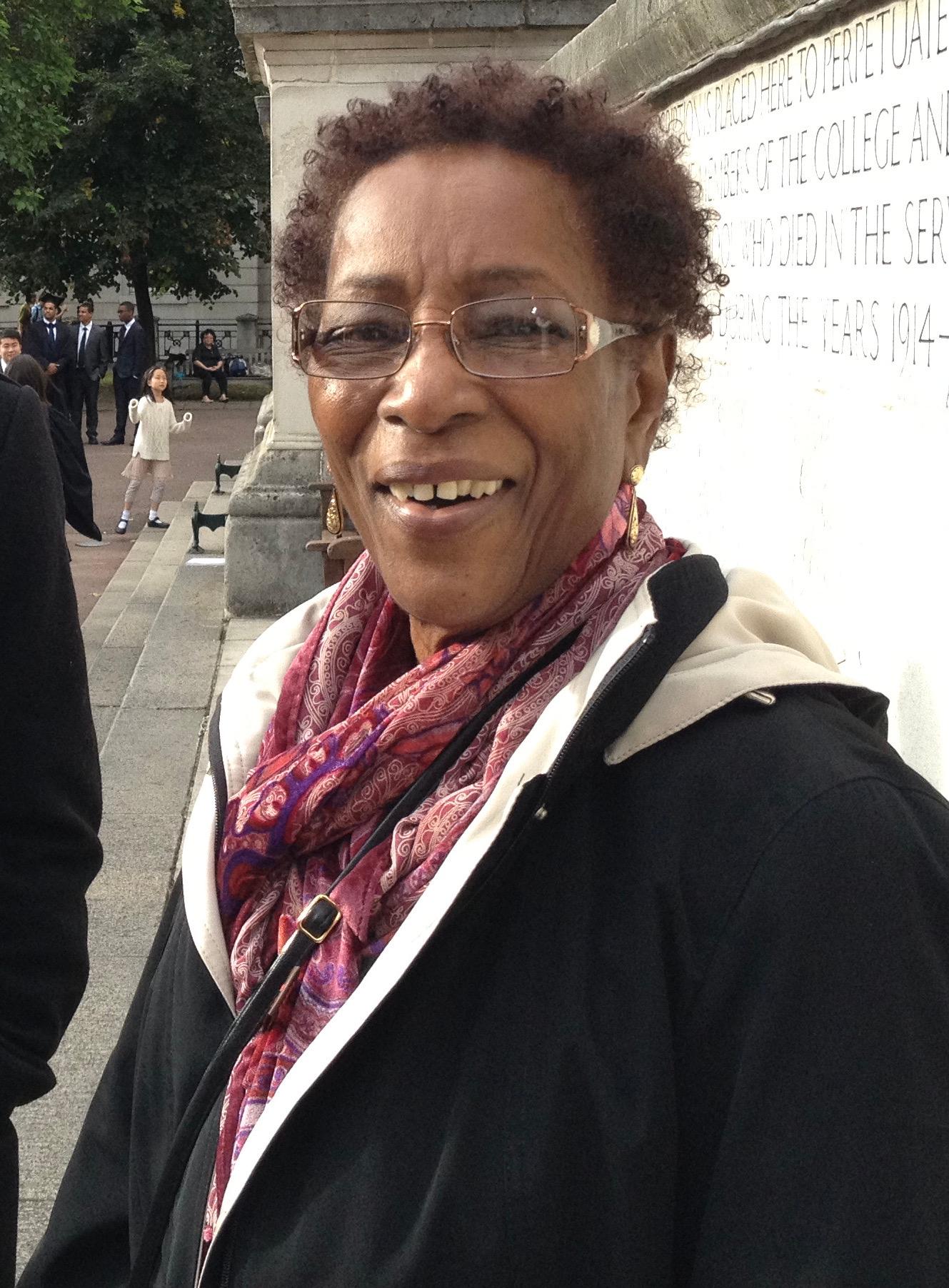 Born in Barbados in 1939, Sheila spent much of her happy childhood helping her family manage a lighthouse at the tip of the island, in the Parish of St. Lucy.  With a caring nature and adventurous spirit, Sheila initially began a career in nursing at the Barbados General Hospital, leaving in 1962 to further her training in Portsmouth, England. After two years of training, and a six month course in paediatrics, she left England for Canada in 1965.

In Canada, Sheila continued her career at the Toronto Western Hospital and then later at the Etobicoke General Hospital.  During those years, Sheila met and married Stephen Weekes; together they had two children in the early 1970’s and moved to Brampton.  When the marriage ended, Sheila continued to love, care, and guide Paula and Joel into adulthood while working full-time to provide for her family.  Sending both Paula and Joel to the University of Western was a culmination of all that she had sacrificed as they were growing up and gave her a boundless sense of pride.  Having worked in nursing for over 30 years Sheila took a well-deserved retirement in the 1990’s.

In 1996, during a holiday in Barbados, Sheila met Brian Heys, they married on the same island 3 years later in a beautiful ceremony on the beach. For the next decade and a half Sheila travelled the world with Brian, visiting Spain, Hawaii, Alaska, Bermuda and many other places… but visiting Barbados most of all. During this time Paula married Philip, and Sheila was overjoyed to become a grandmother to Sophia and Sasha, a step-mum to Brian’s children Susan and David, and a Nana to Susan’s children Alyssa, Matthew, Nicholas and Laura.

In the final few years as Brian became ill, Sheila continued her lifelong calling as a faithful caregiver until he sadly passed in March 2020.  The onset of the COVID-19 Pandemic and the loss of her partner brought its own challenges for someone with such a caring, active and adventurous spirit.  Despite these challenges, she remained in good spirits, keeping as busy as possible, and mastered using her iPhone and iPad to keep in touch with family and friends. In April of 2021, Sheila was admitted to hospital with shortness of breath and passed away a week later from pulmonary hypertension.

Sheila will be remembered for her strength, her kindness, her humour and her creativity. Her handmade quilts are family heirlooms, her fishcakes are legendary and her home and garden were always places of beauty and comfort. Sheila worked hard but didn’t complain, and was sustained by a faith which she rarely spoke about but surely gave her an inner strength. In her later life she was able to travel in Europe with her children and grandchildren and enjoy some of the very best things life had to offer. And as she dropped off Paula and Joel at university thirty years earlier, she was there to drop off her granddaughter Sophia when she entered Queen’s University in Kingston. Sheila loved and was loved by her family and friends, who treasure the times they had with her, but wish she could have been around for longer.

We know many people loved Sheila and wish to say a proper good-bye to her. The COVID-19 restrictions will delay that, but our plan is to hold a big celebration of Sheila’s life later this year in the summer or autumn.