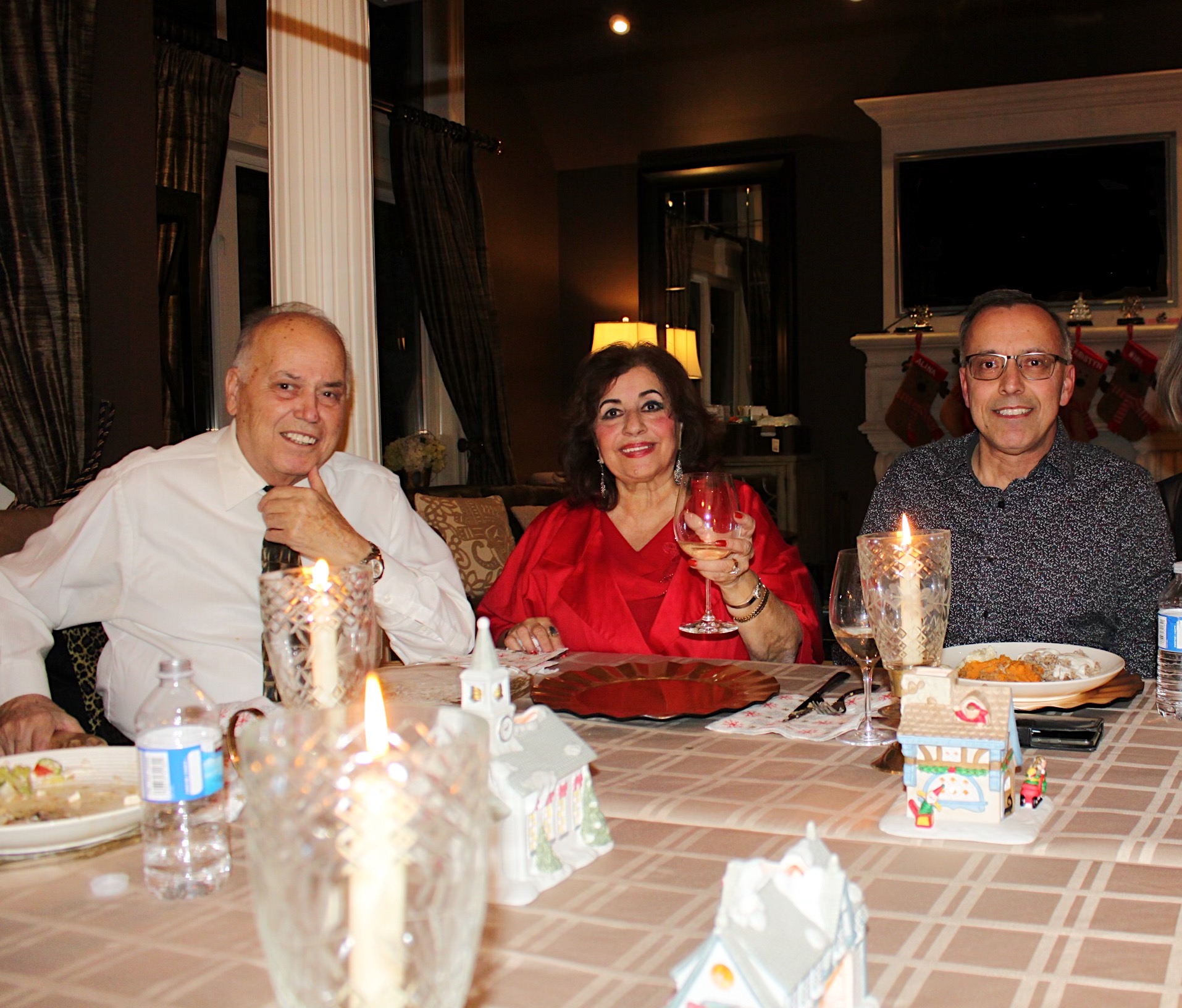 It is with a heavy heart that we announce the tragic passing of Sebou “Sam” Mahdessian and Nabila Agnes Mahdessian on July 1st, 2022. Sebou was born on October 10, 1940, in Kessab, Syria, and Nabila on July 20, 1943 in Haifa. In the late 1950’s, Sebou travelled to Lebanon where he met and married Nabila. They would spend 62 memorable and loving years together. In 1965, Sebou and Nabila migrated to Canada with their sons Joe and Simon to begin a wonderful new life in their adopted country of opportunity. In 1969, their third son Peter was born, completing their family of 5.

As immigrants to a new homeland they took advantage of every opportunity, with Sebou working for a variety of engineering and aircraft companies before starting Atlas Metal Stamping Ltd. in 1974. It was a successful tool and die business that would run for over 30 years, employing many people and making a significant impact on many lives in the Mississauga community. Nabila was Atlas' Treasurer, the light of the office and the glue that kept everyone together—all while raising her 3 sons with Sebou.

Sebou loved soccer through the 70’s and early 80’s and was an instrumental part of the Mississauga soccer scene with the Dixie Soccer Club; later founding the Dixie ‘Indoor’ Soccer League. His Mississauga United Super Select Rep team, which was sponsored by Atlas and led by his son Simon, would go on to compete for several provincial championships, before he became the Director for Toronto Italia in 1982-83.

Nabila and Sebou lived fulfilling lives as consummate hosts, frequent travelers, and beacons of positivity for their beloved family and friends—all of whom they loved to be around as often as possible. Nothing made them happier than spending time with their family and friends.

Sebou and Nabila’s eldest son, Joseph “Joe” Mahdessian, passed away with them on July 1st, 2022.

In lieu of flowers, please consider donating to St. Mary Armenian Church (mail to 45 Hallcrown Pl, Toronto, Ontario, M2J 4Y4 or E-Transfer to stmaryarmchurch@yahoo.com - RE: In Memory of Sebou, Nabila, and Joe Mahdessian)

It is with great sadness to announce the sudden death of Joe Mahdessian, on July 1st, 2022. Born January 2, 1962 in Beirut, Joe immigrated to Canada at the age of 3. His parents set roots in Mississauga, where Joe attended school and started his career, purchased his home and raised his family. Joe moved to Ingoldsby in March of 2020 where he bought his dream house along with his wife of 7 years, Cindy Vasey. Retiring in January 2022 after 31 years with Gardaworld, Joe took on the role of ‘community driver’ for SIRCH in Haliburton County. This was a dream job for Joe, allowing him to engage with so many people and to make an impact on the lives in the community that he loved so much. Joe also loved his neighbors, friends, business associates, and family.

Donations can graciously be made to SIRCH in Haliburton and can be arranged through the HALIBURTON COMMUNITY FUNERAL HOME 13523 Hwy. #118, Haliburton, Ontario (705) 457-9209 or online at https://www.canadahelps.org/en/charities/sirch-community-services/