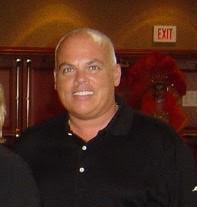 With heavy hearts, the family of Scott Galbraith announces his passing, which occurred on February 25, 2020 at St. Michael’s Hospital, Toronto. Scott was born in Saint John on September 17, 1963; a son of the late Everett and Lillian (Troyer) Galbraith. Scott was an executive with Genworth Financial until his retirement in 2018, and had a great love of travelling, and had a real eye for home renovations and decorating. Celebrating his life are his sister, Linda Kelly-Hurst (Bruce) of Rothesay, Bruce’s daughter Julia Hurst (Joel), niece Jen Kelly-Barnett (Matt) of Paradise, NL, great-nephew Jacob, Aunt Pat Hubert of Ontario, along with several cousins, and many friends both in Saint John, and Toronto. Scott will also be missed by his beloved Lewis family, as well as Joanna Cheng and Janette Cheng-Richard. Along with his parents, Scott was pre-deceased by his nephew, David “DK” Kelly.
Scott’s family invites you to join them for a celebration of his life, which will be held at the Mount Pleasant Funeral Centre, 375 Mount Pleasant Road, Toronto (416-485-5572) on Wednesday, March 4th; visitation will be held from 3-4 p.m, with a memorial service at 4 p.m, followed by a reception. A memorial service will be held in Saint John on Friday, March 6th at 4 p.m, at Fundy Funeral Home, 230 Westmorland Road, Saint John (506-646-2424). For those who wish, remembrances to David “DK” Kelly Memorial Bursary Fund (https://www.canadahelps.org/en/charities/the-greater-saint-john-community-foundation/campaign/DK) would be appreciated by the family.