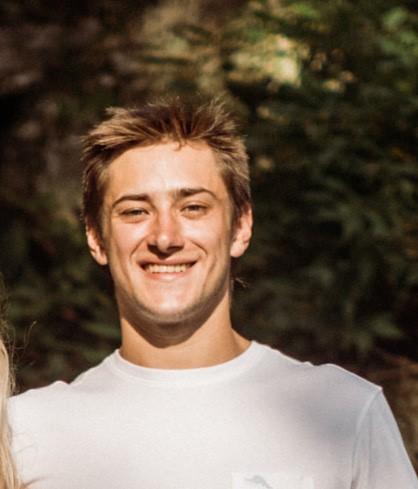 From arriving in this world on a beautiful sunshine filled Toronto February day to leaving it suddenly on a February morn just 2 weeks shy of his 24th birthday, our Ryan was Love, Light and the elixir of Life.


Beloved son of Lori and Richard Elder and adoring big brother to Alana and Logan . Loving Grandson of Sheila Bryan and the late Anthony Bryan of Waterloo, Jeanne Byrne of Toronto and Dr. John Elder and the late Patricia Elder of Aurora. Loved nephew of Jim and Joanne Elder , Gary and Jennifer Elder and Dan and Jennifer Elder. Cherished cousin to Mat , Kyle , Chris, Jessie, Nicole and Brooke Elder and many more. Godson of Melanie Austin.

Ryan was kind hearted, a loyal friend to many, an avid athlete and an ultimate adventure seeker. Ryan strived to live a life of purpose, integrity and compassion. Family was everything to Ryan.

From his early days in Lawrence Park, Toronto and Windsor, Britain, Ryan became a world citizen and traveller by 4 years of age. Attending ACS Egham in Britain , The Country Day School in King City and Bayview Glen School in Toronto brought Ryan many wonderful grade school friends and memories. Ryan loved playing first team for his schools including basketball, track and field, cross country and soccer.

Ryan continued his athletic excellence into High School at Lawrence Park Collegiate Institute and Trinity College School in Port Hope on the Junior and Varsity Football and Squash Teams. Ryan proudly served as the Varsity Squash Captain for TCS. His University days at Brock University for Sports Management allowed him to pursue his love of sports with business and he become a valuable member of the Brock Varsity Squash Team.
Ryan was also a competent and compassionate national Squash and Waterski Coach to a younger generation of athletes.

Ryan was blessed with an unbelievable skill set in almost any sport. Ryan pursued the rush of pure athletic adrenaline and adored ripping down the hill at super sonic speeds on our family ski trips to the Alps , Rockies and every challenging piste in between. He spent his early days ski racing at The Georgian Peaks Ski Club. Ryan enjoyed golf with lifelong friends growing up at Rosedale Golf Club. The Granite Club squash courts were his home away from home and he maintained lasting friendships with his fellow squash members and respected Coaches. His need for speed was satiated with our decades long annual windsurfing and kite surfing family trips along with his cousins to Aruba and Cape Hatteras. Ryan searched out adventures like Running of the Bulls in Pamplona Spain and surfing the coastline of California. He was world renowned for his famous standing back flips. Ryan was a relentless thrill seeker.

Ryan’s ultimate loves were his summers spent at our family cottage on Lake Joseph, Muskoka and his waterski and barefoot ski adventures with his ski team friends and his brother Logan. Ryan performed in many of the Cleveland’s House and surrounding Ski Shows in the Muskoka region were he showcased his bare foot and trick skiing skills . His days spent waterskiing and bare footing on the docks of Lake Joseph were some of his most beloved memories.
Ryan honed his exceptional work ethic around Muskoka and beyond as a diligent and hard worker throughout his university summers as a waterski instructor, construction labourer and tree planter.


Ryan had recently pursued his post graduate Project Management Program at George Brown College and began his new career as an Associate at BMW Canada in January. Fast cars and boats were always his favourite toys and he was thrilled to be working in a field he loved. Ryan was enjoying true fulfillment these past weeks of January. He was loving his new job, was thrilled with his freedom in his new apartment and was proud of the new sports car he had purchased only a few weeks ago.


Our devastation and heartbreak from Ryan’s tragic sudden passing is eased only by the love and gratitude we have for being blessed to have Ryan in our lives for his short time on earth. He was far too young to leave us and had so much life to live, love to give and joy to share. We are so proud of the Man that he was and the Man he was becoming.

A private Family and Friend Celebration of Ryan’s Life will be held at Rosedale Golf Club Toronto by invitation only due to Covid 19 restrictions. In lieu of flowers, our Family would appreciate a donation to the Campfire Circle ( formerly Camp Ooch ) https://campfire circle.org or The Canadian Sports Concussion Project at the Toronto General & Western Hospital at www.tgwhf.ca