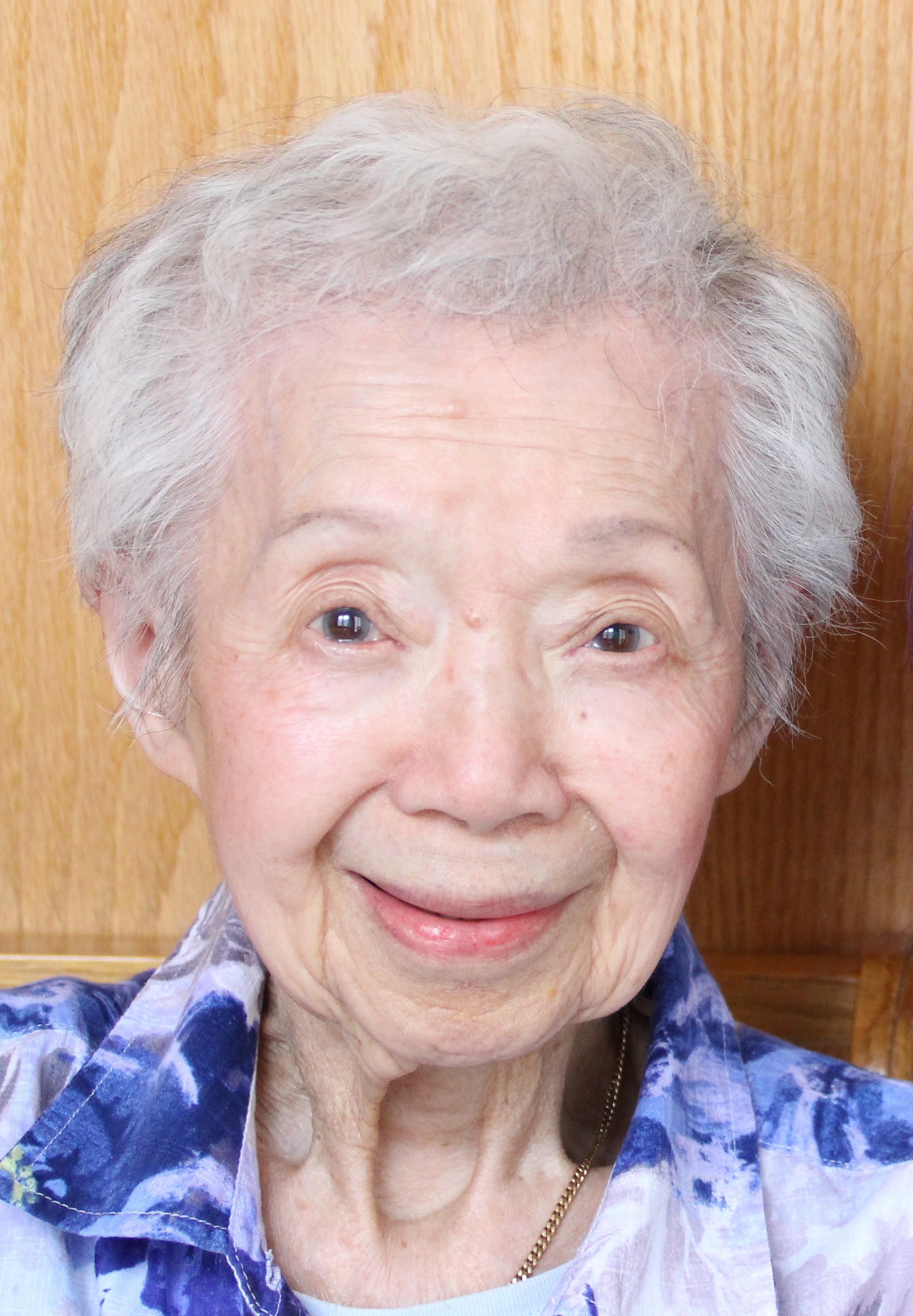 Ruth was born in Vancouver, B.C. and grew up in a large family of 8 boys and 7 girls—she was the 7th child. A brother Raymond died in infancy, and their father at the early age of 45. The children were often sent in groups to visit with their grandparents in Nanaimo. Their grandmother taught them to be honest, caring and helpful while their grandfather, a minister, gave them faith.

Ruth came to Toronto, met her husband, Gong, and married in 1938. Eighteen years her senior and quite dapper, he was enamoured by the lovely young Ruth and her energetic charm.

Ruth and Gong lived in North Toronto until December 1946 when they moved across the world to Hong Kong and Guangzhou, China. It was always our father’s wish to live in the land of his birth. However, as the unstable political situation evolved it became prudent to return to Toronto in 1947, where they lived for 20 years raising their 6 children, and joined by our half brother Robert.

Ruth packed up the household in 1959 when our father retired, moving to Hong Kong once again. It was a happy time as we settled in, but Ruth missed her family and friends, and our father realized that Canada was our true home; the family returned to Toronto in 1961.

Growing up, we were surrounded by a large loving extended family of nieces, nephews, aunts, uncles and cousins. Ruth thrived socially while running the store with dad. She was gregarious and welcoming, with a no-nonsense, practical approach to life. She had boundless energy, loved family and chatting with customers and neighbours. Ruth was an accomplished wife, mother, cook, knitter and baker—everyone remembers her homemade apple pies, sponge cakes and lemon meringue pies. For decades, every baby welcomed into our extended family received Ruth’s signature hand-knit sweater with matching booties and hat, or a blanket to be passed-on and cherished—all made and given with love. As her children, we were all lucky enough to have been raised wearing full hand-knit outfits, sweaters, socks, hats, mittens and thankfully not hand-knit underwear. Later in life, with such a large family, Ruth enjoyed having grandchildren and great-grandchildren to babysit and dote upon. With her cherub smile and superb knitting skills, she charmed and clothed all of her progeny, nieces, nephews and their children as well.

Ruth lived a full and abundant life and couldn’t avoid being surrounded by her family. Her vitality and loving memory live on in the lives she touched for so many years. When asked about her secret to long life, her stock reply was “Just keep moving, don’t stop!”