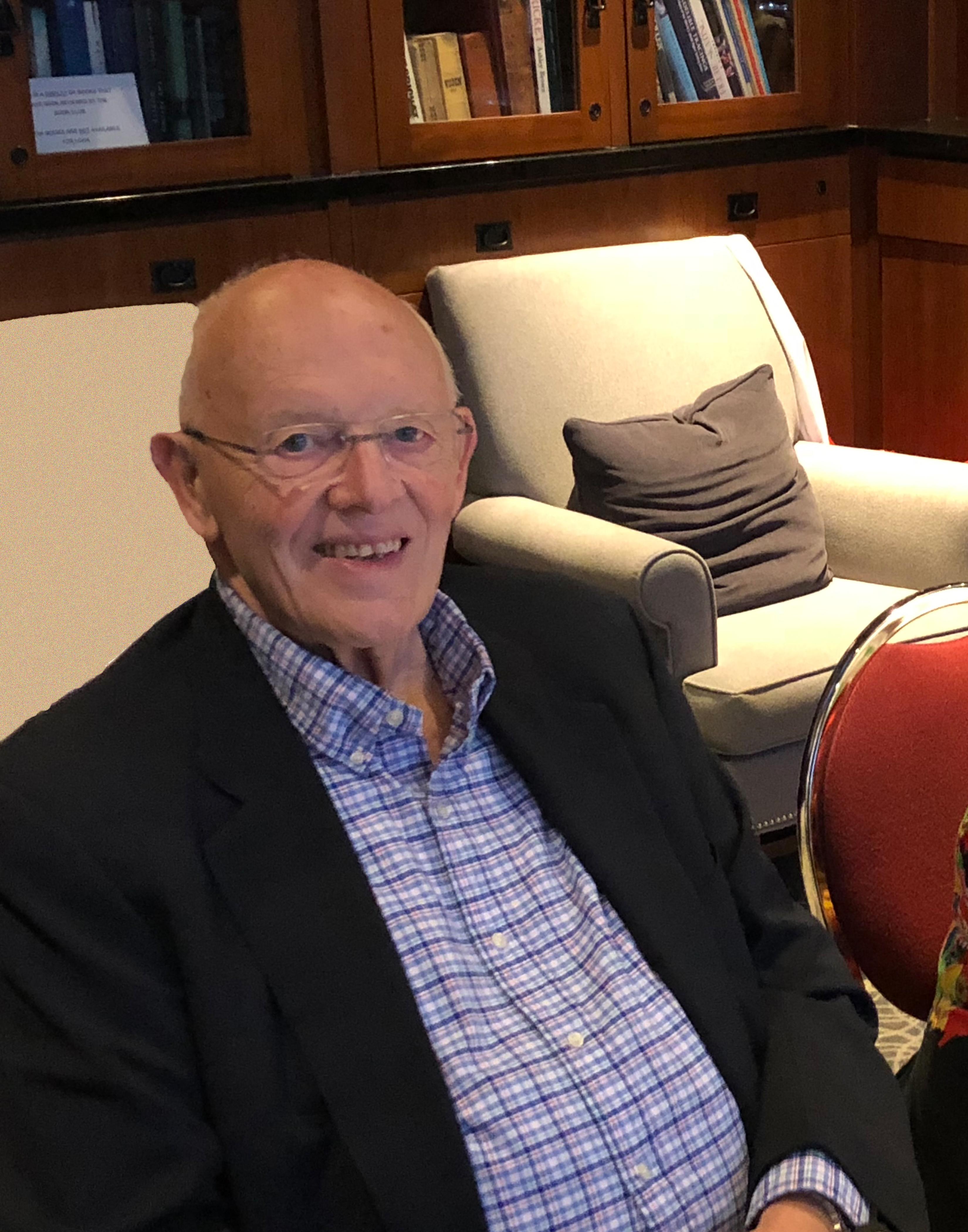 It is with much sadness that we announce the passing of Roger Floyd at the age of 88 on October 18 in Toronto, with family by his side. He is survived and will be greatly missed by his beloved wife Enyd, his children Lisa (Har), Anna and Peter (Vittoria) and his grandchildren Kyle, Jake, Hanna (Grant), Madeline and Jenna. He was predeceased by his brother Colin.

Roger enjoyed a good long “life well-lived” with much to be proud of. He was born on June 21, 1934 in Bristol, UK to Doris and Clarence Floyd. In his youth, he was an avid cyclist, often hopping over to the continent to tour around on his bike, and later, on his motorcycle that he built himself and named “Bitsa”. After graduating from the University of Bristol in 1955 with a degree in Civil Engineering, he worked for a large engineering firm in London, UK and played Rugby with the London Wasps Rugby Club before he met and proposed to the love of his life, Enyd Hughes. In 1957, he and his fiancé Enyd decided to pursue a life in the “new world” by emigrating to Canada with Enyd’s mother, Dorothy Daniels, in tow. He married Enyd in 1958 at the Dewi Sant Welsh Church, they purchased their first home in Scarborough and children soon followed. After moving to North Toronto in 1967, he joined the Toronto Cricket, Skating and Curling Club where he became a keen cricketer and squash player.

Roger had his first job in Canada with the Department of Highways, working on bridge design, then subsequently worked for a number of engineering firms until he joined Robinson Perrin Associates in 1971, later known as RPA Consultants Limited, which he, along with his partner John Tattersall, developed into one of the preeminent construction project management companies in Canada. RPA managed a variety of large scale projects, both domestically and internationally. Roger, in addition to his presidency of RPA, took on responsibility for leading major building projects in Australia, Saudi Arabia and Canada, including the building of the Sky Dome (now the Rogers Centre) and the National Trade Centre at Exhibition Place (now the Enercare Centre).

Roger earned a reputation for his intelligence and integrity. He was big in stature and presence, gaining the nickname “Bigfoot” along the way. After retirement, Roger continued to be active with consulting work, volunteering his time with various charitable organizations and by keeping the family organized with a precision and thoroughness many would envy. Roger loved his cottage (named “Bigfoot Lodge”) in the Kawarthas, was an enthusiastic cottage putterer, forever working through a seemingly endless to-do list to keep the place running like a fine Swiss watch and developing the most comprehensive operating/reference manual imaginable. He enjoyed vacationing in Aruba every year, preferred his wife’s cooking over all else and dessert was his favourite part of any meal. He was a photographer, stamp collector, keen cryptic crossword solver, ruthless cribbage player and an enthusiastic, albeit fair-weather, Blue Jays fan.

He had a special place in his heart for his grandchildren whom he loved dearly. Kyle, Jake, Hanna, Maddie and Jenna, Papa was very proud of you all. At Roger’s request, there will be no funeral or large reception. A small, private celebration of life will be held at a future date. In lieu of flowers, please consider making a donation to the Sunnybrook Foundation in Roger’s name.

The family of the late Roger Floyd would like to invite friends to join them in a memorial gathering at the Mt. Pleasant Funeral Centre, 375 Mt. Pleasant Rd, Toronto on Thursday, November 3, 2022 from 2-4 pm.