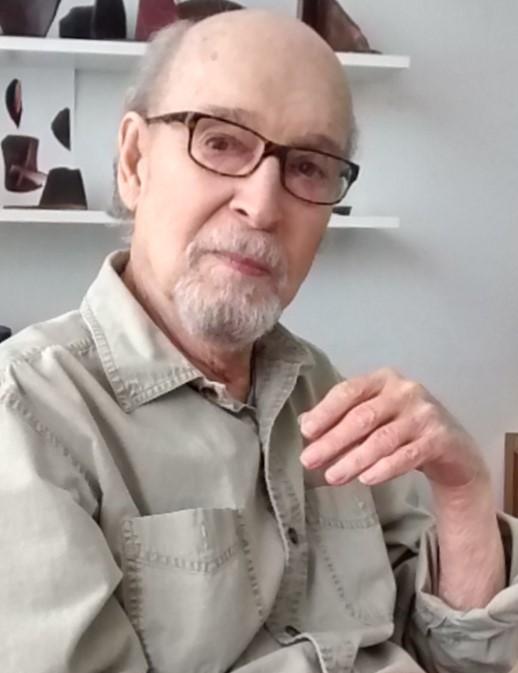 Canadian painter and sculptor Robert Hedrick died peacefully at home on Wednesday, February 24th, at the age of 90. He is survived by his beloved partner Suzanne Cantin, his three daughters, Julie (Peter Wetzler), Esme (Yuwa Hedrick-Wong), and Kai (James Bickham); his grandchildren, Ariadne (Stefan Rak), Matthew (Caitlin Zinsley) and three-year-old Isa. He was brother to late Catherine, Sharon and Fred, and is survived by John, Carol, Bruce and Mary Lou. He also leaves behind his long-time friends and colleagues.

Born in Windsor, Ontario, Robert grew up in rural Essex County. He first trained as a commercial artist at H.B. Beal Secondary School in London, Ontario, and moved to Mexico in 1951 to study painting at the Instituto de Allende in San Miguel, under muralist Rico Lebrun. Back in Toronto, he was among several young artists who contributed to the renewal that swept the Toronto art scene in the mid-fifties and throughout the sixties. He exhibited at the Picture Loan Society, the Isaacs Gallery, the Jerrold Morris International Gallery, the Dorothy Cameron Gallery, the Koffler Centre and Gallery Moos, among others. His majestic bronze doors that usher people through the main entrance of the Lester B. Pearson Building in Ottawa are his most famous commissioned work.

A celebration of his life will be held in Toronto at a later date when gatherings are permitted. Condolences and memories can be shared on-line at www.mountpleasantgroup.com.

Robert’s family is most grateful for the dedicated and superb care provided by his palliative care doctors, nurses and pharmacist. Memorial donations may be made in his name to The Temmy Latner Centre for Palliative Care, The Canadian Heart and Stroke Foundation and The Princess Margaret Cancer Foundation.