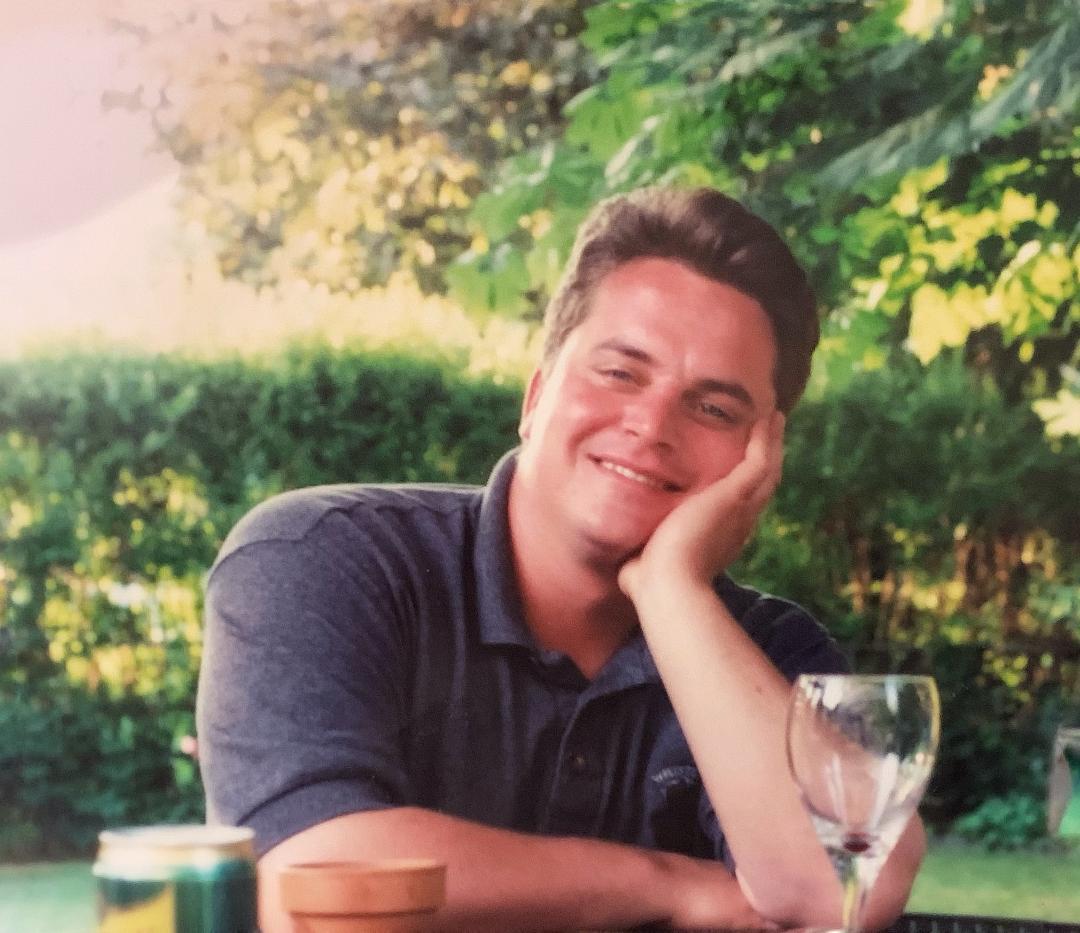 It is with broken hearts that we share the sad news of the passing of our fun loving Rick, husband and the true love of Dana Cooper (nee Wilson) for 19 years and World’s best Dad to daughter Hadley, the apple of his eye. Rick loved to watch any sport for hours on end (especially Football…Go Steelers!, Hockey and Golf) but was able to balance that out with design and décor shows on HGTV. He also loved to play many sports…Hockey, Golf and Rugby were his favourite. His grit and determination was so huge that at one particular Rugby game he scored a try in his underwear, after having his shorts ripped off. He enjoyed cooking and was a self-proclaimed grill master of meats, to the point of hovering over anyone else who thought they could take on the task at one of the many family/friend gatherings. Rick loved to travel and would fill the travel itinerary so full, sometimes to the dismay of others. He wanted to experience it all and miss nothing! His passport is filled with stamps! Rick lived for a party and hosted many. His favourite thing to do was to fill you up with as much love, laughter, food and drinks as possible all while dancing with you in his kitchen. Rick will be deeply missed by his proud parents Rita and Richard (Rick Sr) Cooper. They will remember his joy, zest for life, warmth and all the exciting adventures they got to share with him. He will also be deeply missed by his sisters Elizabeth Major (Scott) and Amy Hughes (Brent) who will remember him for his loving protectiveness and busting their chops whenever he could. When asked of his nephews and nieces Liam, Quinn, Sam, Nolan, Camryn, Blake and Jaxon; they said they will miss late night patio beers & long talks, fishing at the cottage, fun pool parties, how he made them laugh, his sweetness and kindness, park trips and chases around the house. He will be missed greatly by his brother-in-laws and sister-in-law who considered him a true brother in every way. His Mother/Father in-law will miss hanging out with Rick in Naples, Florida where they golfed and attended Football games in Tampa and Miami. Dana and Hadley had a blast travelling with Rick and the two ladies will miss their trips to New York City, which was their favourite family getaway together. He was loved by so many of his amazing friends, which were more like family. Rick passed away peacefully in the comforts of his home, surrounded by his Cooper and Wilson families on March 31, 2021 after his courageous and strong-willed 2-year battle with cancer. Rick was a graduate of Markham District High School and Carlton University. Rick was working on obtaining his Masters in Finance & Investment at the University of Salford (Manchester), which was unfortunately cut short. Rick had an Economics degree as well as numerous other designations. He was a Portfolio Manager and Investment Advisor at The Newsome Cooper Investment Group (CIBC Wood Gundy). He absolutely loved his work and the team he worked with. His team will miss him greatly and had this to say about Rick; “Everyone liked Rick: clients, colleagues, close associates. He genuinely cared about people and he always brought energy and amazing humour to his game. He was selfless, charitable, supportive and nurturing with all those he touched. None of us have one bad memory of Rick. He was great all the time. It is no wonder why everyone liked Rick.” Rick played many rep sports growing up in Markham with the top two being Hockey and Rugby. He was a Big Brother through Big Brothers Big Sisters Canada (York) and organized many charitable events throughout his life. He loved to golf, ski, hike, fish and train. He had a passion for food/cooking, travelling, culture and the arts, music, concerts and driving too fast. Rick loved his friends and family more than anything in the World. A private family service will be held April 9, 2021 in Oshawa. A Celebration of Life will be planned when all is safe under COVID protocols. In lieu of flowers and for those wishing, please make a donation to your favourite charity or community group in Rick’s honour.


“Don’t cry because it’s over; smile because it happened.”
~Dr. Suess