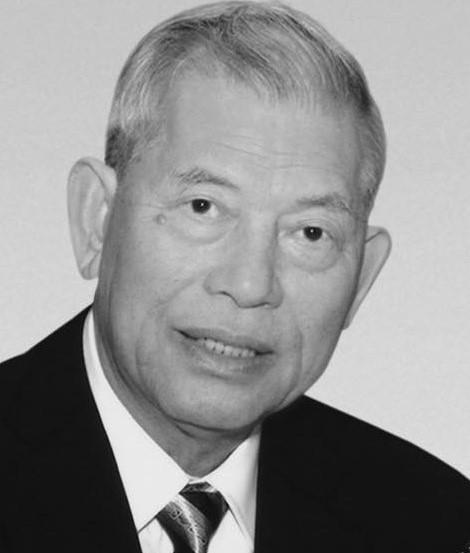 Passed away peacefully after a series of complications following his cancer treatment at the age of 89. He was a loving husband to Alice So Eng, (predeceased 2015), proud father, and grandfather. He will be greatly missed by his daughter Annie (Joe Sinnott), sons Jeffrey (Mary Ang), Kelly (Susan Polak), and Kenton (predeceased 2003). His grandchildren Samantha, Sabrina, Robby, and Julian were his greatest joy.

As the unofficial family historian, Yeh-Yeh shared many stories that included growing up in China through the Great Depression and the wars, to his humble beginnings in Canada. He amazed us with his sharp memory and recall of details. At the same time, we became acutely aware of the sacrifices and hardships he endured to give his family a better life.

Raymond immigrated to Toronto in 1952 to join his father and older brother who had established Lee Cue - one of the first grocery stores in Old Chinatown. In 1954 he was introduced to Alice, who at the time was living in Sudbury working in a restaurant owned by her father. Their two-year courtship included many letters and visits – but no phone calls as they were too expensive. In 1956 Alice and Raymond were married and honeymooned in Niagara Falls. Their first home was a row house on Mutual Street and as the family grew, Raymond and Alice moved to Agincourt, a new suburb in Scarborough.

Raymond worked tirelessly at his grocery store – a typical 16-hour day included preparing the produce, making deliveries to restaurants, and handling the butcher counter. Every morning, Alice would wake up at 7 am to place the day’s meat order. Several of us worked at the store and we learned very quickly how hard our dad worked. While we only lasted one summer, Raymond worked seven days a week for the next thirty years. At the age of 48 with his health suffering and to the relief of Alice, Raymond retired after selling the business. Fortunately, by then he achieved financial security through some timely real estate investments in an expanding Chinatown. While the store put food on the table, it was his real estate investments that made it possible for him to retire at a young age.

In the years following his retirement, Raymond and Alice spent much time together. They took trips to Florida, booked cruises, and even purchased a motor home. Despite all their efforts at catching the travel bug, they realized they were most happy just being at home - enjoying the company of family and friends. At a time when it made more sense to downsize, they built their dream house. That home was their best decision - it gave Raymond and Alice years of joy. He only reluctantly left upon the passing of his beloved wife.

Raymond was never one for words but as was typical of his generation, his actions spoke volumes. The family was his priority and he worked long hours with never a complaint to give us the opportunities he never had. For this, we are forever grateful.

We would like to thank Dad’s special Mon Sheong neighbors - Mr. and Mrs. Ming Lee for all their love, friendship, and support, words cannot express our gratitude. To Markham Stouffville Hospital nurses Whitney, Natalie and Meg for all their compassion and effort. And to Dr. Solow and Dr. Koo for their patience and dedication.

Due to restrictions, there will be a closed funeral service and burial at Elgin Mills Cemetery in Richmond Hill. The service will be streamed live Monday May 25 12:30 pm to 1:30 pm. A link will be provided on this page on the day of the service.

For those wishing to make a donation in Raymond’s memory, please consider the Markham Stouffville Hospital Foundation, Markham. Please visit:

(The family wishes this to be a private event.)
Elgin Mills Cemetery, Cremation & Funeral Centres
1591 Elgin Mills Road East, Richmond Hill, ON, CANADA, L4S 1M9 Get Directions
Monday, 25 May 2020 11:30 AM
Info: Due to restrictions the funeral will be private. The service will be streamed live.

(The family wishes this to be a private event.)
Elgin Mills Cemetery, Cremation & Funeral Centres
1591 Elgin Mills Road East, Richmond Hill, ON, CANADA, L4S 1M9 Get Directions
Monday, 25 May 2020 12:30 PM
Info: Due to restrictions the funeral will be a closed event. The service will be streamed live.
Order Flowers
Make a Donation
Help Extend the Memorial
Order a Keepsake Book