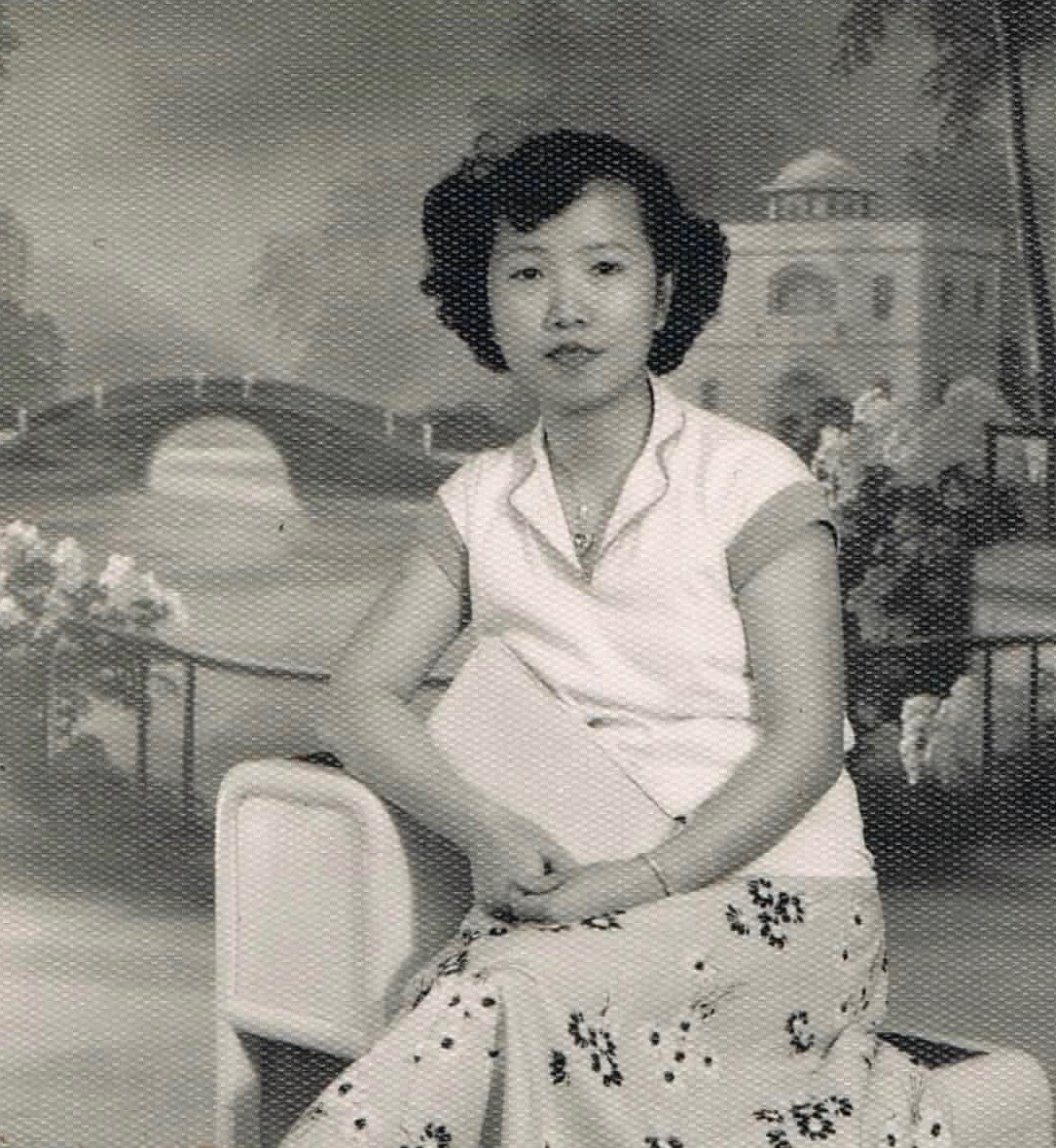 If anybody could eat their weight, Pui Ching Ng could. She was 68 lbs when she moved from her Florence St bachelorette in Ottawa, into the Glebe Centre long term care facility in 2012. Within a month she put on eleven pounds, devouring every meal and snack at the Glebe as though she was on a cruise running short of food. The mistake her family made was buying her a small refrigerator, where she'd hoard, store and forget leftovers until they changed colour and shape.

In her last few years, meals and snacks would be her clock. Actually, it had always been her internal engine and her social lubricant. She could talk forever about what she’d eaten, how it was prepared, how it tasted, and what was next. She loved fish and could sniff out poor quality. Lean pork was her friend, eggs her soul mate, rice her ultimate comfort food. Her most common complaint about anything was about overcooked vegetables and tasteless meat. Regardless, she rarely left a plate with uneaten food.

Pui Ching was born in Guangdong province in China, where she was a teacher at one point with superb calligraphy. She married the late Char Lai Ng (1932-2000) in Hong Kong in 1956 then came to Canada, settling in Toronto. She soon adopted the great Canadian past time-complaining bitterly about the cold. Shortly thereafter, she started spewing out her devoted children: Eddy, Wayne (Trish Lucy), Helen (Michael Wong), Rose (Lawrence Cortez) and Glenn (Angela Lin), pretty remarkable considering her four foot nothing frame. Pui Ching was a proud grandmother and will be lovingly remembered by her grandchildren Chantal (Anthony Kruning), Rachel, Matthew, Avery and Justine.

Despite her years, her flawless memory remained intact: birthdays, last week’s lottery numbers, where things were hidden, when her GICs were maturing...nothing was forgotten or lost, just piled up. Old clothes were always new. She kept and wore things from back home like memories not to be discarded. She loved hats, preferably ones that were warm and matched nothing else she wore.

Pui Ching never really learned to speak much English, but in this modern era of discourtesy, she understood the value of “please,” “ thank you,” and “this is my friend.”

Pui Ching Ng passed away after a severe stroke at Elisabeth Bruyere on May 8, 2020, three days after her 89th birthday. However, she continued to eat, right until her last few days, even if it was pureed.

A celebration of her life will be arranged at a later date, when it is safe to do so. She now rests with her late husband at the Pine Hills Cemetery in Toronto.

Donations in Pui Ching’s memory can be made to The Heart and Stroke Foundation or The Glebe Centre (the Donations Tab is on the top right hand side).

Pine Hills Cemetery & Funeral Centre
625 Birchmount Road, Toronto, ON, CANADA, M1K 1R1 Get Directions
Date and time to be determined.
Info: A celebration of Pui Ching's life will be arranged at a later date, when it is safe to do so. She now rests with her late husband at the Pine Hills Cemetery in Toronto.
Make a Donation
Help Extend the Memorial
Order a Keepsake Book