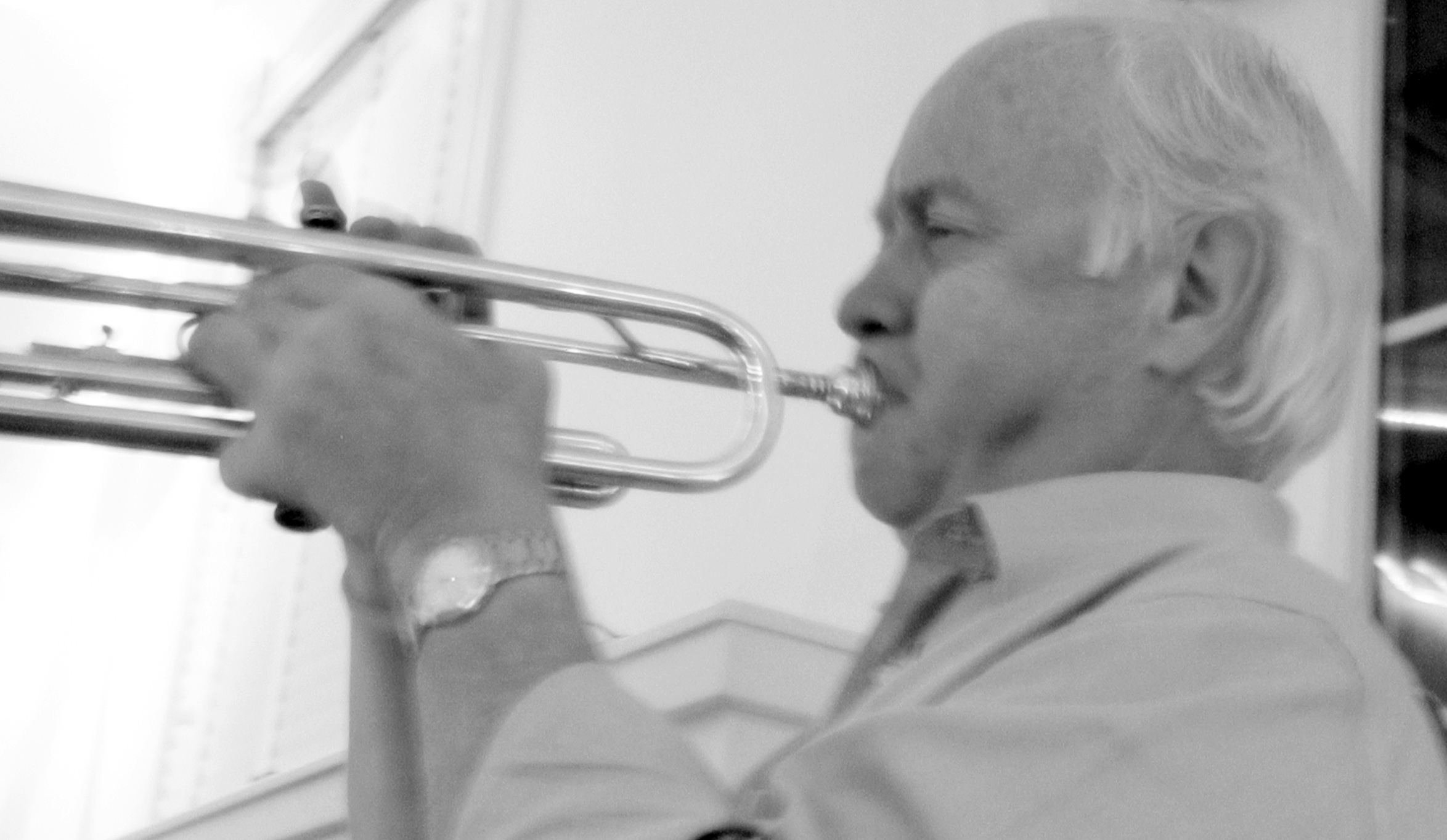 Doug made friends wherever he went. He had a story, a joke or an anecdote for everyone. He was born October 29, 1937 to Edward Paul and Durene Peace Zimmerman (nee Curran). He was the eldest of four children, followed by a brother Larry, sister Cheryl (Leslie) and brother Jeff (Nancy). He grew up in Derry West and Hamilton. He graduated from McMaster in 1962. He rarely talked about his studies but often told stories about the McMaster Jazz band, and was lifelong friends with many of its members. He continued playing the trumpet and gigging throughout his life, with Ted Fry’s band and then his own. His Doug Zimmerman Orchestra band mates with whom he played for decades were among his dearest friends. He began his “day time” career in marketing at Thomas J. Lipton and then Gaylord where he worked for two decades before starting his own agency Promolink. In 1967 he married Betsie Johanna Zimmerman (nee TerHaar). Shortly after their marriage they moved to Markland Woods where they lived and made many dear friends over 40 years. Together they raised and loved two children Mark (Alison) and Lisa. Later he was a loving grandfather to Ava, Waverly and Silas. He was an entertaining uncle to Nancy, Cynthia, Harriët, Jessica, Monique, Rene, Andrew, Shanley, Erica, Jordan and April. Doug was always busy, in addition to his family, his work and his music he was a scuba diver, a hockey coach, a big brother, a painter, a handyman and an avid sailor and we’ve surely missed a few. He is missed and remembered with a smile by all who knew him. After battling cancer he passed quietly with Mark and Lisa at his side at the Dorothy Ley Hospice on January 7, 2021. In light of COVID-19 a closed funeral will be held Friday January 15th. In lieu of flowers, please consider a donation to the Dorothy Ley Hospice who took extraordinary care of him in his final days.