The portion of Patricia Vella memorial that you are trying to access requires an extension in order to become active again. Would you like to contribute to the memorial?s extension? 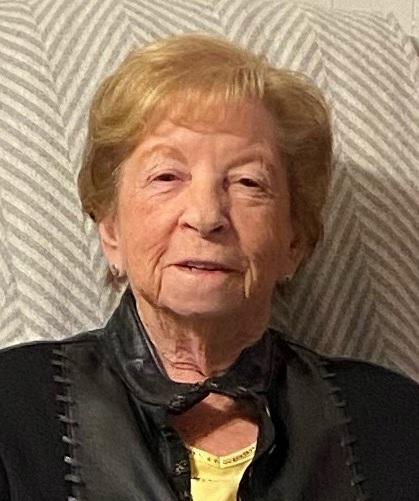 It is with great sadness that we announce the peaceful passing of Mary Patricia Vella, (Nee Spiegelhalter) at the age of 87 at North York General Hospital on April 25, 2021 after a brief illness.
Daughter of the late Edward and Catherine Spiegelhalter. Sister to Helen (Peter) and the late William (Mary)
Beloved wife of loving husband Emanuel (Sam) Vella for almost 65 years, Mother to Catherine (Mark), Susan (Howard) and John (Elena).
Loving Grandmother to Melissa (Michael), Adam (Natasha) Andrew, Patrick, Julia, Emanuel and Eryka.
Great Grandmother to Owen, Lucas, Brianna, Anthony and Ava.

Pat was born and raised in Mimico, Ontario and spent her entire life living in the Toronto area.
Prior to marriage she worked in administration at St Josephs Hospital, followed by part-time at Eaton’s and finally after the kids had grown, The Independent Order of Foresters, but mainly her focus was on raising and providing unbridled support for her family.
Her love was unconditional and her children could do no wrong. When we got married, her acceptance of our spouses was just the same – never judging only supportive and loving.
A lifelong Toronto sports fan, she loyally supported the Maple Leafs and Blue Jays but was also a keen fan of most sports.
Decades of happy, sunny summers were spent on Buckhorn Lake complete with afternoon gin & tonics and as she got older white wine, boat rides to Theona Lodge and Saturday night euchre. For the last 26 years, winters were spent in Naples, Florida where many dear friends were treasured.
Pat had an amazing life and was fortunate to have a long and eventful retirement with Sam, travelling extensively throughout virtually all of Europe, cruising the Caribbean, Mediterranean, Scandinavia, The Rhine River and Alaska.
She watched proudly as her grandchildren grew into adults and her great grandchildren ensured her lineage would carry on her spirit into the 22nd Century!

We are grateful for our winters together. Your friendliness and generosity will be missed.

To the Vella Family,
Please accept our deepest sympathy for your loss. Pat was such a kind dear friend. We’ll always fondly remember the many wonderful times we shared over the years. Our thoughts and prayers are with you all.

We are fortunate that we had the opportunity to have had such wonderful friends as part of our lives, gladwyn and Bud ( now deceased)

Today and always , may loving memories bring you comfort and strength.

Being the youngest Grandchild, Grandma and I had a very special relationship. I remember looking up to her as she loved, cared, and supported every person around her. She was excepting of everyone and will be missed by everyone who knew her.
I will always love you and have you forever in my thoughts.
Eryka 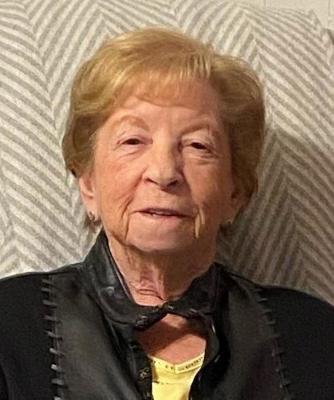