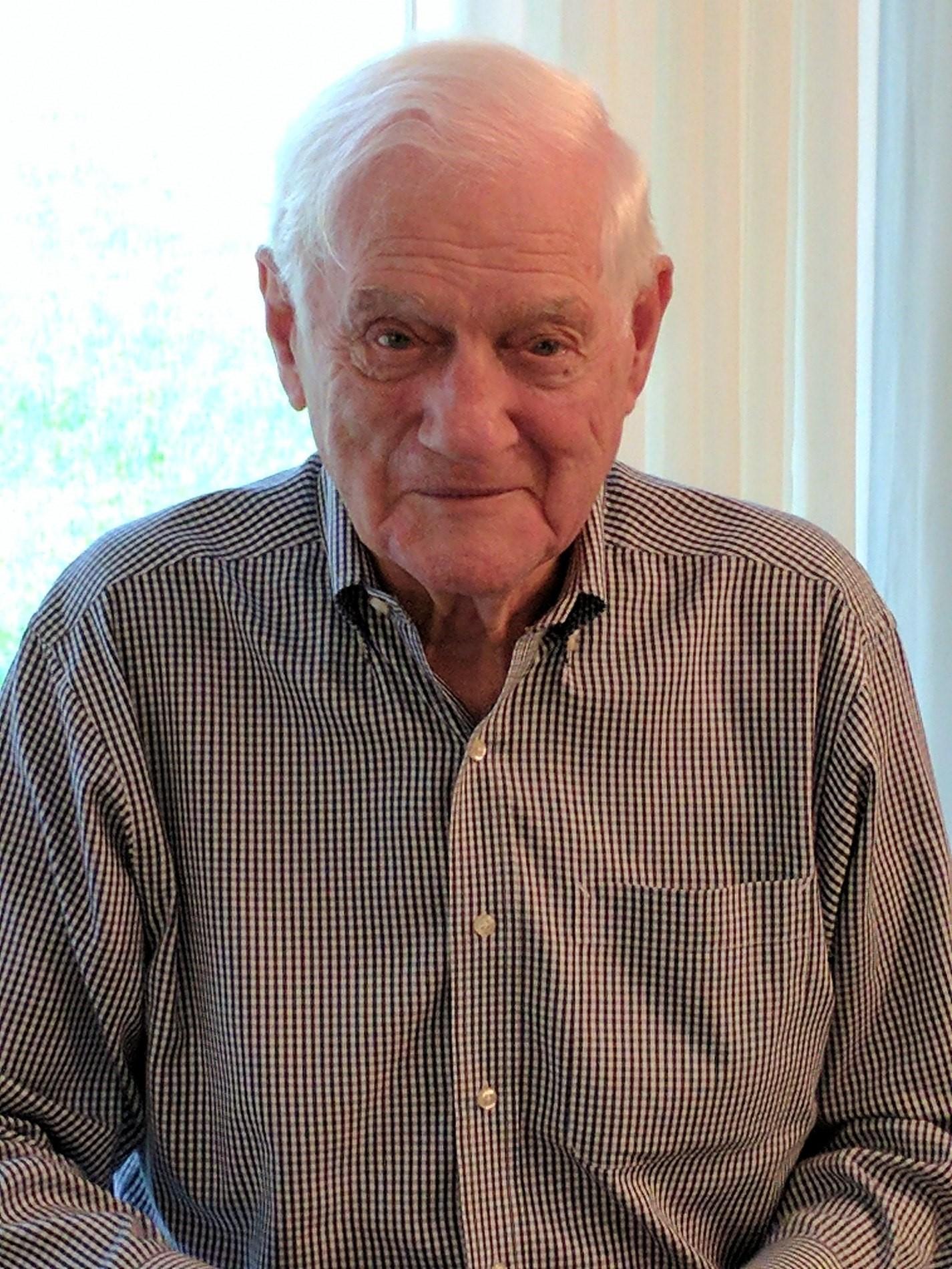 The clock of life is wound but once,
And no man has the power
To tell just when the hands will stop
At late or early hour

The present only is our own
So live, love, toil with a will -
Place no faith in ‘Tomorrow’ –
For the clock may then be still.

At home surrounded by his family, Noel’s clock stopped on October 7th, 2021, two months shy of his ninety fourth birthday. Predeceased by his wife Faith, he leaves behind his three children – Bruce (Debra), Sheilagh (Jean) and Michael (Sharon) along with his eight grandchildren, Nicolas, Natalie, Marley, Anna, Lucas, Grace, Addy and Sarah. Noel also leaves behind his first wife Norma, younger brother Leo (Carol) and was predeceased by his elder siblings Yvonne and Cranmer. He will also be remembered by a bevy of nieces and nephews, and most fondly as “Uncle” by Zoe and Julia Paliaire.

Born in Great Waldingfield England on December 25th 1927 Noel spent his youth in various locations as his family moved where his father could find work. His life in England included beginning his working career at the age of twelve delivering milk, being a projectionist in a London movie theater and being called to serve in the Royal Marines at the age of 18 in March 1946 following the end of WWII. He followed Norma to Canada aboard the RMS Ascania on March 16, 1956

Noel’s life in Canada was characterized by hard work and family. His passion for both exemplifying the story of a successful Canadian Immigrant. He quickly found work in the car business becoming a Clerk at Robertson Motors on the Danforth. Despite having only a grade eight education Noel’s understanding of numbers fueled his success as he was quickly promoted to Comptroller prior to joining and assisting with the opening of Alec Irvine Motors in 1963 as Secretary Treasurer. Along with long time partners Deryck Gilpin and Mel Smirle Noel bought North York Chevrolet Oldsmobile in 1968 and quickly established it as one of Canada’s leading General Motors Dealerships. He later partnered with Roy Foss to open Canada’s first Auto Centre in 1982. Noel was President of Toronto Dealers Association (1976), International Car Show (1977), Toronto GM Dealers Association (1982). He was recognized by General Motors Canada for 50 years as a General Motors Dealer in 2018. Noel was a proud General Motors Dealer and always appreciative of the opportunity that was offered to him. His career was exemplified by hard work, passion for people and a willingness to give back. His values live on today through The NewRoads Automotive Group.

Noel was a member of the Rotary Club of North Scarborough and an avid supporter of Big Brothers and Big Sisters. He was one of a small group of people who started the Big Brothers Gourmet Dinner – an event which remains its largest source of fundraising today. He was named Big Brother of the year for metropolitan Toronto in 1985 acknowledging his relationship with little brother Jason Beaumister. He was an avid golfer having held memberships at Scarborough Golf Club, Muskoka Lakes, Thornhill and TPC Prestancia in Sarasota.


A private funeral service will be held on Tuesday, October 12th, 2021 at 10:00 am, followed by burial at Mount Pleasant Cemetery. For those who wish to livestream the service, a link will be available at the top of this page at 9:45 am. A larger Celebration of Noel’s Life will be planned for spring/summer 2022. In lieu of flowers, donations may be made to the Noel Croxon Legacy Fund, Big Brothers Big Sisters of York https://york.bigbrothersbigsisters.ca/donate/

This event will be broadcast live via this memorial site.
Mount Pleasant Cemetery, Cremation & Funeral Centres
375 Mount Pleasant Road, Toronto, ON, CANADA, M4T 2V8 Get Directions
Tuesday, 12 Oct 2021 10:00 AM - 11:00 AM
Info: The Funeral Service for Mr. Noel Croxon will be private. For those who wish to livestream the service, a link will be available at the top of this page at 9:45 am.