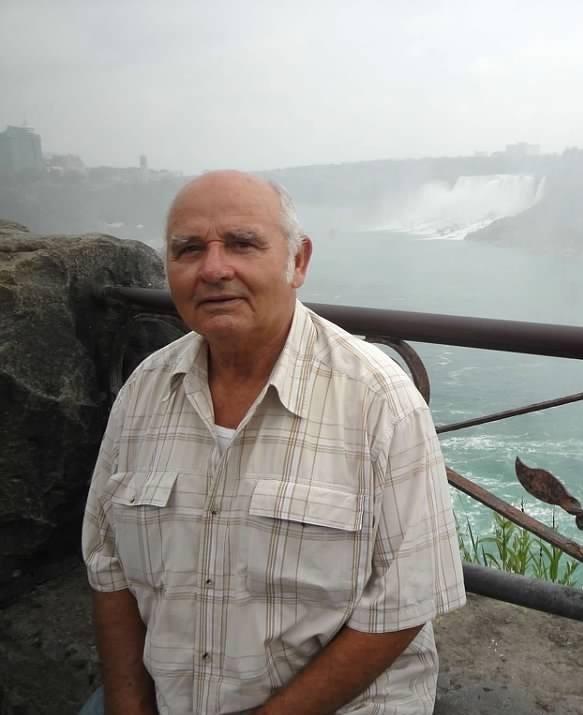 In loving memory of Nikola Romic, who passed away on Wednesday December 9, 2020 at Centenary Hospital in Toronto at the age of 89. Predeceased by Olga, his wife of 60 years, Nick was a caring father to Marina (John) and Alexandra (Lou), and a loving Deda to his grandchildren Andrew and Lauren. He is survived by his youngest sister Dobrila and her family in Serbia.

Nick had an adventurous spirit as a young man and was eager to find new challenges outside his native Serbia. A skilled tool and die maker, he first found a home in Paris before settling in Toronto in 1966. He was very adaptable at learning languages: while in Paris he learned to speak French, and then later in Toronto he picked up English, his third language.

Although tools and machinery were part of his vocation, he also had an extensive collection at home and was always tinkering with his car or fixing something around the house. With Nick there was no need to call a repairman, and indeed, he would not have allowed it.

An athlete his entire life, Nick was a whitewater kayaker in his youth and an expert swimmer. Adept at many sports and an avid runner, he took up cycling and walking in his later years, often surprising his family with his athleticism, even into his seventies.
Nick liked to laugh, and was always quick to tell a joke or share a humourous anecdote. He was the anointed chauffeur for his daughters' many afterschool activites, and later, a willing playmate for his grandchildren, even to the extent of getting his hair braided or his face painted.

Deda, you will be missed by your family, but you'll now be reunited with Bubi. Rest in peace.

Many heartfelt thanks to the PSWs at Circle of Care and staff of the Central East Local Health Integration Network – your extraordinary support, dedication and kindness are very much appreciated.

Should friends desire, contributions may be made to the St. Michael's Hospital Foundation.