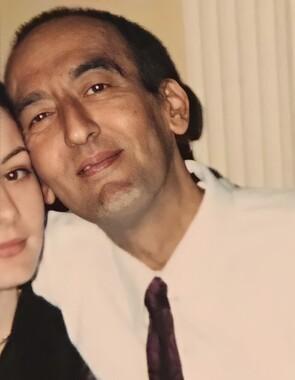 DOUFEXIS, Nick passed away suddenly, after being diagnosed with cancer, at Michael Garron Hospital in Toronto on September 25, 2021, at age 66. Nick was born in Kato Achaia, Greece, on September 14, 1955. The youngest of six children born to Andromachi (Mourkioti) and George Doufexis, he was the baby of the family. When Nick was 10 his family moved to Toronto. Though he battled health issues his entire life, Nick was courageous and positive and always defied the odds. He was blessed to have a wonderful team of health care providers and family and friends who supported him. Nick was talkative, always smiling, and quick to make others smile with a joke, and always poking fun.A lifelong Montreal Canadiens fan, he loved hockey (and played when he was younger). He enjoyed his sister’s cooking, playing cards, and socializing and having a Tim Hortons coffee with family and friends. An adoring “pappou,” his favourite pastime was spending time with his grandchildren, watching wrestling together, attending their sporting events, or FaceTiming. Nick will be greatly missed by his children Nicholas (Marisa), Christina (Kevin) and Natasha (Nick). He leaves with loving and treasured memories his grandchildren Aidan, Micah, Evia, Liam, Niko, Will, Noah and Xristian. Nick will also be missed by his brother Kosta and his sisters Athina (George) and Aspasia (Kosta); his many nieces and nephews and extended family; his former spouse, Laura; and his friends and neighbours on Rexleigh Drive.Nick was predeceased by his parents, his brother Trifon and his sister Peggy.  He shared a special bond with his predeceased brother and best friend Trifon. They are surely reunited, having a coffee and talking about hockey.

Pine Hills Cemetery & Funeral Centre
625 Birchmount Road, Toronto, ON, CANADA, M1K 1R1 Get Directions
Thursday, 30 Sep 2021 4:00 PM - 8:00 PM
Info: Due to COVID-19 room capacity is limited to maintaining physical distancing requirements and use of Face Coverings are mandatory while inside our facilities. Only a limited number of people are allowed in the building at a time. Rotation of visitors is permitted, once the limit is reached, no further guests are allowed in until others have left the building. In order to provide all attendees to pay their last respects please be mindful and limit your time in the room.

St. Kosmas Aitholos Greek Church
2817 St Clair Ave E, East York, ON, CANADA, M4B 1N3 Get Directions
Friday, 1 Oct 2021 11:00 AM - 12:00 PM
Info: Due to COVID-19 restrictions attendance is limited to invitation only. Physical distancing requirements and use of Face Coverings are mandatory while inside all facilities.