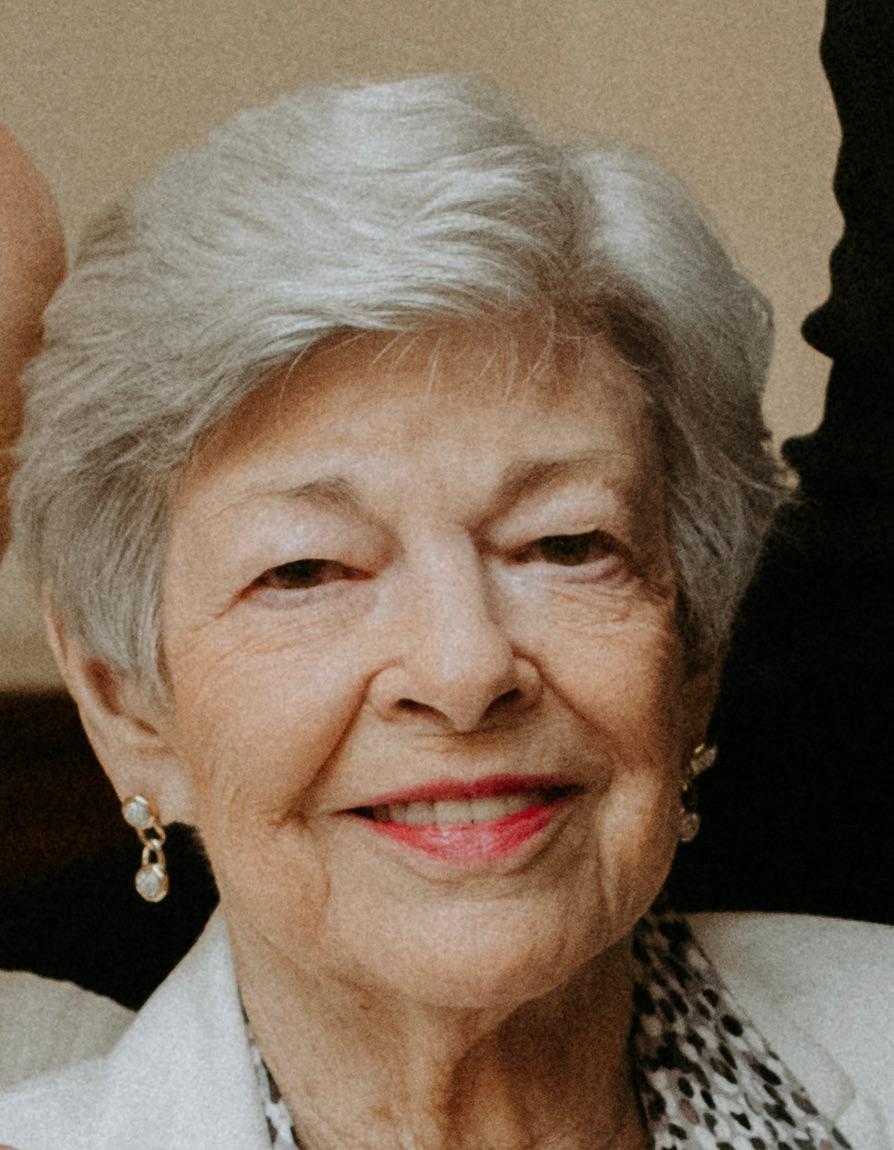 Nancy Kennedy died peacefully at home with her family by her side, the morning of January 14, 2023. She was in her 93rd year. Nancy will be dearly missed by her husband of 68 years, Donald Kennedy and her sons, Bill (Anna) and John (JoAnn). She will forever be in the hearts of her grandchildren; Michael, Rebecca (Ryan), Patrick (Kaitlin) and Jocelyn (Benji). She is predeceased by her brother, Richard LeVan.

Nancy was born on August 20, 1930 in Kapuskasing, Ontario. She lived in New Rochelle, New York as a child before moving to Toronto, where she attended both Browns and Havergal College. She studied nursing at the Royal Victoria Hospital in Montreal and graduated in 1953 before starting her nursing career in Arnprior, later nursing in Winnipeg and Wingham. Nancy and Don were married in 1955. Their life experiences dictated many places of residence including Winnipeg, Kenora, Montreal, Wingham and Ottawa, before settling in Toronto upon their retirement.

She attained her pilots license, was an enthusiast on the golf course (proud owner of a “hole in one” at the Toronto Hunt) as well as the curling rink (where as captain she skipped an 8-ender at a bonspiel in Walkerton, Ontario). She sharpened her bridge game in retirement, was a passionate reader and an avid baseball and hockey fan.

At Nancy’s request, there will be no visitation or funeral service. Cremation has taken place and a private family graveside service will follow. Condolences can be forwarded through the online guestbook. In lieu of flowers, please consider a donation to the charity of your choice.

The family thanks the caring support of Dr. Alissia Valentinis, the staff at the Dunfield Retirement Residence, and Elisa Maglaya Dacuag, particularly during her final days.