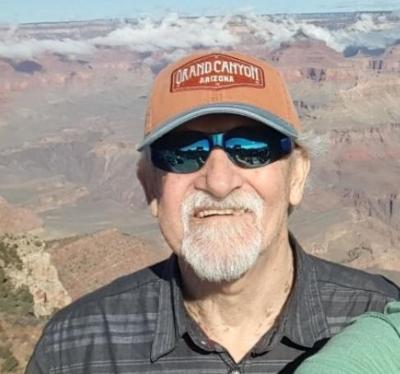 Michael Barry Godfrey Chessman Born September 24, 1933 in Romford England to Christina Ball and William B.O. Chessman. Michael passed away June 1, 2021 in his home of 58 years on Andrew Ave. in Scarborough, Ontario. He now joins his wife of 40 years Betty Madeleine (Moore) Chessman. Michael leaves behind his beloved companion and partner of 18 years Monika, his family; sons Michael (Darlene), Patrick (Karen), Gary (Ana), late Randy, his daughter Kelly, his grandchildren Lisa (Marcel), Lauryn, Casey (Mario), Randy, Jeff, and Tina (Mitch), great grandchildren Savannah, Avery, and Layla, his sister Maureen, and late Maurice and William along with many friends, extended family members, and all his backyard animals.
Michael was a gentleman and a scholar, a very humble man. He was so easy to love, his heart was kind, and his words well spoken. Michael lived a full life and would always say he had “a good kick at the can” and he had no regrets. At 87 he joked he was still kicking the can down the road, only a little slower.
Surviving the great war and living in several areas across the countryside in England as a boy his family lost many homes to bombings. As a young man he joined the army and soon after serving in Britian as a Gunner he immigrated to Canada with his family. He believed his new home; Canada was the best place in the world to live. He travelled the world as a geo-chemist studying the land, he had a great love for nature. He cared deeply about the earth and all living things and in his time did his part to take care of it.
Soon after meeting his wife and settling down he traded in his adventures in the bush for a career as a chemist and a family. He worked hard to provide a good life for his family, and they never went without even in challenging times. Michael had many hobbies and passions throughout his life. He passed on his knowledge, experiences, and skills to his children. He was artistic and enjoyed sketching and created wood veneer art. He was inventive and was master with his hands. He designed and built his own observatory and telescope to view the stars that the entire neighborhood always stared at in wonder. He lived life in every way and always with a positive outlook on life. His favorite constellation was Orion. He had a stamp collection started as a young boy and enjoyed a variety of music from all decades and genres. He really loved an informative book. He believed it was important to always keep learning and he was always willing to try something new with no fear of failing as he knew that was how a person learned. After his wife Betty passed away he reinvented himself at the age of 70 and got a motorcycle license and drove a beautiful custom Trike that he loved. He often spoke of the new friends and good times he had on his bike. He drove to the ocean and travelled many places for 5 years on his bike.
Michael never stopped learning and growing. In his mid-eighties he learned how to build and program computers, a hobby he said kept his mind in shape. He was a man ahead of his time and was always ahead of the curve. He always kept up with technology and the changing times. Michael was a man who could adapt to whatever the world gave him. He never complained and would just say “get on with it”. He lived without prejudice or judgement and treated everyone with kindness and fairness. Michael was a role model whose constant source of inspiration and wisdom will carry on for generations. He instilled values and lessons that will continue to guide all that were fortunate to know him. His laugh and smile live on in our hearts and will forever be missed.
He was a good man and lived a good life full of love and hope.

Elgin Mills Cemetery, Cremation & Funeral Centres
1591 Elgin Mills Road East, Richmond Hill, ON, CANADA, L4S 1M9 Get Directions
Monday, 7 Jun 2021 11:30 AM - 12:00 PM
Info: Please note that this is a closed Family Only Event. A celebration of life will be held at a later date this summer and it's the family's hope that all friends and family can attended. Details will be made public at that point in time.
Order Flowers
Make a Donation
Help Extend the Memorial
Order a Keepsake Book