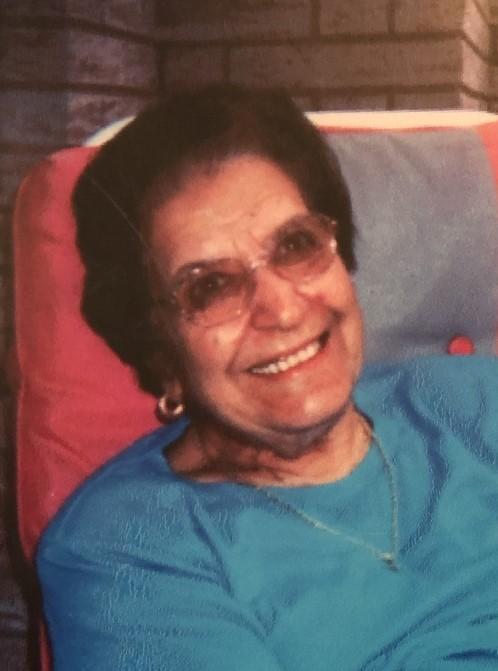 It is with great sadness that we announce the passing of Maritsa Antoni on April 27, 2021 at the age of 95. 'Maria' passed away peacefully at home surrounded by family. Beloved wife of the late Zenon. Cherished mother of Elias, Gina (Paul), Fotis, Lucy (Ken), Terry (Reg). Proud grandmother to Stephen (Kelley), Michael (Cyndi), David (the late Rebekah), Scott (Cheryl), Christopher, Niki, Elise (Tim), Mack (Allison), Ryan (Kaitlynn). Sister of Evangelos (Christala) and Sotira (the late Mihail) She will be greatly missed by her great grandchildren, many family and friends. Maria was born on September 17, 1925 in Marathovounos, Cyprus to Louka and Sotira Chrysostomou. There she met and married Zenon, a marriage that lasted for 69 years until his death in 2014. In 1952, together with their 3 children they immigrated to London, England to start a new life and raise their family. In London, Maria learned a new language, got her first job and navigated the London bus system. They had 2 more children before deciding once again to start a new chapter in their lives by moving to Toronto, Canada in 1964. They moved several times before settling in Markham, Ontario in 1985. In Canada, Maria continued to work, impressively learned to drive at 65 and helped raise her grandchildren before retiring in 1995. Maria's passion was family and was happiest when her home was filled with family and friends.

Unfortunately, as a result of a stroke suffered in 2012, Maria's health declined and she was no longer able to host the gatherings that brought her much joy. The family would like to thank LINH, the many PSW's she had over the years and Dr. Hamrahi and the Palliative Care team for her care in her last few months. A very special thank you to her incredible live-in caregiving angels, Selestina, Christi and Lilian for their love, devotion and companionship.

This event will be broadcast live via this memorial site.
York Cemetery & Funeral Centre
160 Beecroft, Toronto, ON, CANADA, M2N 5Z5 Get Directions
Thursday, 6 May 2021 9:00 AM - 11:00 AM
Order Flowers
Make a Donation
Help Extend the Memorial
Order a Keepsake Book