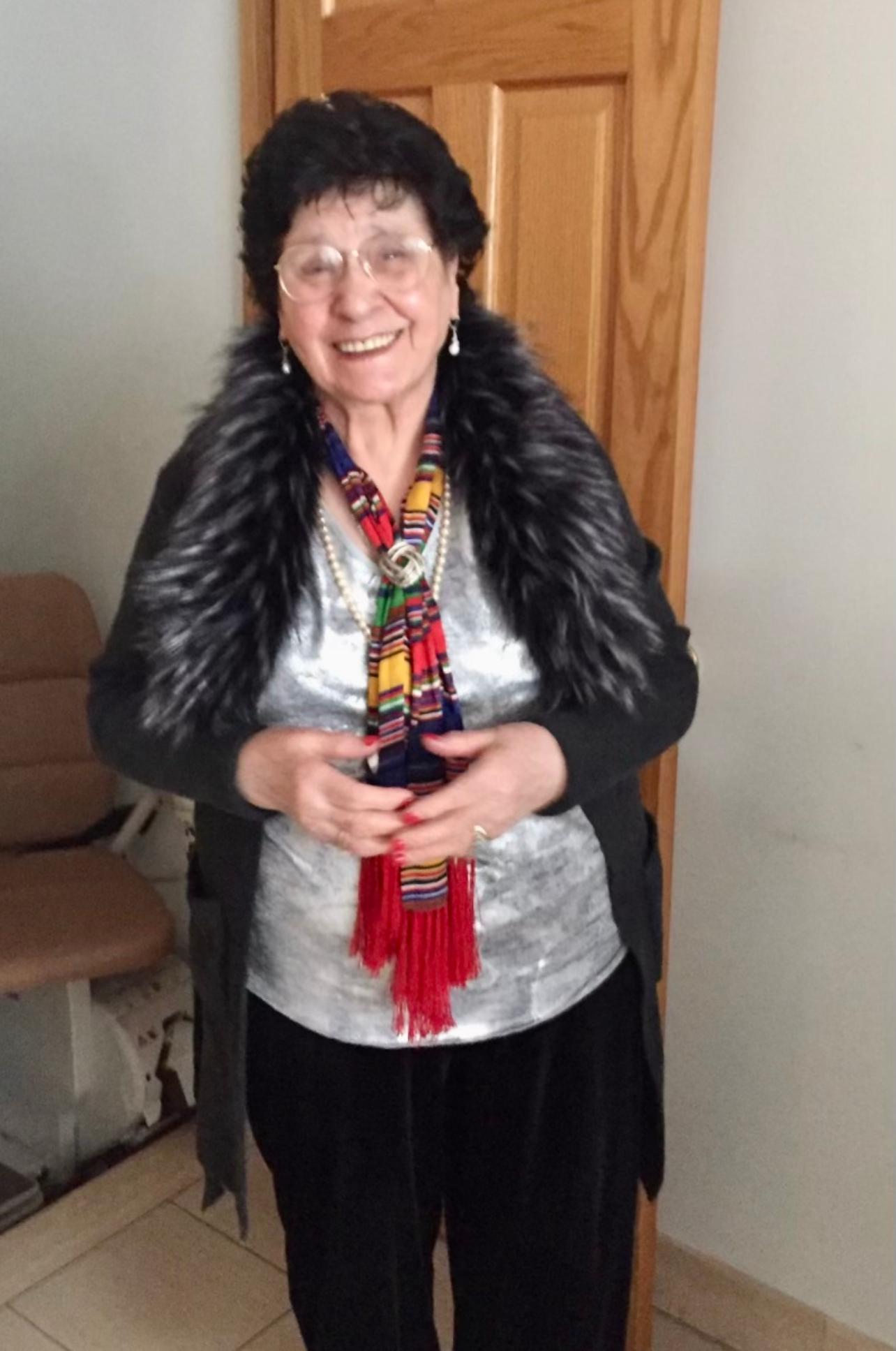 Maria Kolja (nee Zinga) passed away January 17, 2023, in hospital in the loving presence of her youngest daughter. Predeceased by her husband Viktor and survived by her five children, Marko (Hilary), Tony, Frank, Julia (Mike), Angelina (Matt). Beloved grandmother to Alexander, Eric and James, Christyna, and Michael. Beloved aunt to John (Carla), Mark (Joanne), grand-aunt to Ljiljana, Juliana, Valentina and Arianna. Resting now in God's presence and making him cry with laughter even as we cry at her passing.

Maria came to Canada in 1961 from Italy (Santo Stefano Aprigliano, in the province of Cosenza, in the region of Calabria) by boat at the urging of family already living in Toronto. Ever the hard worker, Maria soon found work in a factory as a punch press operator earning 50 cents an hour. Maria took the bus to work everyday and soon marvelled at the amount of salt in the city as it appeared to be everywhere she turned. At some point, Maria asked a co-worker why there was so much of it in Canada. Her co-worker was a bit puzzled by the comment and dug a little deeper to better understand her question. Eventually, Maria’s co-worker discovered that what she thought was ‘salt’ was instead the English word ‘SALE’ (as it happens, the Italian word for salt-saaleh). The upside to resolving this minor mystery was that she could now tell where the deals were.

In 1963 Maria met and wed Viktor and the two went on to have five children that they raised in the east-end of Toronto until Viktor passed away in 1986. His death was traumatic for the family but Maria leaned on her Catholic faith and the support of her children through the struggles. Several of her children went on to have families of their own leaving her a legacy of five grandchildren. In her senior years, her youngest son and daughter took on the privilege of caring for her, which made it possible for her to remain in the home where she had lived in for 55 years.

With a sarcastic wit and blunt honesty that was in turn both comical (sometimes accidentally) and occasionally irritating, she nonetheless had a compassionate streak that I daresay all her children inherited. Whether it was friends of her children in need of a bed or a family member in need of a home she always erred on the side of kindness (She was also known to help people cook and bottle a jar or two of tomatoes for the winter).

Maria is gone now but not forgotten and she will forever be in the hearts of those who knew her. She has left us with her kindness, compassion and for better or for worse, an inability to keep a comment to herself. Her family will struggle for now but they will be fine because that is what Maria would have wanted.