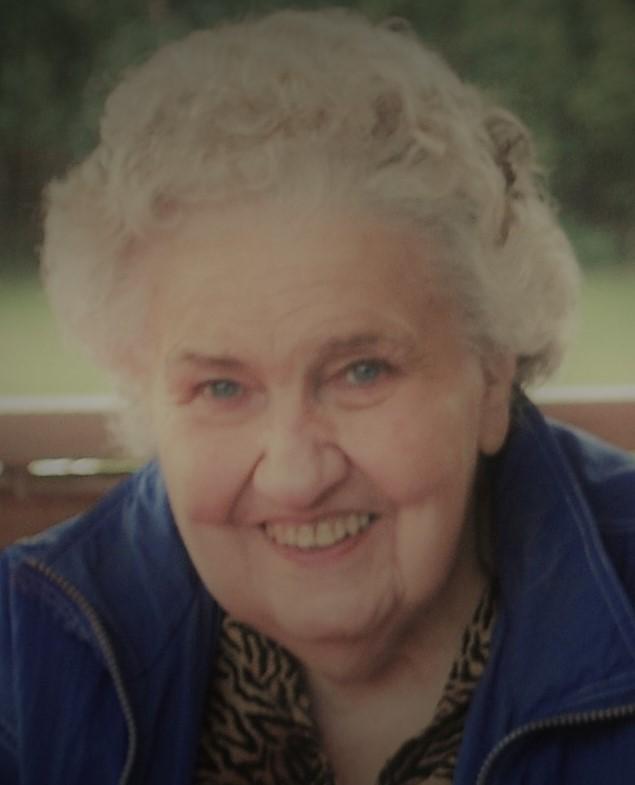 In 1927 Flappers danced the Charleston, Lindbergh flew solo over the Atlantic, the Old Age Pension Act was passed, and the Toronto St. Patrick’s became the Maple Leafs. Most important of all was the birth of Margaret Anne to Flora and Archie Garnham in Toronto. Margaret joined her parents and siblings, Scottie, Bessie, and Jean and lived in an apartment over the store on Queen Street where Archie owned and operated a shoe repair business. They moved into their house at 127 Ashdale shortly after the fifth and final child, Dorothy, was born in 1932. Margaret and her siblings attended Highfield Gospel Hall and went to Duke of Connaught Public School. I believe she attended Eastern High School of Commerce and began working as a secretary after graduation.
She met Sandy Fraser due to their mutual fondness for bowling and love blossomed. They were married on July 16, 1949 at Rhodes Avenue United Church (now Glen Rhodes). They lived happily for many years on Langley Avenue in Toronto.
December 1960, April 1961, and July 1961 had to have been one of the most traumatic and upsetting periods of her life, and indeed for the entire family. Her brother, Scottie passed away first, then her beloved Sandy, followed by her father, Archie.
Some time after Sandy’s death Margaret moved back to Ashdale and lived with her mother. During those years she worked in several offices and finally settled at Electrolux. She also drove Sandy’s car, a 1960 Chevrolet Biscayne.
After Flora’s death in 1982, Margaret inherited the house on Ashdale.
She then spent a great deal of time with her sister, Jean, and her husband, George. Sadly, in 1990 George passed away and afterwards the sisters grew even closer. Also, in the 1990s, Margaret retired from Electrolux, sold the car to an antique car collector, and she and Jean began to spend more and more time with their, by then widowed, sister, Dorothy.
Jean passed away in 2007 and within a few years Margaret’s health began to suffer also. Nevertheless, she was determined to keep her independence. She took care of herself, her finances, and her house, and kept an eye on everyone else too. But time waits for no one, not even Margaret Fraser. Her health failed noticeably in 2015 and by early 2016 she was in the hospital. While there she lost the last of her siblings, Dorothy.
Having outlived the relatives of her generation and not having children of her own, her nine nieces and nephews did their best to care for her. After a year in hospital and rehab. she moved into a retirement residence where she settled in and learned to accept help. In 2018, after 86 years of Garnhams living there, 127 Ashdale was sold.
The summer of 2019 saw a great decline in her health, but she held on, until late spring 2020. After two more weeks in hospital Margaret passed away on June 4th, when she finally succumbed to age and illness.
Rest well Aunt Margaret. We love you.