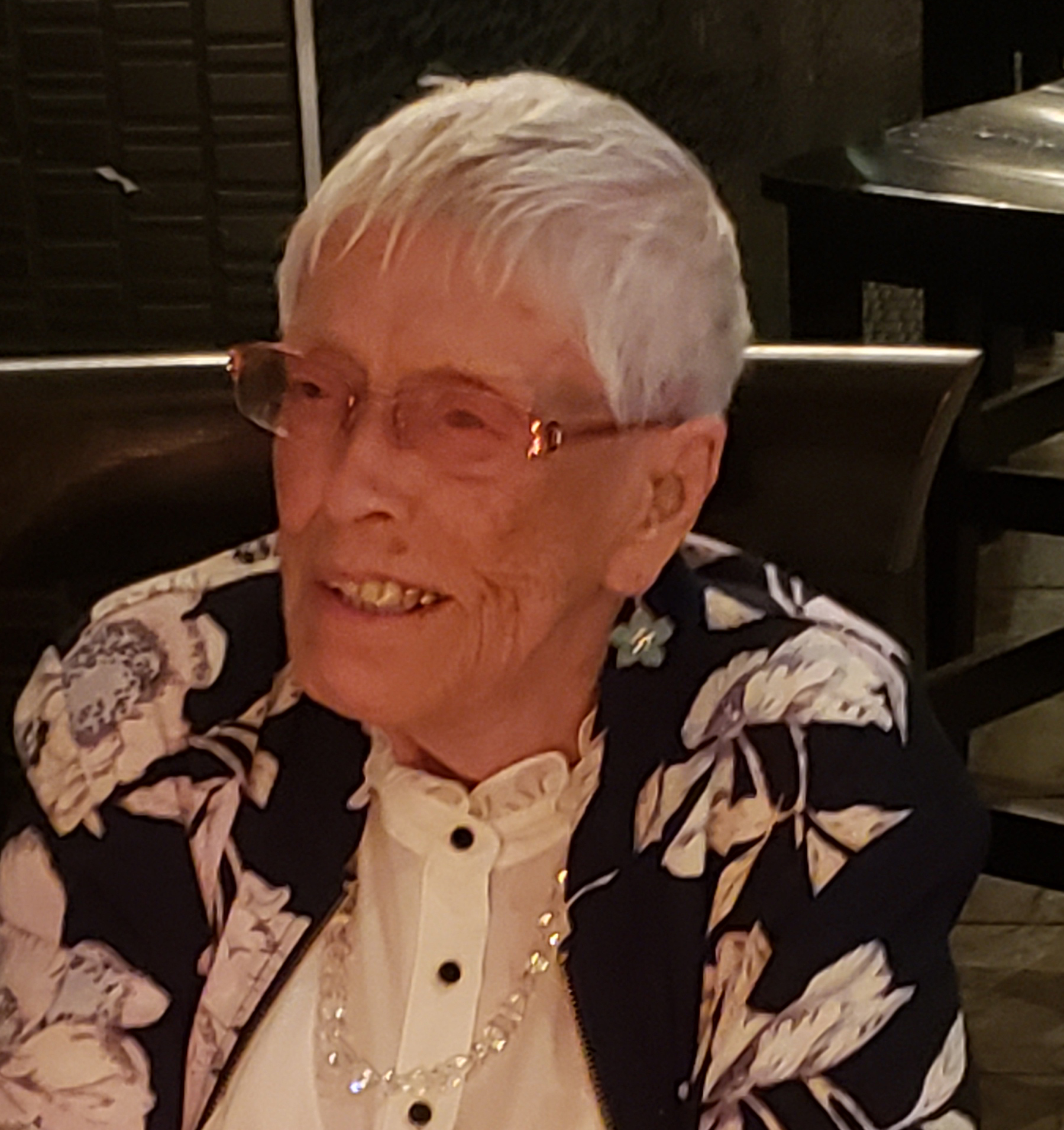 Born June 29, 1929 in Toronto; died peacefully on April 30th of natural causes. She was the daughter of Herbert (Bert) Griffiths of Rhyl, Wales and Lillian Davies of Liverpool, England. Beloved wife of the late Harry Williams for 67 years. Loving mother of Lynne (Glen), David, Kenneth (Janet), James (Kim), and Paul (Angie). Cherished nina of Laura, Kevin, Paige, Brooke, Chase, Adam, Matthew, and Hailey. Great-grandmother of Matthew, Nicholas, Ryder and Charlee. Predeceased by her older brother Roy, sister-in-law Ruth and younger brothers Glyn and Trevor. Will be missed by her many nieces and nephews and friends.
A highland and tap dancer at the Alice Wright Dance Studio, in 1942-45 she was part of a troupe that entertained soldiers at Camp Borden; a competitive roller skater in dance at “The Terrace” Roller Skating Rink in Toronto; and an accomplished horseback rider who loved her horse Pindar.
She left school early when her father died even though she was a gifted student. She never lost her love of learning and was always taking night school courses. She and her brothers belonged to the Stardust Teenagers Club. Members continued to connect by playing euchre at each other’s homes into their 80s.
She was a medical secretary for Dr. Genesove and was president of the Ontario Medical Secretary Association for two years. She was the administrative assistant from 1979 to 1989 for the director of the Division of Cardiology, Dr. P. McLaughlin, at Toronto General Hospital where she took many of the Fellows under her wing and hosted a picnic for them every year at her farm in Thornbury.
Louise loved to shop and was always dressed at the height of fashion including matching accessories for every outfit!
Louise and Harry loved to travel. When the children were small it was road trips around Ontario, visits to Nanny Williams’ cottage at Balm Beach, and trips to Cape Cod and the East Coast. Later they toured the world. They even ‘kissed the cod’ in Newfoundland.
After retiring she started taking art classes in water colours and had several showings. She volunteered at the Aurora Seniors Centre and knitted 119 hats for newborns at Southlake Hospital. She received a Volunteer Appreciation Award from the Town of Aurora for her contributions to the community.
She and Harry grew up in the old city of Toronto and later moved to Willowdale, Markham, Newmarket and Aurora. Louise was living at the Hollandview Trail Seniors Residence for the past two years and will be missed at her weekly euchre game.
A funeral service in her honour was held at York Funeral Centre followed by burial at York Cemetery on May 1st in accordance with COVID social distancing restrictions. A celebration of her life will take place at a later date.
Donations may be made to the Sick Kids Foundation.

A recording of the service is now available under the media tab - videos.