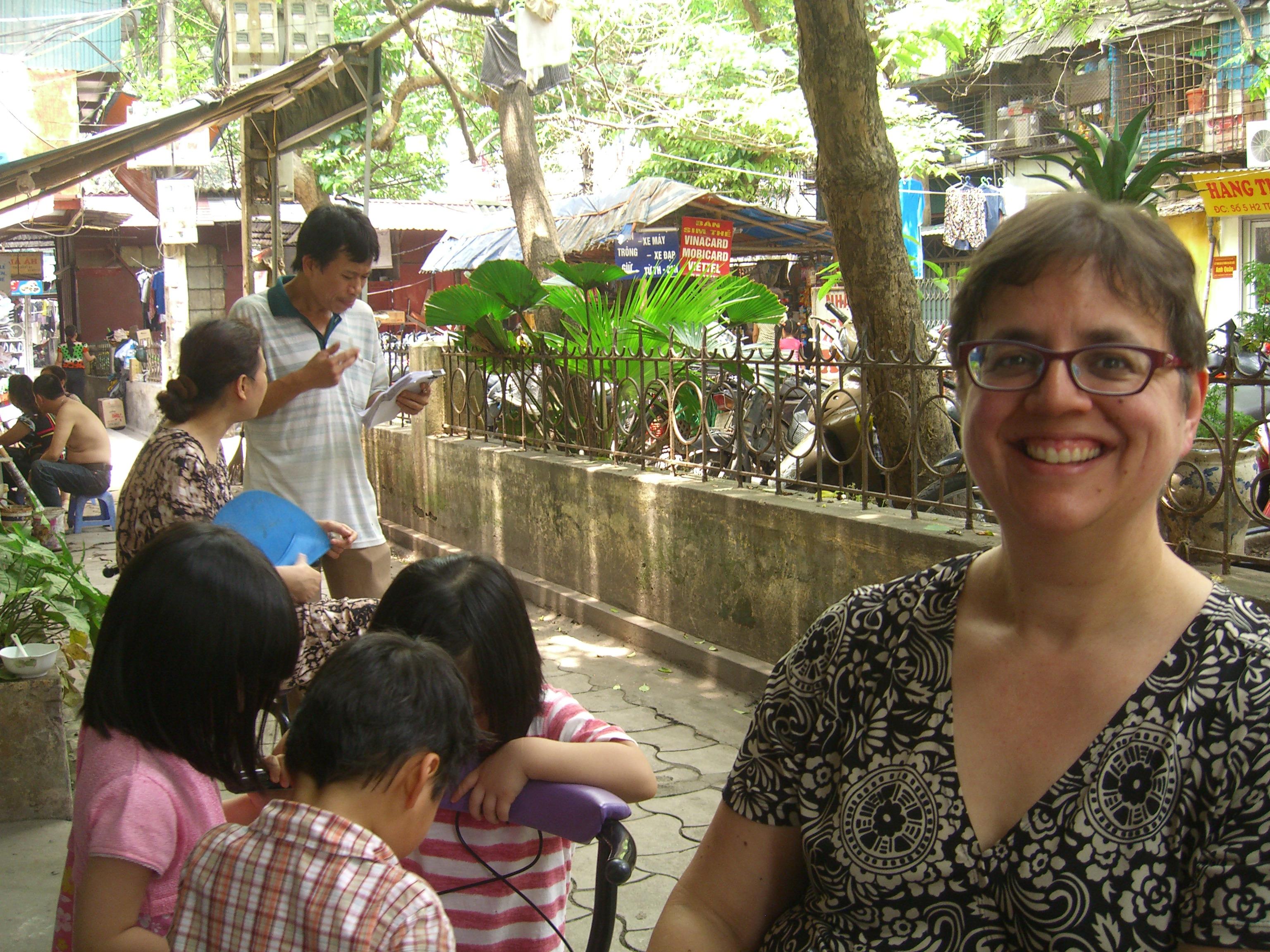 Lisa passed away peacefully the morning of Tuesday January 19, 2021 at her home in Toronto, after a long fight with cancer.

Born and raised in West Vancouver B.C. Lisa attended Hollyburn Elementary and West Vancouver High School. Later, she embarked on a path towards a successful academic career, including earning a doctorate in Human Geography from Australia National University and accepting a position as as Associate Professor in the Department of Social Sciences at York University in Toronto.

Lisa was passionate about her research in Vietnam, living there for long periods over a span of 10 years. She learned both the language and the culture, and gained many friends and colleagues in the process. She acquired a substantial personal collection of beautiful works of art from her Vietnamese artist friends some of which ended up as Christmas or birthday presents for family and friends.

In 2010 she ended up adopting a lovely Vietnamese boy, and out of her many accomplishments this was the one she was most proud of, becoming Chester's mom. Well-read and articulate, Lisa was an excellent conversationalist with a quick wit and dry sense of humour. She enjoyed literature, iconic pop culture, and had a secret love for cheesy Korean dramas. With a try anything attitude towards food, Lisa's favourites ranged from watercress sandwiches at high tea and curried deviled eggs, to spicy kimchi pancakes from Koreatown followed by After Eight Mints for dessert.

Lisa carried on the family tradition of avid recycling and bargain hunting. Christmas and birthday presents were in present bags, with strict instructions to return them once the gift was opened for re-use the following year. On the off chance a present was given in a box, you could be sure that what was inside would be a surprise as the box would inevitably be recycled from something else.

Although Lisa spent most of her adult life in Toronto and Vietnam, she came back to the West Coast of BC to spend time with family for Christmas and summer holidays, never missing an opportunity to go to White Spot for a Monty Mushroom Burger and a chocolate milkshake.

Lisa is survived by her son Chester and predeceased by her mother, Barbara. As per Lisa's wishes, there will be no funeral ceremony. Should friends desire, contributions may be sent to a charity of their choice or to one of Lisa's favourite charities: Operation Eyesight Universal, Covenant House, The Toronto City Library, Camp Artaban Society, and Camp Fircom Society of the United Church of Canada.