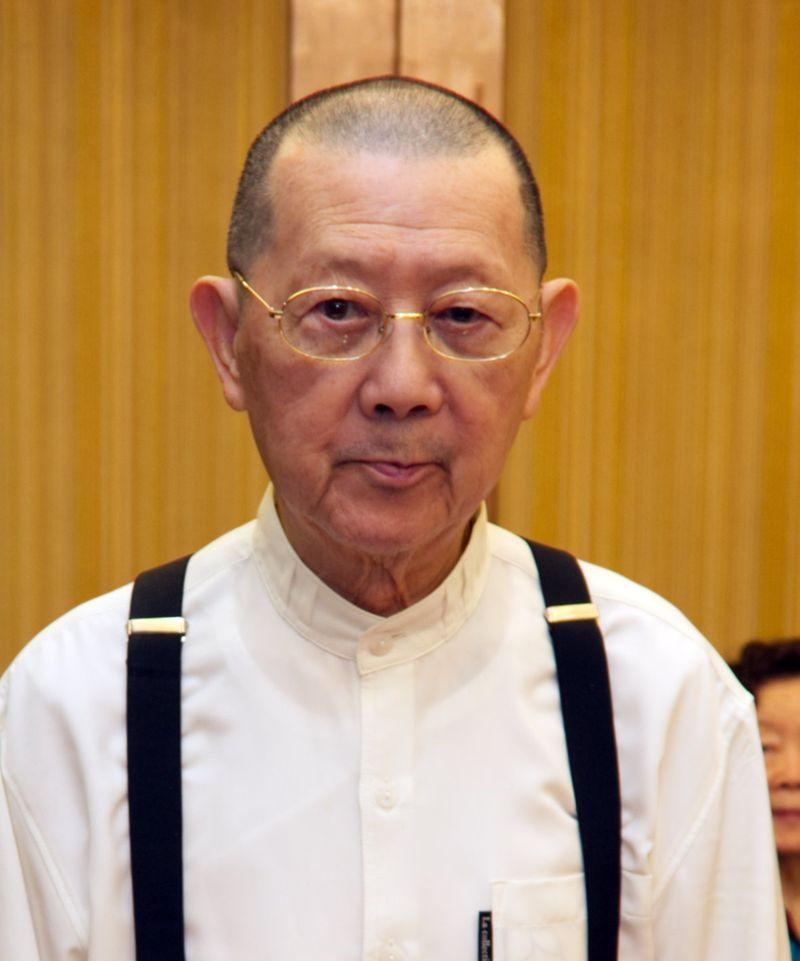 The diagnosis was Parkinson's Disease, no known cure. At the beginning the symptoms were slight; trembling hands, slurred speech, difficulty in remembering things. Then the difficulties in getting around; first the cane then the walker and finally, when his legs just could not respond, the motorized scooter. When the disease attacked his throat muscles he could not swallow his food and he began to lose weight, and everyone knew that his days were numbered. He fought all the way, never complaining and always grateful for the help and comfort that his family could provide. In the end, the disease claimed him. February 25, 2020 in the early evening, Mackenzie Health, with his wife Agnes and all of his children and grandkids by his bedside.

He was born in Hong Kong on September 4, 1938 and spent his early years there. He attended high school where he distinguished himself not only as a scholar but also on the basketball court where he was a standout despite his diminutive stature. Later he would become a demon on the tennis courts, often beating older and more experienced players.

After graduating from high school, Lawrence became interested in travel. He was accepted as a foreign student at the prestigious University of Kansas and graduated in 1965 with a Bachelor of Science in Business degree. But the wanderlust in him was not yet satisfied. He saved every penny that he could earn at summer jobs such as waitering anything that he could find really, and used the money to travel throughout the U.S.A. and many other countries gaining valuable insights into other cultures and lands. That knowledge would serve him well in his careers as a businessman in Hong Kong and, later, Toronto.

When his globetrotting backpacking days were finished he returned to Hong Kong where he would soon meet Agnes, a raving beauty eight years his junior. The chemistry was instant, and after a whirlwind courting period, they married in 1970. Their first daughter, Dulice arrived a year later and their second daughter Diamond coming in 1979.

In July 1975, fate dealt the Lo family a serious blow. Lawrence's older brother Godwin, his wife and parents were killed in a plane crash. Godwin's four children, Yvonne, Debby, Denise and Jonathan, ranging in age from eight years to two were suddenly orphaned. Lawrence and Agnes would become the legal guardians of them. It was a daunting task but one that Agnes and Lawrence were fully committed to and they succeeded splendidly, raising all six children and instilling in them the solid family values which enabled them to thrive and become successful adults, each in their own way.

In August of 1982, the Lo family, in search of a better life emigrated to Canada and, under the caring eye of Lawrence and Agnes, all of the children flourished but remained close even after graduating from university and starting their own lives. In time, the sons-in-law arrived; Melvin, Stephen, Joe, Ron and Zach. In due course the grandchildren came; Shaelynn, Nicolas, Sabrina, Trinity, Ethan, Drew and Kai. All healthy, happy loving and caring.

This large extended family was the centre of Lawrence's life in his later years. He enjoyed the weekly Friday dinners where he could show off his many talents such as his beautiful tenor singing voice, his sharp poker and Mah Jong skills as well as his knack for storytelling and cracking the odd joke or funny story from his colourful past.

Lawrence was not a conformist. He had his own style that made him stand out from the crowd. No one who met him would easily forget him. That's the way he wanted it.

Elgin Mills Cemetery, Cremation & Funeral Centres
1591 Elgin Mills Road East, Richmond Hill, ON, CANADA, L4S 1M9 Get Directions
Sunday, 1 Mar 2020 12:00 PM - 2:00 PM
Info: Respectfully ask that donations to Mackenzie Health Hospital preferred in lieu of flowers. The Family invites you to join us in a Celebration of Lawrence's Life. We will be having a 3:00pm lunch at: Paradise Fine Chinese Dining located at 5505 Leslie Street, Toronto, ON M2H 3B6; (416) 490-8828; http://www.paradisenorthyork.com/ It is located at the North East corner of Finch Avenue East and Leslie Street.
Order Flowers
Make a Donation
Help Extend the Memorial
Order a Keepsake Book