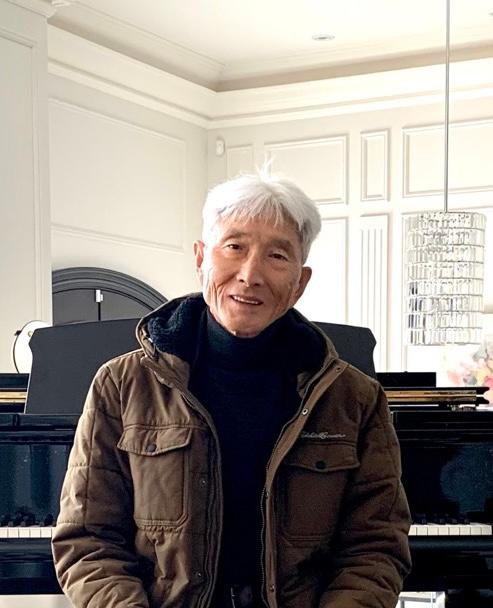 With heavy hearts and loving memories, we announce the passing of our dad, the eternally inspiring figure in our lives, Chongon Kim. Our dad left us from the home in Toronto on Thursday, November 3rd after courageously battling with lung cancer. Surrounded by love and tears, he peacefully passed away, with his family at his side. Dad will be dearly missed by all who had the privilege to know him. He was predeceased by his wife, our beloved mother, Changkyu Lee. The loving father of Yoosun, Jungsun, Oaksun, and Sungsu. Affectionate Grandfather of Chloe, Alex, Olivia, Taeya and Alicia, and dear father-in-law of Paul Seunghoon, Jongseo, Sangho and Yeunjin. He was the most optimistic, fun-loving, hard-working, artistic, and intellectual romantist we have ever known. He served his country, Korea, as a police officer for 35 years. succeeded by his father's profession as a police officer, he and his father were the first Korean star-ranked family police officers. His specialty in the National Security was legendary and exemplary. He served as a chief security police officer of the most historic events like 86 Asian Games and 88 Olympic Games and as well as served as a Presidential Chief Security Officer. He retired as a Senior Superintendent General in the Korean National Police Force. After his retirement, he and his wife moved to Toronto to be close to his children. He derived tremendous joy in spending time with his grandchildren, working on the gardens, and golfing with his buddies. His hobbies extended to many different areas such as playing an instrument like a saxophone, painting, reading, and going nature walking. He was skilled in Judo, and swimming and ran several marathons. Known for his charm, easy smile, and always being in style, he will be greatly missed by family, friends, and neighbours. He lived his life fully and loved by all people.

When tomorrow starts without me, don't think we are far apart, for every time you think of me, I'm right here in your heart.