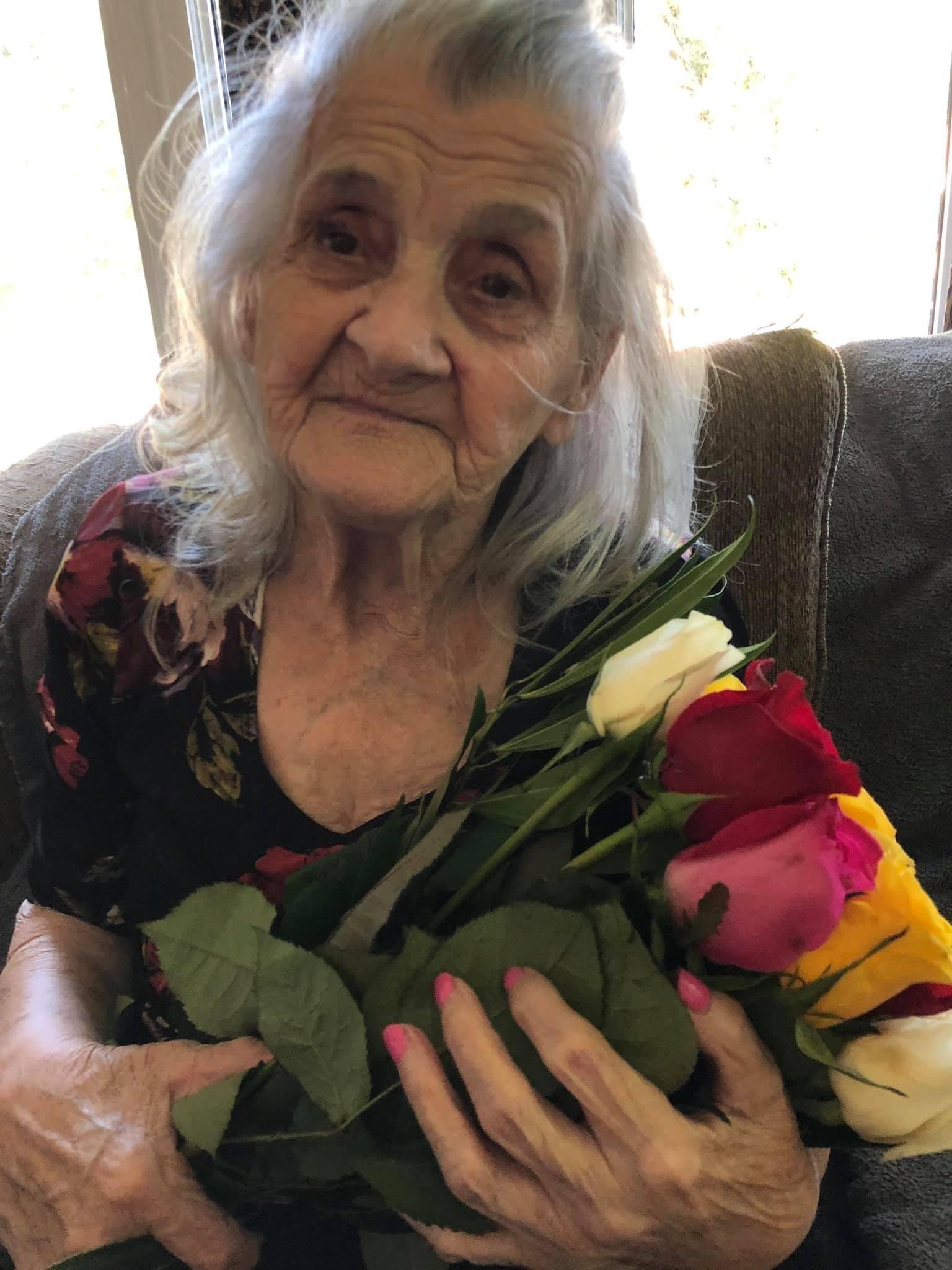 It is with heavy hearts that we share the passing of Katina Zoras (Tzipas). Katina passed away peacefully on Thursday, January 27, 2022 at Toronto’s Centenary Hospital at the age of 91 after 3 weeks in the hospital with aspiration pneumonia. Her family came to her side and the family dog Rosie that Katina loved so much. Cherished wife and soulmate of the late Nicholas (Nick) Zoras for 67 years (married in 1955, who passed away in November 2017). Devoted and loving mother of Steven, Peter (Paula), Vivian, and 7 grandchildren, Roxanne (Scott), Brandon (Hong), Danette (Duane), Justin, Tyler, Nicholas, Nadia and 4 great-grandchildren Dylan, Katina, Elara and Aurelia.
Beloved daughter of the late Apostole and Andonitsa Tzipas. Dear sister of the late Afrodita, Morra, Menka and Yanni Tzipas. Katina was born on August 18, 1930 in Agios Panteleimon, Greece. Katina had to grow up fast as her mother Andonitsa passed away when Katina was 8 years old. Her father Apostole ended up raising 5 children on his own as a single father after his wife Andonitsa passed away. Katina got married in 1955 to her late husband Nick (Nicolas) Zoras and had two children (Steven and Peter) before Nick departed with his brothers Mike and Sam for better opportunities in Canada in 1959. Katina and her late husband Nick were separated due to work circumstances while Nick was in Canada trying establish a life for his wife and children prior to their arrival. Katina’s father encouraged her to leave the hometown and join her husband in Canada with their boys for a better life. At the age of 33, Katina sailed across the Atlantic Ocean with her two sons Steven and Peter in 1963 to reunite with her husband Nick and their extended family. Soon after, Katina found out she was pregnant and gave birth to their daughter Vivian who arrived in November 1965. Katina was independent and a strong woman. She worked at a jewelry factory for 25 years in Toronto and still managed to raise her beautiful family while still enjoying cooking and entertaining in-between being the best mom and grandmother anyone could ask for. At weddings and dances, Katina and her late husband Nick could be found together on the dance floor enjoying traditional music from back-home. Her love of Greek/Macedonian dishes was evident when she would cook feasts for her family and make sure no one went hungry; she would make sure that her family went home with a large care package of leftovers. She enjoyed knitting and crocheting in her free time and having coffee with local relatives. Katina was a die-hard wrestling fan and would watch wrestling daily on tv; Katina had the opportunity to go to many live Wrestling events in Toronto. Katina never took a vacation she made sure that her grandchildren came first and opened up her heart and home for them throughout the years. She loved her grandchildren more than life itself. Katina was often referred to as a “warrior” and “miracle woman” by doctors. She survived two open heart surgeries, breast cancer and dementia, broken hip and stroke. Katina was selfless, thoughtful, compassionate and a humble human – she lived her life true to her values. She was nurturing, loving, dependable and a generous soul. She will be dearly missed by all who knew her and loved her.
A visitation will be held on Thursday, February 3 from 4:30 – 8:00 pm and Funeral will be held on Friday, February 4 from 11:00 am – 12:00 pm proceeded by the burial at at PINE HILLS CEMETERY & FUNERAL CENTRE , 625 Birchmount Road, Toronto. (COVID-19 protocols are in place, please notify Vivian Zoras if you would like to attend.)