The portion of Mr. Kan Koon Mui 梅勤官老師 memorial that you are trying to access requires an extension in order to become active again. Would you like to contribute to the memorial?s extension? 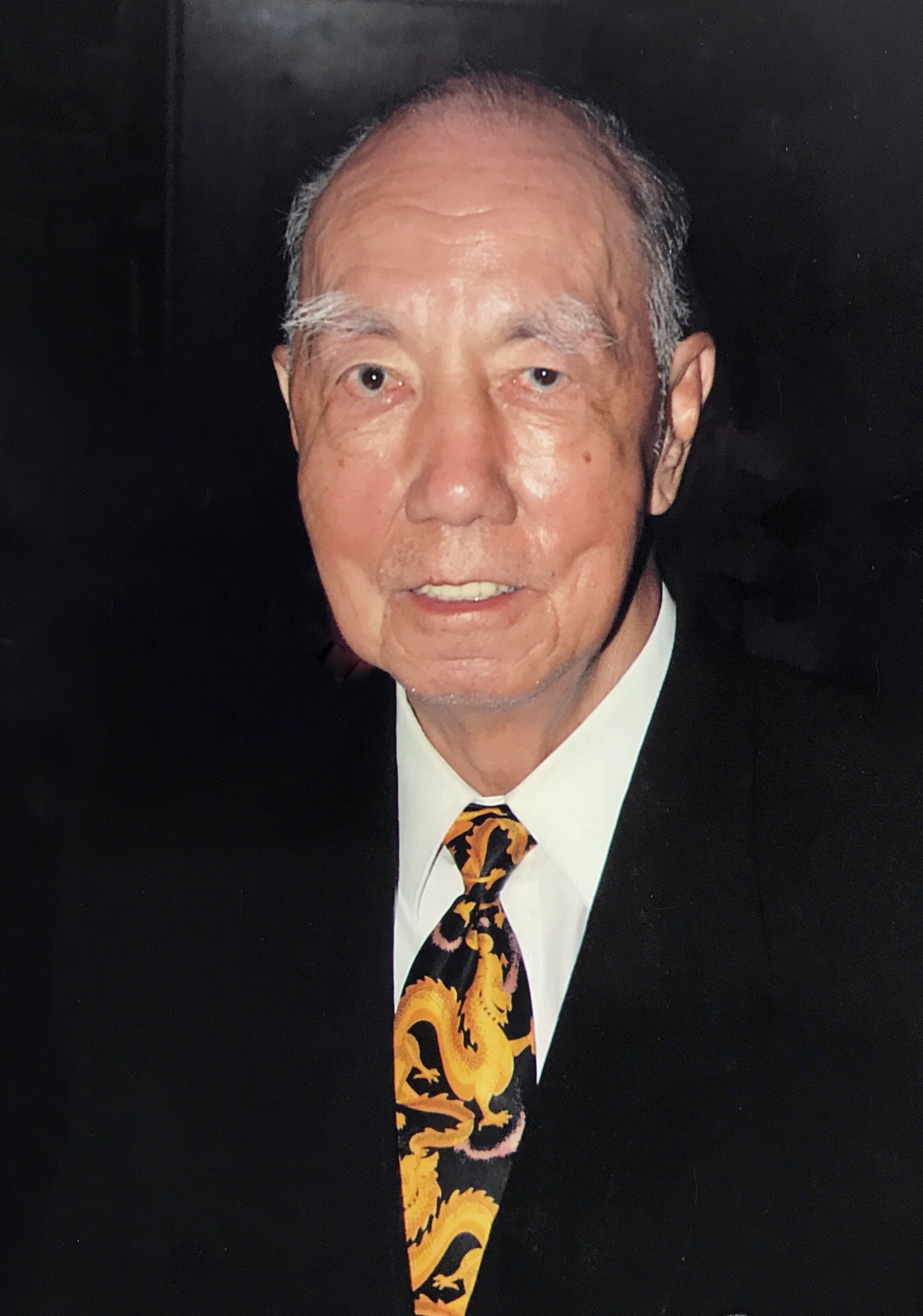 Kan Koon Mui 梅勤官, 88, a dedicated elder of Church of Christ in China Mongkok Church, a renowned international soccer and basketball referee, an avid tenor and a beloved educator in Hong Kong for over 40 years, passed away peacefully on Monday, February 17, 2020 at Scarborough Hospital - Birchmount Campus.

Jerry Siu (Former Student in the 1970s at SFXC)

My deepest condolences to the family of Mr Mui. Mr Mui has been a devoted, passionate and exceptional teacher who inspired me very much in my schooldays. My whole-hearted gratitude to him indeed. May Mr Mui rest in peace at God’s arms.💐💐💐

Thank You for everything u did for 濟記🙏🏻🙏🏻

May God bless you forever!

Mr. Mui was a great teacher to me. He gave me a chance to continue study in SFXC after I made a big mistake, really thankful.
My deepest condolences to the Mui's family. Take care Mrs. Mui.

Mr. Mui had been a kind and modest person. His tenor voice had been inspiring me every time when I heard it and bring me closer to God. I do miss him dearly.

Many of you knew our grandfather as a teacher, a friend, a relative, as a fellow brother in Christ. We hope to give you a glimpse into what he was like as a grandfather.

We were fortunate to have had a chance to really get to know our grandfather, especially after he and my grandmother immigrated to Canada in 1995. They took care of us every day before and after school. We had dinner with them every week, we drove 公公 to choir every Friday, and every Sunday he, along with many of our relatives, attended MCPC together. We were able to spend a lot of time with him throughout the week. Every day before school, I would arrive at 公公’s house and my favourite cereal would be waiting for me. After breakfast, he would walk me to the bus stop and make sure I got to school okay. These were the small but significant actions that showed how much he cared about his role as a grandfather.

When school was over, I would arrive back at their house to spend the afternoon. When I got there, 公公 was often waiting in the garage, meticulously cleaning his Maxima. Not only would he clean his car, but he would even take care to polish the license plate. I would eat a 腸包 and 公公 would let me watch TV while he played Chinese chess, did a sudoku, or read the newspaper. I remember we would often walk to the park together, but it would take me 3 steps to match every one of his. I, unfortunately, did not inherit his height. He helped me learn how to ride a two-wheeler without training wheels, watching me as I practiced on the sidewalk, and in their unfinished basement. When I entered high school, more than a few times, I would miss the bus, and 公公 would drive me to school, with 1430 on the radio. My grandfather was a man who was comfortable with quiet, and he showed his love through his presence - through being with you, doing little things for you, and encouraging you with a few simple words.

Our grandfather was passionate about many things, and he loved sharing them with those around him. He loved calligraphy. He spent hours in his study writing with his 毛筆 and frequently was a judge for the Calligraphy contest at our Chinese school. Despite his many attempts at improving our calligraphy, we unfortunately do not have his skill. He was also a creative man. During Chinese New Year, he would make lanterns out of red pockets. Many of you may have been recipients of the paper swans that he loved to make. He would fold trays full of paper triangles, then carefully assemble the pieces together. I remember he would use these triangles to make dragons, ships, and even pineapples. He also rewrote lyrics to some of the songs that we would sing at our monthly prayer meetings.

Many of you also know he loved basketball. In their old house on Fairholme, there was a basketball court in the backyard. I remember spending countless afternoons out there shooting hoops with him. Of course, he was much better than me, but if he was ever exasperated by my inability to score from just 3 feet away, he never showed it. I have a distinct memory of practicing with my grandpa, who was moving farther and farther from the basket, until he was on the deck. Even from there, he was still making all the shots. It was because of him that I developed a love for the Toronto Raptors. And in 2001, he took me to my very first Raptors game at what was then the Air Canada Centre.

On the other hand, a few years ago when the Blue Jays were doing well, 公公 forbade me from going to any more games, because every time I went, they would lose.

Above all, our grandfather loved God. Whether as an elder, as a choir member, or sitting in the back pew at MCPC, he served God faithfully. I remember going up to his study to do my homework after school and always seeing his bible open on the table. And after I moved to Kingston, I would call him and my grandma, and at the end of all our phone calls, he would remind me to pray and read the bible.

In recent years, even as he struggled with various health problems, 公公 was a joyful man. He really liked going out for dinner with our family, and he especially loved when his other granddaughter, Dorothy, got ice cream for him whenever we went to a buffet.

We’ve always looked up to our grandfather, and not just because he was much taller than us. In fact, he felt much taller than he actually was, because of his presence, and the feeling of protection we got when we were around him. We are going to miss him a lot, but his legacy and impact lives on in all of us. We will remember him through the songs that we sing at prayer meetings, through the calligraphy and the paper swans that dot our homes, and through the enduring wisdom and faith that he passed on to us. We can continue to praise God even in this difficult time, knowing that 公公 is now running and singing with our Father in heaven. 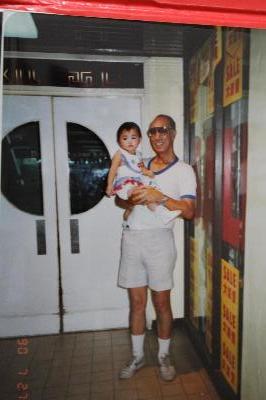