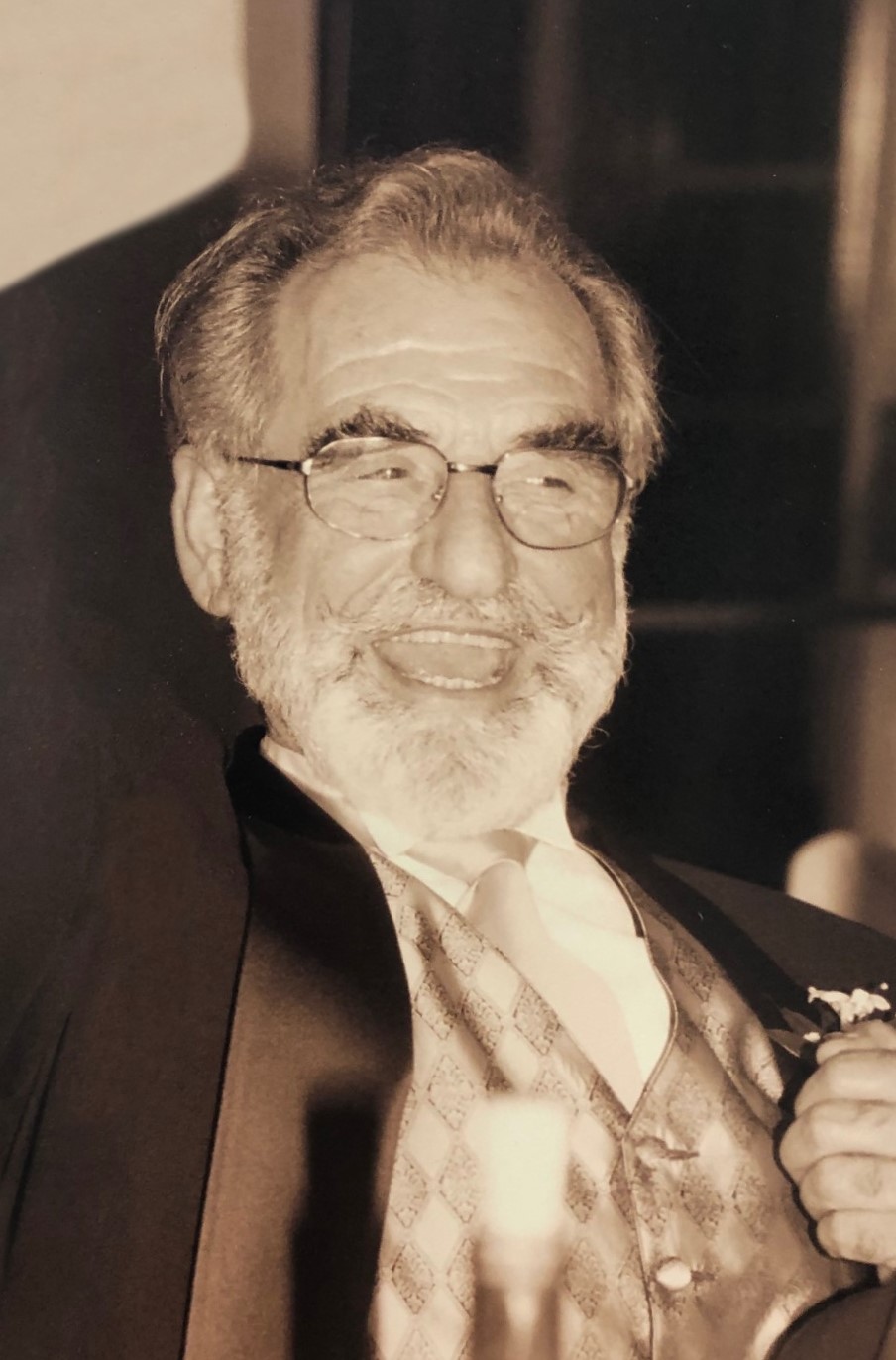 John Panagiotis Dellaportas was born on August 15, 1926 at his family home in Athens, Greece to Theodora (nee Georgaki) and Panos Dellaportas on the sacred feast day of The Assumption of the Virgin Mary. His mother remembered the church bells ringing for the evening service shortly after his birth. He was the eldest of four children and brother to Demetrios, Konstantinos and Francesca (Halikias). His Godfather was Aristotelis I. Valaoritis, grandson of the famed Greek poet, author, politician of the same name. John was named after his Godfather's father.

In his formative years, John was raised between Athens and the Ionian island of Lefkada. In Lefkada the family chose to spend most of their time on the uninhabited islet of Arkoudi especially during the war years (WWII & Greek Civil War) where they farmed and herded sheep and goats. People suffered extreme hardships during this time but John remembered it fondly and recounted many stories about what hellions he and his brother Demetrios were. They would regularly swim the 3.8 nautical miles back and forth between Sivota Bay on the main island of Lefkada and Arkoudi giving their mother heart palpitations for this and their other shenanigans. In another instance during the WWII Italian Occupation when John attended the Boy's Public High School in the main town of Lefkada, he acquired quite the reputation when he punched his Italian teacher for making disparaging remarks about Greeks. It's a wonder his mother lived to be 102 years old.

In his early adulthood, John studied Political Science and Law in Athens but had more interest in adventure and enterprise. One of his first businesses was a poultry farm in the Athens suburb of Ilioupoli where his family and many other Lefkadians settled. He also served in the Greek Air Force as a captain during the Civil War. In the early 1950’s, his sense of adventure led him to attempt immigration to America with his brother Demetrios following their father's initial footsteps in 1908. While his brother was allowed entry into the United States, he ended up in Canada as a bonded labourer. Arriving in Halifax on the SS Jerusalem with his two cousins Mike Halikias and Mike Lazaris, he travelled to Montreal by train where he was processed then sent to the Northwest Territories to build a new portion of the CN Railway. Given the harsh conditions of the Canadian wilderness, one month into his six month contract and after a bear shook the boxcar he was sleeping in, he hitchhiked his way to Calgary on a supply truck. From there he eventually made his way to Toronto.

His first job in Toronto was washing dishes during the overnight shift at the Columbus Restaurant located at Wellesley & Sherbourne. He moved on to become a floor supervisor at the Mr. Christie Lakeshore Factory (his family still buys Mr. Christie cookies because of this) and eventually becoming a manager with Gordon McEachern Janitorial Services. In 1955, he bought himself a truck, a bucket and a mop and started his own commercial cleaning company. He met his wife Harriet (Χαρίκλεια) while renting a room in the Petras family home. Fani Petras was good friends with Harriet's mother, Anastasia. Harriet's first impression of John was the shoes he kept by the door and how well-shined they were. They met face to face and married in 1957. Soon thereafter he was joined by his brother-in-law Anthony (Tony) Smilis and J&A Floor Cleaning Company of Canada Limited was born. The business grew rapidly as did the family. In 1959 John and Harriet welcomed their first daughter Theodora (Terry) while they lived with Harriet’s Uncle, Nick Smilis and his wife May on Avenue Rd. Theio Nick owned the Varsity Diner on Bloor at Spadina while Aunt May baked the best apple pies. A year later the family welcomed their second daughter Anastasia (Anna) and bought their first house at 35 Bellhaven Road in Toronto’s Upper Beaches neighbourhood. By 1962 their son Peter was born and by 1967 they had moved to 41 Elinor Avenue in Scarborough.

In 1964, John Invested and started developing properties in Greece with his brother Konstantinos. Their first project was an apartment building at Frinis 21, Pagrati, Athens. They went on to develop over 300 projects in Athens over the next 20 years. By 1969, John and his family moved to Athens, Greece. Living in Greece was an exceptionally good time for the family. No one can forget John's beloved Mercedes, a diesel tank of a car packed with kids, dragging a boat off the back. They climbed every mountain and swam off every beach. They picked olives, fished on kaikia boats at 3 am with local fishermen and studied every ancient rock they stumbled upon. During one of these adventures, John also heroically saved a swimmer in the Saronic Gulf who was being drowned by an octopus. After saving his life and ensuring the octopus was saved for food, John later lamented that the man he had saved didn’t even give him a leg of the octopus for meze! On another trip, as John launched his boat in the water from a trailer hitched to his car, that beloved Mercedes was dragged into the sea. Rather than display anger, in typical John fashion, he watched it sink, shrugged his shoulders and began to laugh. The adventures continued.

After many years in Greece, John, Harriet and their children returned to Canada where he was blessed with eight grandchildren - Cerise, Hillary, Dimitri, Magdalene, Patricia, Joanna, Alexia and Stephano. He was fortunate to also have a great grandson Constantine. When John married his second wife Anna Metallinos he became a loved Stepfather to Alex and John (Pauline) and Stepgrandfather to Andrew, Alexander, Anna, Aiden and Austin.

John lived life to the fullest and possessed what the Greeks refer to as philotimo. It encompasses many fundamental virtues describing a person who possesses pride, honour, sacrifice, heart, generosity, courage and love of family and community. He played an active role in the Greek community in Toronto, the business world both in Greece & Canada and served as President of NSL Toronto Hellas soccer team from its inception well into the 1960's. His company operated for over 50 years and eventually morphed into J+A Cleaning Solutions Ltd. which is currently owned and operated by his son-in-law Spyros Kourkoutis and grandson Dimitri. He acted as mentor to and employed many Greek immigrants. His home was a safe haven for many newcomers.

He was the quintessential Leo—an extroverted bon-vivant with a flair for eccentricity, impeccable grooming (he sported his signature moustache for the majority of his life) and good fashion (he wore pink shirts before pink shirts were cool). His family will miss his incredible sense of humour and his signature Dellaportas laugh. He will always be remembered as a force of nature who never gave up, who looked at life with optimism and an endless sea of opportunity. He was an adventurer who knew no bounds with a generous heart, thought provoking wisdom and had a deep love for all his children. His legacy lives on in them and their own children.