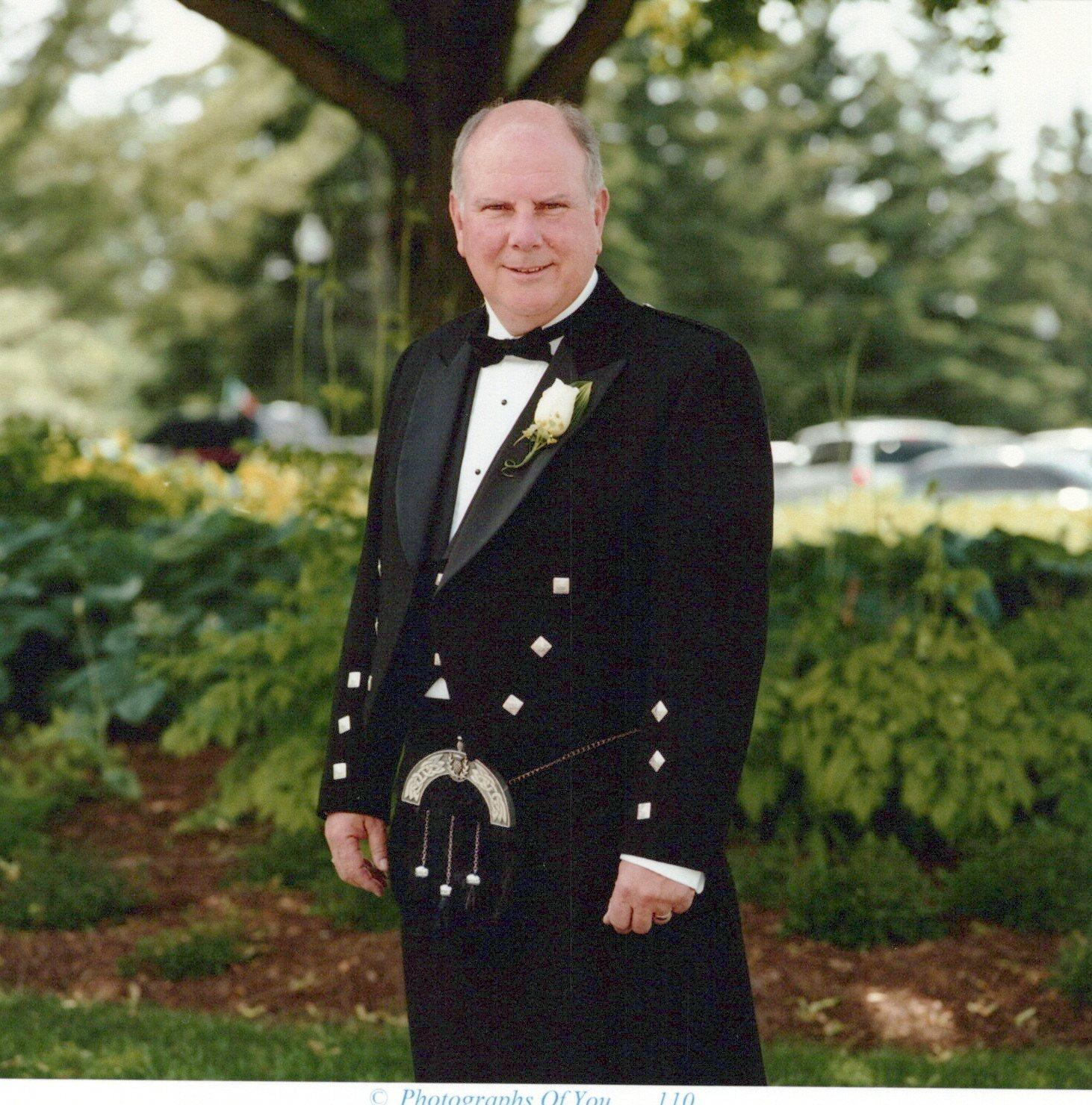 Bathed in the warm hues of the rising sun, our beloved John Coull slipped peacefully from this life into the next, following a stroke.

John was born on February 17th, 1951 to parents Margaret and Robert Coull. He grew up in Scarborough, along with his two younger siblings, Doug and Sandra. John discovered a love for music and golf early on, and both passions stayed with him his whole life. In particular, it was jazz and big band that captured his heart strongest; John’s “working music” at home was usually Arturo Sandoval, Maynard Ferguson, or Dizzy Gillespie, at maximum volume.

While John was often busy with work or playing trumpet with Toronto big band The Skyliners, he found time for golf as often as he could. Son Colin shared John’s love for golf, and the two played together as often as they could. John loved the annual “Guys’ Golf Trip to Myrtle” with Colin, Doug, and a few of their friends, spending a week golfing in autumnal Myrtle Beach.

John and Brenda (nee Burke) married in 1974, and had two children: Colin (Tori; Kingston and Kenzie) and Cheryl (Jasen; William). John always made time for his children’s activities, including Colin’s Scouting activities and Cheryl’s many dance competitions; he was always an enthusiastic cheering section! When his grandchildren came along John was just as excited, taking them to playgroups and parks, out for Timbits, and learning everything he could about what they enjoyed. He learned a great deal about superheroes (Kingston), princesses (Kenzie), and Star Wars (William), listening happily to everything they taught him.

After a career with the Toronto Police Service and the Ontario Fire Marshalls office, John spent the final years of work with Origin and Cause, Inc. Always eager to solve the mystery, John’s police skills and fire investigation skills kept him curious and determined, eager to apply what he knew to the pursuit of justice and answers. John retired in 2016, making even more time for his greatest passions: his family, his trumpet, and his golf.

While we are all brokenhearted to say goodbye, we are thankful for the time we had together, and all the beautiful memories. Ever in favour of a morning round of golf, John no doubt had an early tee time the sunny morning he left. Hit ‘em straight! We love you.

Pine Hills Cemetery & Funeral Centre
625 Birchmount Road, Toronto, ON, CANADA, M1K 1R1 Get Directions
Tuesday, 7 Sep 2021 9:00 AM - 11:00 AM
Info: Due to COVID-19 Room capacity is limited to maintaining physical distancing requirements and use of Face Coverings are mandatory while inside all facilities. In order to provide all attendees to pay their last respects please be mindful and limit your time in the room.

Pine Hills Cemetery & Funeral Centre
625 Birchmount Road, Toronto, ON, CANADA, M1K 1R1 Get Directions
Tuesday, 7 Sep 2021 11:00 AM - 12:00 PM
Info: Due to COVID-19 Room capacity is limited to maintaining physical distancing requirements and use of Face Coverings are mandatory while inside all facilities.