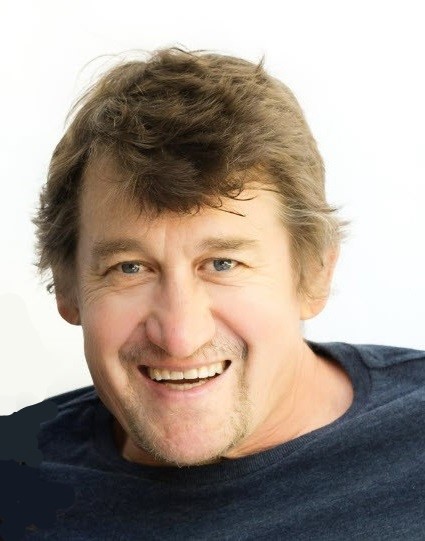 John (Jay) Brian Blasdale, of Collingwood, Ontario passed away on Sunday, June 19th, 2022, at the age of 56 after a brave battle with cancer.

Born and raised in Toronto, Jay had a very close bond with his parents and siblings; they were always present in each other’s lives. With many shared interests, Jay admired his father his entire life. His mother Carol, who Jay adored, referred to her son as her “Precious Johnny”. For a few years in their twenties, he and his sister Suzanne shared a house on Montrose Ave, which became home to Jay and a few of his best friends for close to ten years. Jay and Haein then lived in their house up the street from Suzanne’s, until he, Haein and Brian moved to beautiful Collingwood. Their younger brother Patrick, who was always welcomed, brought a fun-loving energy into their homes. The extended Blasdale family have fond memories of early days together in Muskoka, where Jay first fell in love with northern Ontario.

Jay studied business at Ryerson University where his father Brian was a professor of finance. Graduating into a recession, Jay found employment as a painter, then apprenticed at a construction company. Jay’s strong work ethic and workmanship moved him quickly up the ranks to a foreman. With an ambition to work for himself and using his innate ability to fix, build and design, he became a self-taught master carpenter. His impeccable craftsmanship made him a much sought-after carpenter. Jay’s work has been featured in architectural/design magazines.

Jay was a natural storyteller and a big thinker, with an insatiable curiosity. He had an instinctual ability to navigate and he loved to study maps and geography. Jay was also a history buff with an impressive knowledge of world wars.

He met the love of his life, Haein Kim-Blasdale in 2002. She was instantly drawn to his passion and appreciation for the beauty of nature, and together their adventure began. Ten years later, they welcomed their beautiful son Brian (Mini-Jay) into their world.

Jay’s love of the outdoors – fishing, swimming, camping, boating, and hiking – naturally became a shared love with Brian. His understanding, knowledge and skills for outdoor adventure was endless. “Work is fun – fun is work”, he would always say. Their beloved dog Farley joined them 3 ½ years ago, to complete their family. Cottaging and camping in Temagami, boating and fishing off their brilliant blue King Fisher, swimming and snorkeling at Brian’s Island (known to be their “Happy Place”), became a cherished summer tradition. Jay was a devoted family man. Creating meaningful, enriching experiences with Brian, Haein, and Farley was his highest priority. They did everything together. One of the last things Jay said to Haein was, “We had fun.” And they certainly did. Thank you, Jay.

Jay had a quick wit and didn’t waste words. His sense of humour could be subtle and often made people laugh out loud. He was a loyal, life-long friend to many, a generous soul with a huge heart; a beautiful man to be admired.

His life on earth was taken too soon, but his spirit, his memory, and our love will forever live on.

If you wish, in lieu of flowers, donations may be made to the Canadian Cancer Society, Princess Margaret Cancer Centre or Kensington Hospice.