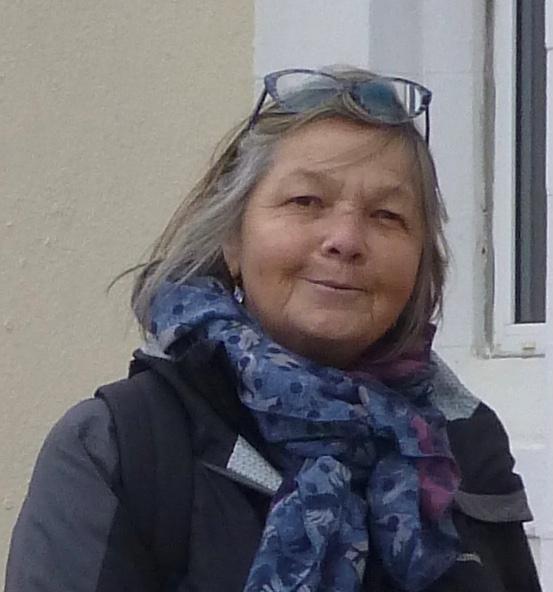 Joanna Berlinghoff passed away November 9 at Bridgepoint Hospital with her partner Ronald Cooper, sister Terri Hilborn, and brother-in-law David Hilborn by her side. She had lived quietly and courageously with type one diabetes for six decades, but after a short difficult battle, succumbed to cancer.

Joanna would be the first to say she was blessed with a wonderful life. Born June 11, 1951 into a loving family she had a happy childhood which included summers spent at Sauble Beach at her grandparents’ cottage surrounded by the McLeod clan of cousins. She attended Lorne Park Secondary School in Port Credit and enjoyed the same group of friends throughout the five years.

Joanna always had a sense of adventure and spent a couple of summers travelling southern Ontario with friends working as a barker for the Conklin shows. A gap year after grade 13 saw Joanna hitchhiking through Europe as far as Istanbul. Returning to Toronto she just couldn’t settle down. She decided to study abroad so applied to and was accepted at the University of Lausanne, Switzerland in 1973. She spent five years there studying French, working, travelling, and meeting people from all over the world. While at the University she worked part time at a language school teaching English as a foreign language and so found her calling - teaching English as a second language to adults.

When she returned to Canada, she taught high school French and ESL at two private language schools. While teaching, Joanna went to George Brown College to attain her TESL certification. In 1988 she was hired as a tenured professor at GBC where she met her life long companion Ron. Among many mutual interests Joanna and Ron enjoyed travelling. Canada, the Caribbean, South America, Europe, south east Asia, Australia and New Zealand, their favourite destination, which became their second home for 15 winters (their summers). Joanna was an avid reader and boisterous tennis fan.

A very generous person, Joanna, Jan or Jansy to her family, annually contributed to several charities among which was Worldvision sponsoring several children over several decades. She enjoyed volunteer work at Community Centre 55 in Toronto’s East End and after retirement she continued teaching helping new immigrant women with their language skills.

Joanna would like her friends and family to know how much she valued each and everyone of them. Many of her friendships lasted decades. Vanessa and Lynn were especially precious to her. Nothing gave Joanna more pleasure than finding the perfect gift or card for a friend or family member. She will be missed by all who met her.

A celebration of Joanna’s life will be held at a later date.