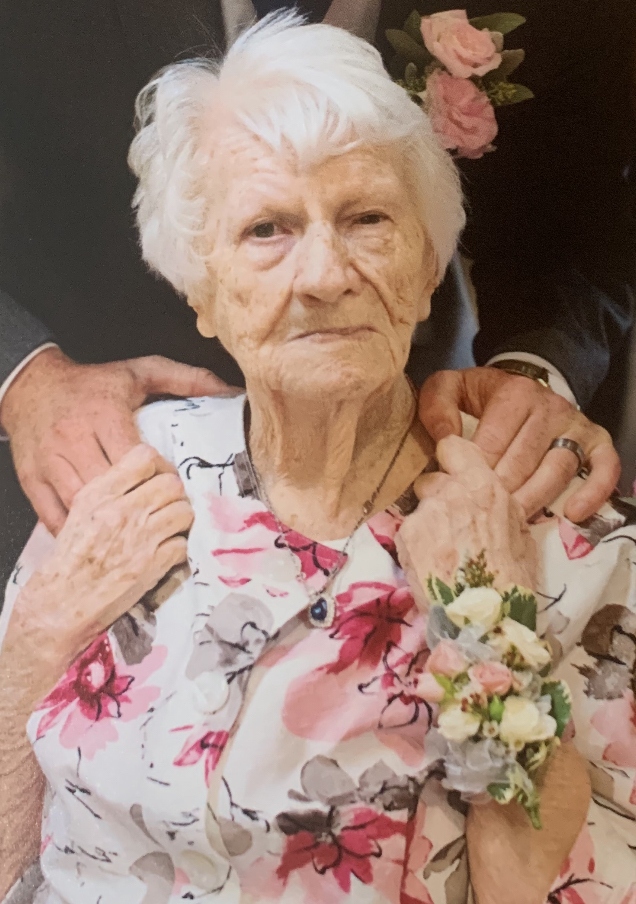 Joan was born August 12th, 1931 in Toronto, Ontario to the late Glyn and Irene Chilvers. Joan was the eldest of three children, predeceased by the late Eleanor Dale (Jerry) and remembered by her brother Glyn Chilvers (Sharon).

Joan was married to the late Jack Chatten and together they had 5 children; predeceased by the late John Chatten (Deb) and remembered by Carol Blea (Bill), Ken Chatten (Lori), Diane Chatten and Jeff Chatten.

Joan touched the lives of many. Through her dedicated years working as a crossing guard in the Toronto area, participating in many bingo events (and winning her fair share), annual trips to the Exhibition (specifically the birthday game) and frequenting local restaurants (where she would welcome any conversation that involved her beloved Toronto Blue Jays).