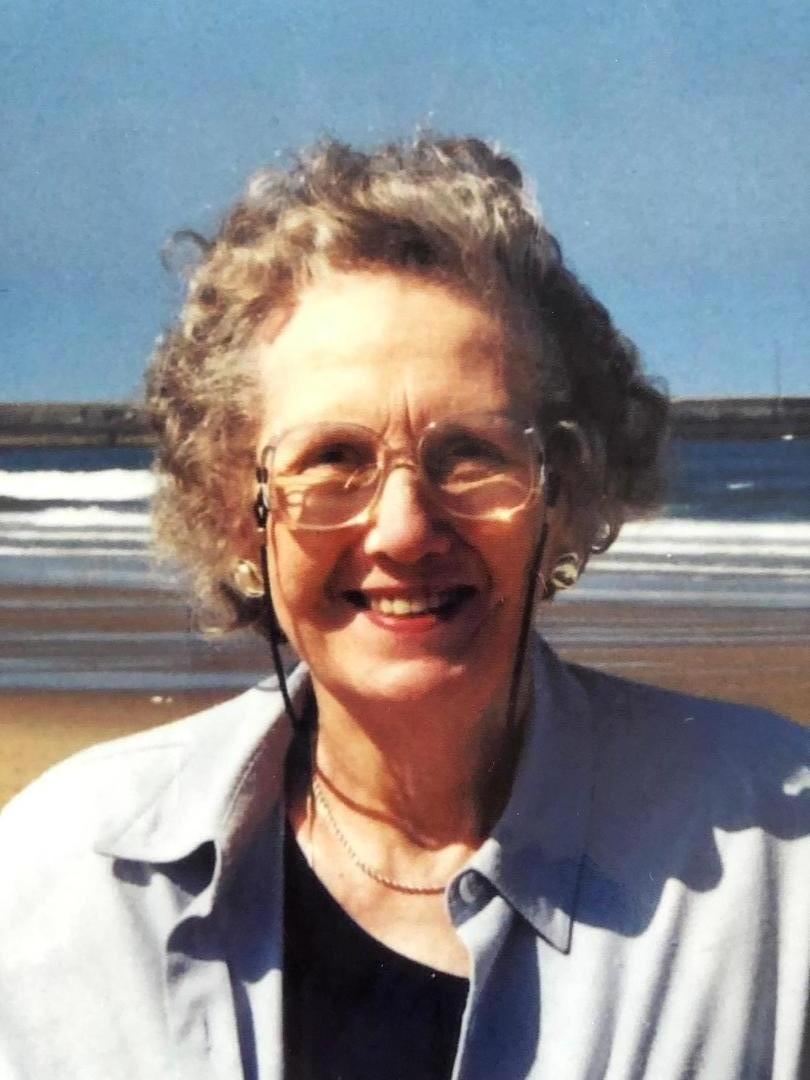 Joan Graham (née Mason) died peacefully on Friday October 1, 2021 at Kensington Gardens in Toronto. As the family matriarch, she will be dearly missed by many, including her daughter, Brenda, her son-in-law, Scott, and her grandchildren Caroline (Kevin), Andrea (Brian), Stephanie (Michael) and Ross (Sue). Her six great-grandchildren will also miss their “GG”. Joan was predeceased by her husband, Matt, her daughter, Sue, and her son-in-law, Mike.

Joan Graham was born on March 16th, 1920 in Tynemouth, England. She was the only child of Elsie Sowerby and Thomas Mason. In childhood, she moved often, living in various places in England, Ireland and Scotland. She was very bright and performed well at school, placing third in the county in her grammar school entrance exam, after which she selected nursing as her vocation.

As a nurse, she trained at the Royal Victoria Infirmary in Newcastle and worked there for over a decade, including the war years. She later became a district nurse until she and Matt immigrated to Guelph in 1957, where they found family and community.

Joan remained in Guelph for over 50 years. She spent the rest of her career at Homewood Health Center, first working as a nurse and subsequently as an activity therapist. She was also an active volunteer. She was on the library committee at her church, acted as a museum guide, and also provided support to those who were experiencing grief.

Joan loved to read and you could always find her with a book in hand. She was also a creative and talented crafter, often knitting, crocheting or creating something, and was an enthusiastic member of miniaturist and embroidery groups in the Guelph area. Her loved ones will forever treasure the handcrafted gifts that she lovingly made for them.

Joan’s 101 year journey left a lasting imprint on many lives. She was effortlessly patient, open-minded, accepting, loyal and kind. She was quick witted, adept with her words and had a playful sense of humour. She was deeply committed to her family and cherished by us all. She will be lovingly remembered as a caregiver, an active listener and a pillar of strength for many.

Our family would like to thank all of the staff at Kensington Gardens. We have a profound admiration and appreciation for all that you do and have done for our family and we are deeply grateful for your care and support of her (and us) in her final years.

After a private family ceremony, Joan’s final resting place will be with her husband at Woodlawn Cemetery in Guelph.

Joan’s family would love to hear your memories of her. They can be shared on her memorial page: https://mountpleasantgroup.permavita.com/site/JoanGraham10.html

In lieu of flowers, donations can be made to Kensington Health Foundation. Donate at www.kensingtonhealth.org/memorial-giving