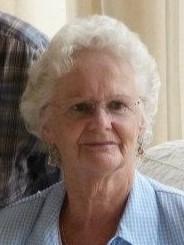 Jessie Louisa Meinig (nee Eddleston), of Toronto, ON, died peacefully on Friday, June 17, 2022 at Mount Sinai Hospital surrounded by the warmth of love and care of her family, a reflection of what she so easily gave to them over her life. Jessie was born on August 1, 1934 in Lloydminster, Alberta to Louisa Eleanor (nee Killen) and John Eddleston and grew up with her brother Joseph on the family farm. Recently predeceased by her beloved husband, Walter Meinig, their bond and enduring love and affection were an inspiration to their family throughout their 65 years together. Meeting in Lloyminster, Jessie and Walter moved from the Prairies to Toronto to build their life and raise their four children: Elaine Meinig (Thomas Payne), John Meinig, Dianne Skinner, Sandra Meinig (David Hayes) . Never one to be idle, Jessie returned to work in 1978 to join the new travel agency Fiesta Wayfare and subsequently as the Administrator to Wynford Surgical Hospital. Upon both their retirements, Jessie and Walter spent many happy years living in Barbados, where she dedicated herself to the charity work of the Canadian Women's Club, including her role as Treasurer, before returning back to Toronto in 2013 to enjoy time with her children and grandchildren: Mara Payne (Johnny Picklyk), Madeleine Payne (William Wolfe) and Megan Skinner (Drew Barootes). Jessie is remembered by all who knew her as a kind, compassionate and loving person, always there to support those around her and help where she could. A celebration of Jessie’s life will be held on Saturday, July 9, 2022 at Mount Pleasant Funeral Centre, 375 Mount Pleasant Road, Toronto, ON at 3:00 pm with a reception to follow. In lieu of flowers donations in Jessie’s memory may be made to Parkinson Canada and Mount Sinai Hospital in Toronto.