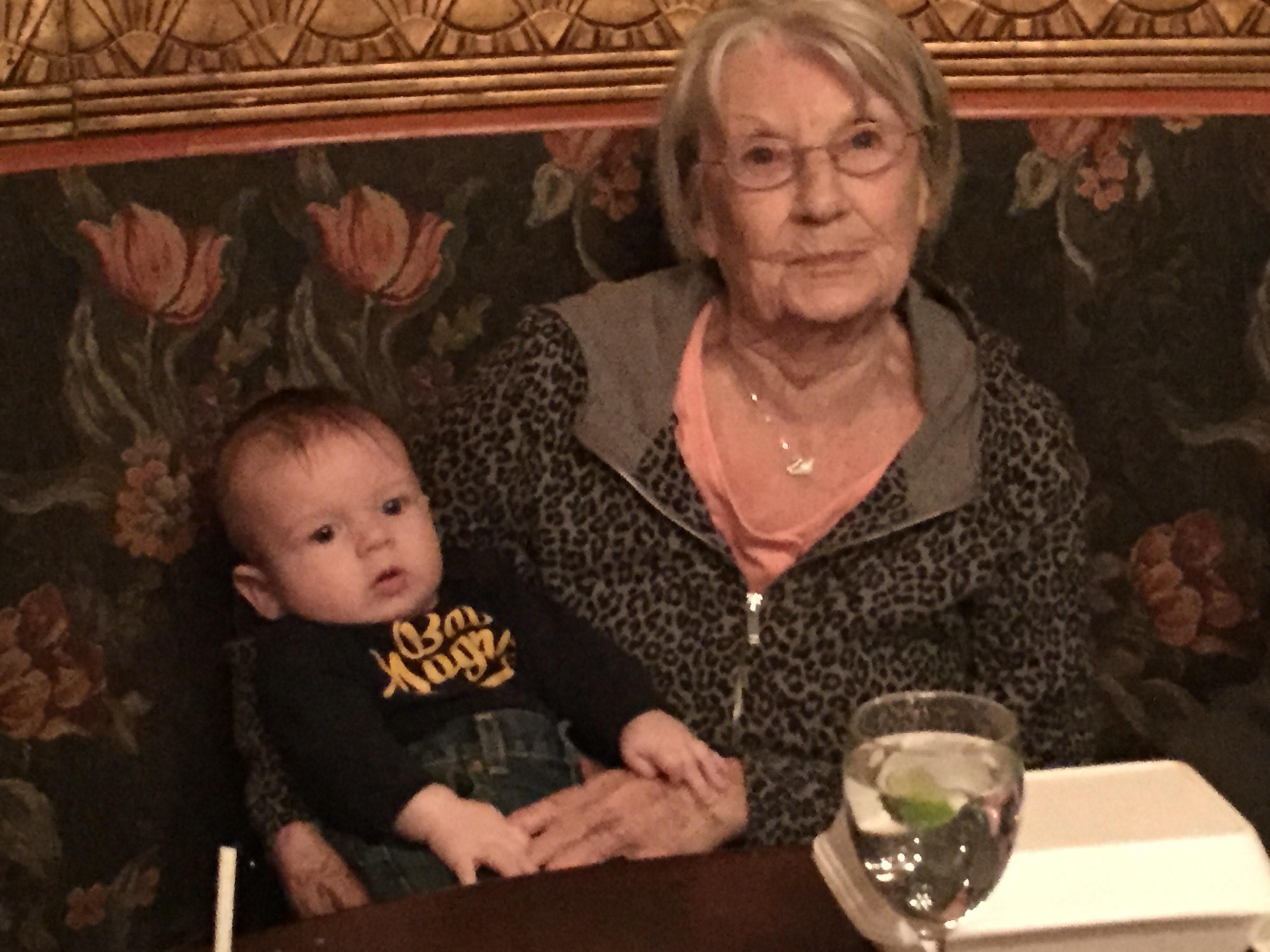 Passed away on Friday July 3, 2020 at 12:07 a.m., surrounded by her loving family Jean left us to begin her next journey. Born in Southport England in 1930, Jean immigrated to Canada in 1951 to join her future husband
JA ( Paul) Stafford. Jean was a loving mother to Dale, Jim and Mark and mother in law to Christine and Laura. Grandma Jean will be sadly missed by Devon, Desiree and Charlie, Janine and Matt, Michelle, Christopher and Jeannine, Rhiannon, Lily and Leo. Jean was a proud great grandma to Jamason and Maxwell and will forever be
the brightest star in the sky watching over them. Jean also leaves behind her dear sister Ina Holland ( Christine, Nicola and Dan, Charlie and Bea) and brother Jeffrey Baxter ( Barbara, Andrea, Allison). Jean led a fulfilling and rewarding life. She has... Seen the Northern Lights from the beaches of Southport, England. Has seen icebergs and whales in Newfoundland and kissed the cod. Has taken a hot air balloon ride over the deserts of Arizona. Experienced a ride on the London EYE in London , England. Took a flight in a two seater plane over the sea and beaches of Southport. Visited the Roman baths in England and was driven over the Roman roads. Visited the south side of the Grand Canyon and took a boat trip on the Colorado River. Experienced the second World War. She was only 9 years of age at the start. Has dressed in Bedouin outfits on a trip to the Sahara Desert, seen a mirage and lots of camels. Has visited an Oasis in Tunisia, in North Africa. Has walked on ancient lava from a volcano on the island of Majorca, off the coast of Spain and visited the bull rings. Cremation has already taken place and a celebration of her life will take place at a later date once COVID-19 restrictions are lifted. the family would like to thank St. Elizabeth /Tammy Latimer Palliative for their amazing care during her final days.
In lieu of flowers, Donations in Jean's memory may be made to a women's, children's or Indigenous charity of your choice. In Jean's own words.. "You can shed tears that I have gone or you can smile because I have lived" Till we meet again..
Order Flowers
Make a Donation
Help Extend the Memorial
Order a Keepsake Book