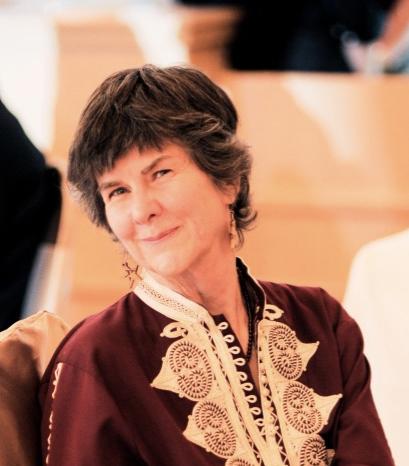 Jean was an accomplished social worker, and socialist, having obtained her Masters of Social Work (1967) and Education (1979) degrees from University of Toronto. She lived by her beliefs, championing a wide range of social justice issues throughout her life. Active in the Student Christian Movement (SCM), she worked at summer industrial work camps both in Toronto and Montreal (she met John at an SCM talk he gave, they married in 1958) and then engaged in international causes. In August 1963, Jean spent a summer in Europe and Russia to attend the Women's Peace Conference in Moscow. Her career in social work started at the Queen Street mental hospital (1964-69), before working as a family social worker at the Jewish Family and Child Service (JF&CS, 1969-81), helping many families and children.

One of Jean’s favourite activities was gardening at the country house she shared with her brother and sister in Brucefield, the area where her parents were born. Jean was an avid reader, both for the books and the many friends she made at the book club she was part of for many years. In 1981 Jean left JF&CS to embark on another great passion, travel. She pulled all her pension and moved to London as her base for a year, taking long trips across the UK and Europe to attend theatre festivals and even searching for ancient Greek Goddesses. On returning to Toronto in 1983, she joined the Toronto General Hospital as a social worker, becoming life-long friends with many of her colleagues.

Jean’s passion for travel continued throughout her life, spending many months visiting and sometimes living in over four dozen countries across five continents, and making friends in India, Africa, Australia, and with fellow travellers.

Jean’s activism in social justice groups only increased upon retiring (2001). Many of these activities were centred around her church, Metropolitan United, where she was active in roles ranging from Co-Chair of the Peace and Justice Committee to Presbytery Representative for Toronto South East. She was also a member of a wide range of committees, including the Refugee Committee and Christian Education Committee. She was also very active outside of the Met, being chair of the Holy Land Awareness and Action (HLAA) group, making many friends travelling to Palestine.

We will miss Jean’s kindness, warmth, and ability to listen without judgement which touched many people.

Jean spent the final two years of her life at Kensington Gardens LTC, under the loving care of many wonderful people who also looked after her soul through care, music and kindness. Jean’s family are thankful and grateful to all those individuals who cared for her.

A Service of Remembrance will be held at Metropolitan United Church at 56 Queen St E in Toronto on Saturday October 30th, 2021 at 1:30pm. Please book at bit.ly/JeanELee-Memorial as seating is limited. The service will be live streamed for those unable to attend: bit.ly/JeanELee-Stream. Donations in lieu of flowers, to the Metropolitan United Church, please use the Donate tab at www.metunited.org.

(The family wishes this to be a private event.)
Mount Pleasant Cemetery, Cremation & Funeral Centres
375 Mount Pleasant Road, Toronto, ON, CANADA, M4T 2V8 Get Directions
Saturday, 4 Sep 2021 10:00 AM - 10:30 AM
Info: Due to current COVID-19 gathering restrictions attendance will be by invitation only
Order Flowers
Make a Donation
Help Extend the Memorial
Order a Keepsake Book