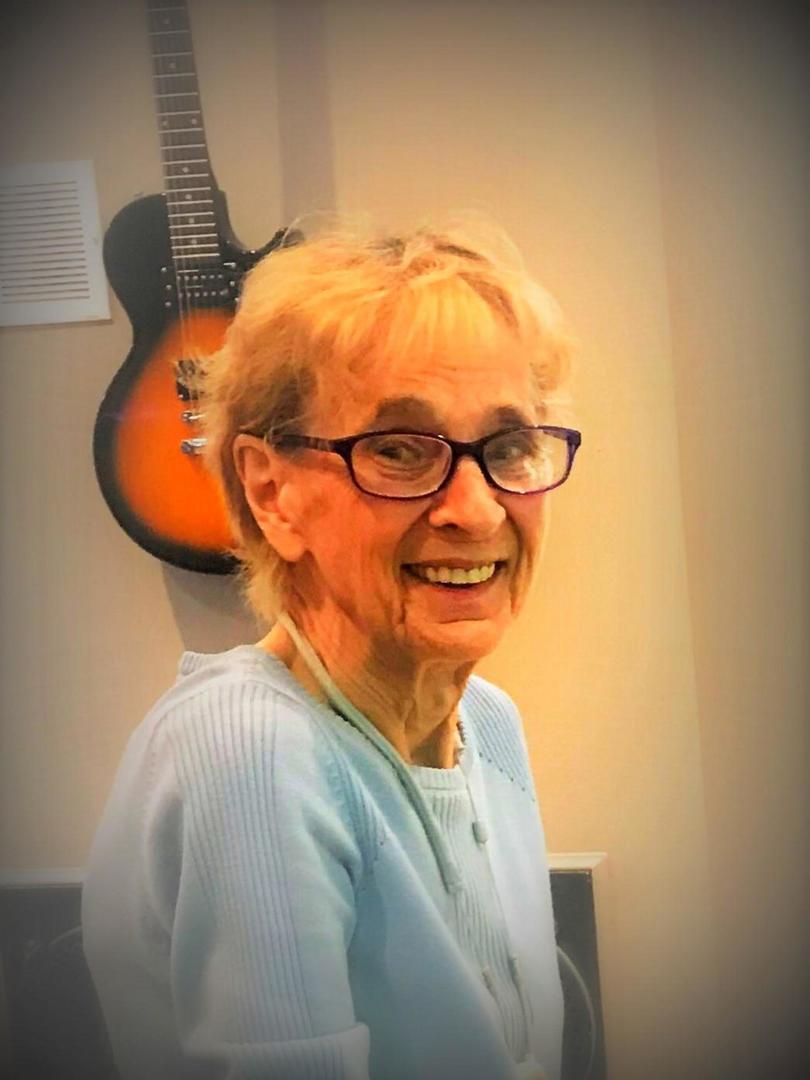 Janet will be remembered for her deep love and devotion to her family. She was the glue that held the family together and the one the family leaned on for family updates, information and guidance. Her love of cooking and expertise in the kitchen was second to none and she was famous for her perogies and cabbage rolls.

Janet was born in Glace Bay, Nova Scotia on Aug 14th, 1937 to David and Agnes Kazimer. She was the 2nd oldest of their four children (Theodore, Ivan and Linda who are all predeceased). After graduating from high school, she started working as Clerk, Engineering at the Royal Canadian Air Force Station in Sydney, NS and met her future husband, Flying Officer Dennis O’Leary. They married at a young age and had started a military life together that took them to new towns across most of Canada, France and almost Vietnam. Along the way, Janet became Mom, to four children, 3 boys and 1 girl. After 17 years of military service, they settled in Toronto, Ontario and have been in the same house since 1978.

Janet was a stay at home mom and returned to the workforce after her children were old enough for school. One of her favourite jobs was as a menswear salesperson at the Winnipeg Eaton’s store. She loved shopping, finding a good deal and enjoyed helping people to look smartly dressed.

She joined Ontario Hydro as a secretary in 1978, and retired after 15 yrs of service in 1993. She was described as vivacious, energetic and a wonderful person to be near.

Janet also had a love of bingo and slot machines and could be seen at various casinos on occasion. She knew how to win and she was always showing others her way. It was exhausting to keep up with her in casino.

Mom’s favorite time of the year was Christmas. This gave her the opportunity to 1) shop, 2) find deals, 3) overfeed everyone with those perogies and cabbage rolls, and 4) most importantly, bring the family together. Her pride and joy was the family and home town she came from. Her joy grew even more with the new family she created with her husband, her kids, her grandkids and her great grandkids that brought out a special love and devotion she had for everyone. She loved to entertain her family and she made the house a home.

Janet passed away peacefully on Friday, Aug 27th, 2021 at Lakeridge Health Hospital, following a courageous battle with cancer. We couldn't be more thankful to her wonderful and dedicated caregivers at Lakridge Health, Centenary and Sunnybrook Hospitals.

Her memory and legacy will forever be cherished by her husband Dennis of 63 years, and her four children, Edward (Joan), Bruce (Gillian), David, and Karen (Aaron). She was a devoted Baba to her seven grandchildren, Meaghan (Chris), Tracy (Adam), Dennis, Jenna (Judd), Andrew (Sam), Tyler and Lindsay and six great grandchildren Maverick, Emma, Sophie, Charlotte, Lachlan and Isla.

Mom will be missed more than she will ever know.

The Simple Alternative - Pickering
1057 Brock Road, Pickering, ON, CANADA, L1W 3T7 Get Directions
Saturday, 4 Sep 2021 1:00 PM - 3:00 PM
Info: Please note that we are following Covid Gathering Protocols, allowing 30 people into the building and cycling guests accordingly. Face masks must be worn at all times and we encourage 2m social distancing.

The Simple Alternative - Pickering
1057 Brock Road, Pickering, ON, CANADA, L1W 3T7 Get Directions
Saturday, 4 Sep 2021 3:00 PM - 4:00 PM
Info: Please note that this is a Private Family Only Event, please leave an online condolence, share a memory or donate on behalf of Janet on this online format.
Make a Donation
Help Extend the Memorial
Order a Keepsake Book